The Federal Reserve on Wednesday approved the largest interest rate hike since 1994 as officials try to tame runaway inflation, which surged to another 40-year high in May.

The Federal Reserve on Wednesday raised its benchmark interest rate by 75-basis points for the first time in nearly three decades as policymakers intensify their fight to cool red-hot inflation, a move that threatens to slow U.S. economic growth and exacerbate financial pressure on Americans.

The 75-basis point hike, the first since 1994, underscores just how serious Fed officials are tackling the inflation crisis after a string of alarming economic reports.

The move puts the key benchmark federal funds rate at a range between 1.50% to 1.75%, the highest since the pandemic began two years ago.

Officials also laid out an aggressive path of rate increases for the remainder of the year. New economic projections released after the two-day meeting showed policymakers expect interest rates to hit 3.4% by the end of 2022, which would be the highest level since 2008.

By comparison, the March estimate showed that officials had penciled in rates hitting 2.5% by year's end.

Stocks rallied following the statement, which was approved by all FOMC members except for Kansas City President Esther George, who wanted a smaller half-point increase.

Until just a few days ago, economists widely expected the central bank to proceed with a 50-basis point rate hike — double the typical size — at its June meeting. Policymakers had approved a 50-basis point hike in May and laid out a roadmap for similarly sized increases at their upcoming meetings, assuming that data evolved as expected.

But a dismal Labor Department report last week showed the consumer price index rose 8.6% in May from a year ago, the fastest pace of increase since December 1981, dashing economists' hopes that the inflation spike was starting to fade. And a different survey released Monday showed that households are bracing for notably faster price increases, a worrisome sign because Fed officials believe such expectations can be self-fulfilling.

In explaining the Fed's decision during a post-meeting press conference, Chairman Jerome Powell said policymakers were looking for evidence that monthly inflation was flattening or starting to fall. With consumer prices repeatedly surprising to the upside and inflation expectations unexpectedly climbing higher, officials determined that "strong action was warranted," he said.

Powell signaled that a half-point or three-quarter point increase is most likely in July, though he reiterated that officials will make their decisions on a meeting-by-meeting basis.

"We anticipate that ongoing rate increases will be appropriate," Powell said. "The pace of those changes will continue to depend on the incoming data and the evolving outlook for the economy. Clearly, today's 75-basis point increase is an unusually large one, and I do not expect moves of this size to be common. … We will, however, make our decisions meeting by meeting and will continue to communicate our thinking as clearly as we can."

The question now is whether the Fed can successfully engineer the elusive soft landing — the sweet spot between tamping down demand to cool inflation without sending the economy into a downturn. Hiking interest rates tends to create higher rates on consumer and business loans, which slows the economy by forcing employers to cut back on spending.

Economic projections, known as the "dot plot," show that while policymakers expect rate hikes to conclude in 2023 at a peak of 3.8%, they have also forecast several modest interest rate cuts in 2024, a sign that the Fed could be bracing for a slowdown in coming years.

Although officials painted a mostly optimistic picture of the economy to date, citing "robust" job gains and low unemployment, projections show that policymakers slashed their outlook for gross domestic product in 2022 to 1.7%, down from 2.8% in March. Officials also expect that unemployment will climb slightly to 3.7% this year and 4.1% by 2024 as they push borrowing costs higher and crush economic demand.

"We'd like to see demand moderating. Demand is very hot still in the economy. We'd like to see the labor market getting better in balance between supply and demand," Powell said. He noted that officials will not "declare victory" until there is compelling evidence that inflation is falling.

But the Fed chief rejected the notion that central bankers are trying to induce a recession, arguing there is "no sign" of a broader slowdown. He sought to assure Americans that higher rates will not trigger a recession and that tightening policy is necessary in order to tame prices, which weighed on households nationwide.

"It does appear that the U.S. economy is in a strong position and well positioned to deal with higher interest rates," he said.

Finally, they are taking action.

Good! Artificially low rates have produced the rank speculation which resulted in a bubble and inflation!

Freshman Principal
3  Drinker of the Wry    2 weeks ago

Artificially low rates have produced the rank speculation which resulted in a bubble and inflation!

Exactly, the only  questions now is how deep and how long will the recession be.

I predicted it would peak in the low double digits almost a year ago when the Biden admin was in denial about it.

Professor Principal
4  Sparty On    2 weeks ago

Interesting to see how the markets "sold the rumor and bought the news".

Wouldn’t it be better if they just came out and said hey guys we need to start a recession so that people will stop spending money and stop borrowing and frankly quit groveling for more money from the government while you’re at it. 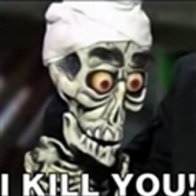