Texas Could Vote to Secede From U.S. in 2023 as GOP Pushes for Referendum

community » Discussions » Category » News & Politics » Discussion » Texas Could Vote to Secede From U.S. in 2023 as GOP Pushes for Referendum

The Texas GOP's platform calls for a referendum so Texans can vote on "whether or not the State of Texas should reassert its status as an independent nation."

Texas Republicans are pushing for a referendum to decide whether the state should secede from the U.S.

The demand for Texans to be allowed to vote on the issue in 2023 was one of many measures adopted in the Texas GOP's party platform following last week's state convention in Houston.

Under a section titled "State Sovereignty," the platform states: "Pursuant to Article 1, Section 1, of the Texas Constitution, the federal government has impaired our right of local self-government. Therefore, federally mandated legislation that infringes upon the 10th Amendment rights of Texas should be ignored, opposed, refused, and nullified.

"Texas retains the right to secede from the United States, and the Texas Legislature should be called upon to pass a referendum consistent thereto." 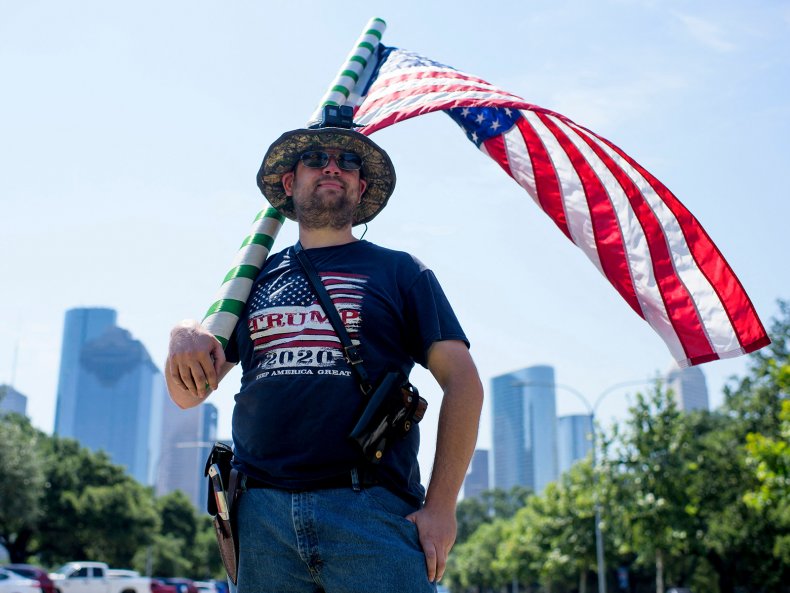 Texas Republicans are pushing for a referendum to see if the state should secede from the U.S. Above, Kenny Wolfam open carries a pistol and wears a "Trump 2020" t-shirt while counter-protesting a "Moms Demand Action" protest at Buffalo Bayou Park in Houston, Texas on June 17, 2021. MARK FELIX/AFP /AFP/Getty Images

In another section on state governance, the platform states that Texas Republicans want the state Legislature to pass a bill in its next session "requiring a referendum in the 2023 general election for the people of Texas to determine whether or not the State of Texas should reassert its status as an independent nation."

The myth that Texas can secede from the U.S. continues because of the state's history of independence, according to The Texas Tribune. Texas declared independence from Mexico in 1836 and spent nine years as its own nation before becoming a U.S. state. Texas then seceded from the Union in 1861 before being readmitted following the end of the Civil War in 1870.

T he U.S. Constitution makes no provision for states to secede and in 1869, the Supreme Court ruled in Texas v. White that states cannot unilaterally secede from the Union.

"If there was any constitutional issue resolved by the Civil War, it is that there is no right to secede," the late Justice Antonin Scalia once wrote.

Still, modern secessionist efforts have continued in the state for decades—and calls to secede tend to become louder when a Democrat is a president, according to the Tribune.

It's not clear how popular the effort is among Texans, but the Texas Nationalist Movement's website claims almost half a million Texans support its work to "make Texas an independent nation again."

The movement's efforts have been promoted by Texas Republicans. Last year, state Representative Kyle Biedermann introduced a bill that called for a "Texit" referendum, which was endorsed by Texas GOP chairman Allen West. The bill ultimately failed.

The bill was rebuked by lawmakers on both sides of the aisle, with Republican state Representative Jeff Leach branding it a "disgrace to the Lone Star State" and the "very definition of seditious."

As well as the issue of a referendum, delegates also voted on more than 270 platform planks as the convention closed on Saturday. The votes will be tallied and certified in Austin, but it is rare for a plank to be rejected, party spokesperson James Wesolek told The Tribune . He has been contacted for additional comment.

Other planks also indicated a further shift to the right for the party, giving prominence to culture issues. The platform describes homosexuality as "an abnormal lifestyle choice," and also declares that the party opposes "all efforts to validate transgender identity."

The platform also calls for a total ban on abortion and "equal protection for the Preborn." Abortion is currently prohibited after around six weeks of pregnancy in Texas, but an imminent ruling from the U.S. Supreme Court could overturn the decision in Roe v. Wade that guaranteed abortion rights nationwide and trigger a law in Texas making abortion illegal.

The new Texas GOP platform also states that the education system should focus on "imparting essential academic knowledge, understanding why Texas and America are exceptional and have positively contributed to our world, and while doing so, also offer enrichment subjects that bless students' lives."

It calls for students to learn about the "Humanity of the Preborn Child," including teaching that life begins at fertilization. It also demands that the state legislature pass a law prohibiting the teaching of "sex education, sexual health, or sexual choice or identity in any public school in any grade whatsoever."

Update 6/20/22, 10:45 a.m. ET: This article was updated to include more information about the history of the Texas GOP and secessionist movement. 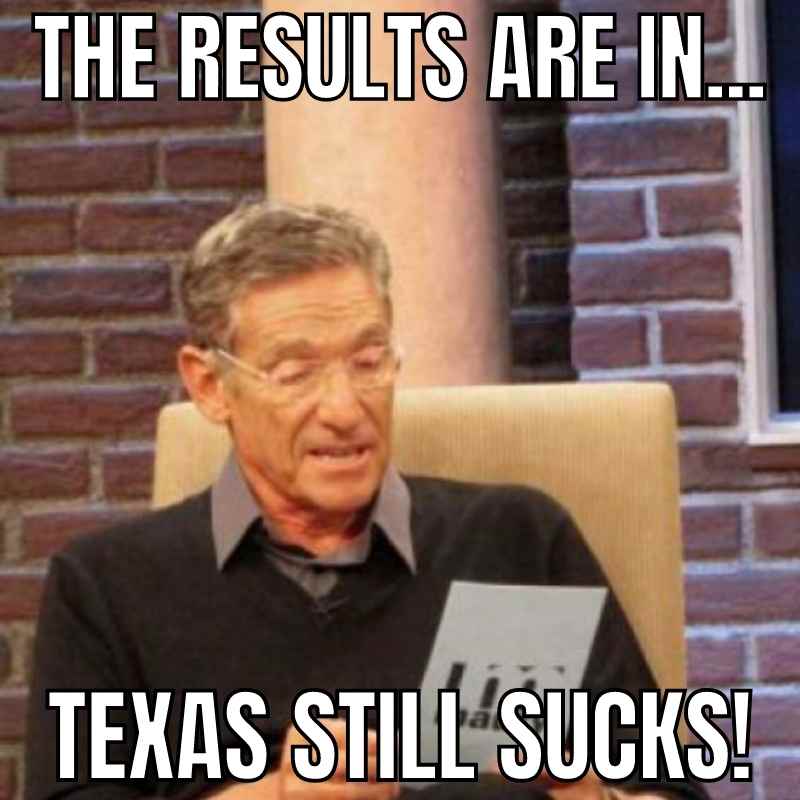 It calls for students to learn about the "Humanity of the Preborn Child," including teaching that life begins at fertilization. It also demands that the state legislature pass a law prohibiting the teaching of "sex education, sexual health, or sexual choice or identity in any public school in any grade whatsoever."

Is it any wonder that the once Grand Old Party of Abraham Lincoln is now known merely as the gop?

Succession? Again? Well, we are talking about Texas!

You know after careful consideration it may be best for the nation to divide into MAGA and democracy camps.  Unfortunately if that happened the balance of power in the World would shift into favor for the autocracies.

A lyric from a Dixie Chick song about Lubbock-----"Has More Steeples Than Trees."  Pretty much sums up Texas.  OIL&Religion.

On an aside, news of Texas wishing to secede is probably the best news Putin has received in quite some time.

Freshman Principal
7  Drinker of the Wry    one week ago

A lyric from a Dixie Chick song about Lubbock.

Exactly, not everyone likes prairie grasslands.  I think that they shortened their name to the Chicks two years ago.

A male human, what are you?