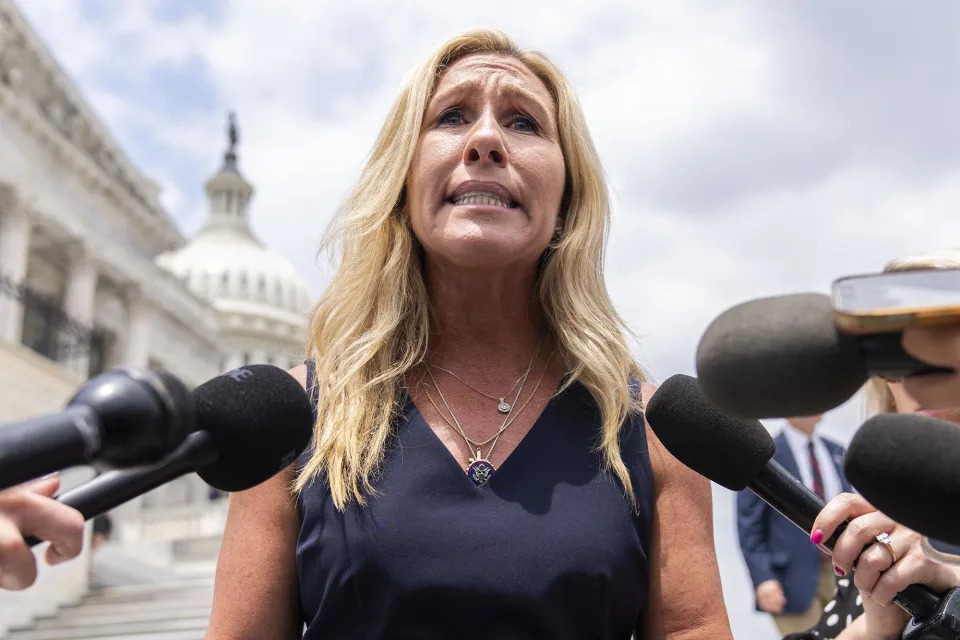 
Marjorie Taylor Greene   suggested Tuesday night   on Facebook   that the 4th of July shooting in Highland Park, Illinois, was orchestrated by Democrats as part of an effort to convince Republicans to support gun control measures.

“Two shootings on July 4th, one in a rich, white neighborhood and another at a fireworks display,” she said, also referencing two police officers who were   shot non-fatally in Philadelphia . “It almost sounds like it’s designed to persuade Republicans to go along with more gun control. We didn’t see that happen at all the Pride parades in June, but as soon as we hit MAGA month, the month that we’re all celebrating, loving our country, we have shootings on July 4th. I mean…”

Photos of suspected gunman Robert Crimo III at Trump rallies emerged after the shooting, but there is no real evidence the massacre was politically motivated . Crimo allegedly shot and killed seven people from a rooftop at a 4th of July parade in Highland Park, a suburb of Chicago, and has since been arrested and charged with seven counts of murder. Crimo  legally purchased the AR-15-style rifle used in the shooting  despite police having previously filed a “clear and present danger” report against him.

Greene and others in the Republican Party   and throughout conservative media   have done all they can blame everything but guns for the shooting. The Georgia representative   tweeted   earlier on Tuesday that “gun control won’t stop this epidemic of evil” and has tried to blame antidepressants, all while spreading misinformation — including   an obviously doctored image   of Crimo in a jail cell — in order to support her narrative.

The nation is still waiting for confirmation of   Greene’s 2018 claim   that the California wildfires were started deliberately by a laser beamed in from space by Jews.

Fox News host Tucker Carlson offered an explanation for mass shootings that managed to be total BS and insulting in equal measure.