Trump 'Has to Be Rattled' as Inner Circle Gives 1/6 Testimonies: Biographer

These are people "who never would have publicly gone on the other side against him," Tim O'Brien said Sunday.

Former President Donald Trump "has to be rattled" now that the House select committee investigating the January 6, 2021, attack on U.S. Capitol is speaking with some of his former top Cabinet officials, a biographer of his said on Sunday.

The comment came from Tim O'Brien, the author of TrumpNation: The Art of Being the Donald and senior executive editor of Bloomberg Opinion, during an interview on MSNBC after he was asked about the possible plans for former Secretary of State Mike Pompeo to be interviewed by the panel.

The Associated Press reported on Thursday that the House committee interviewed former Treasury Secretary Steven Mnuchin, and that lawmakers had asked the former Trump official about discussions at the Cabinet level to use the 25th Amendment to remove Trump from office in the wake of the riot. Pompeo is also likely to speak with the panel soon, according to the AP, which has also reached out to former Homeland Security Secretary Chad Wolf. 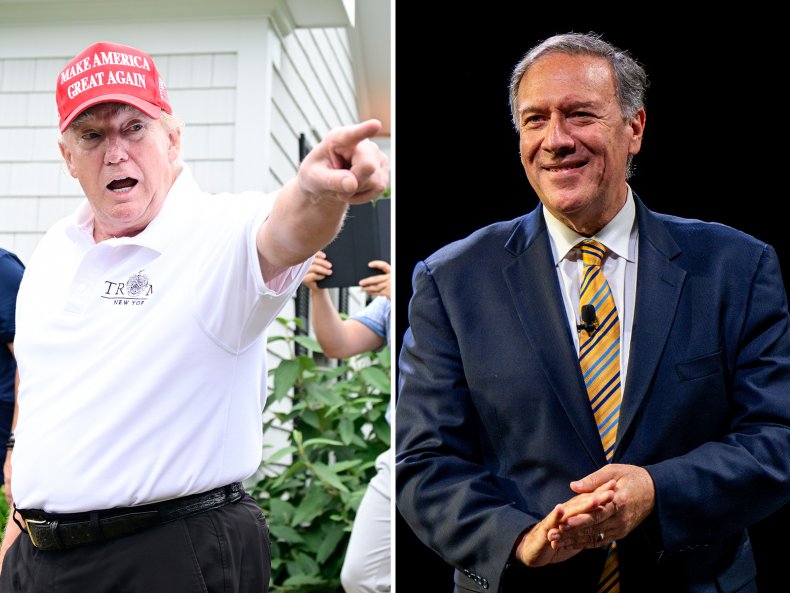 Former President Donald Trump "has to be rattled" now that the House committee investigating the January 6, 2021, attack on the U.S. Capitol is speaking with top former cabinet officials, a biographer of his said Sunday. Above, Trump is seen on Friday in Bedminster, New Jersey.Mike Stobe/LIV Golf

"Mike Pompeo said he's considering talking to the committee about possibly testifying. Do you think Trump is rattled by these senior members of his administration cooperating?" MSNBC host Lindsey Reiser asked O'Brien.

"I can't get inside his head that completely, but Trump has always believed in unwavering loyalty....And I think throughout most of his presidency that was a pretty firm wall. I don't think you saw many people in his inner circle—they quit before they really decided to rat him out," he responded.

The biographer said he believes "the work" of the January 6 panel "has convinced" high-ranking Trump officials to testify. He added that it's "unfortunately very late in the process," but thinks these ex-Cabinet members "took their cues" from other Republicans like former Attorney General Bill Barr, who testified before the committee, and Representative Liz Cheney of Wyoming, who is vice-chair of the panel.

"The substance of what the committee appears to be asking Mnuchin and Pompeo and others about...is whether or not they were so alarmed by what happened on January 6 that they wanted to invoke the 25th Amendment and force Trump's removal from office," O'Brien said. "So he has to be rattled by that because these are people in the past...I think who never would have publicly gone on the other side against him."

Newsweek has reached out to Trump's press office for comment.

In a separate interview earlier this month, O'Brien said that Republicans are "telling themselves lies" and are hoping that Trump will go away.

Is justice getting close to Trump. Will he be indicted?

"Will he be indicted?"

The DOJ probably won't either