It will cut down on cars, but will it turn New Jersey into Manhattan's A.T.M. and make the Bronx a pollution dump? Also, the likely end of a long congressional career.

It will cut down on cars, but will it turn New Jersey into Manhattan's A.T.M. and make the Bronx a pollution dump? Also, the likely end of a long congressional career. 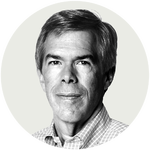 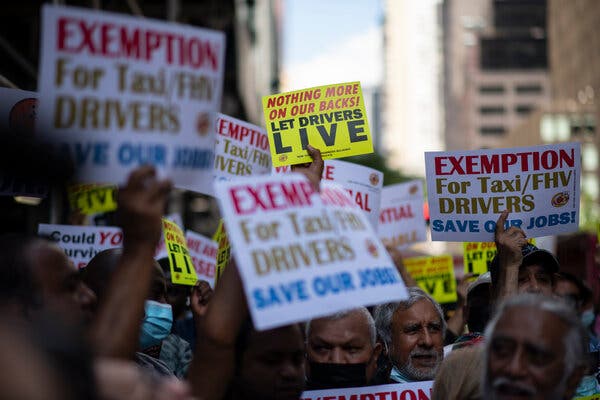 This afternoon the Metropolitan Transportation Authority will hold a public a hearing. The four-page reminder the agency sent out a few days ago sounded dry.

The hearing could be about anything, but it will be about one of the most contentious topics facing New York City: congestion pricing.

Congestion pricing would reduce traffic in one of the world's densest and busiest areas — from 60th Street to the Battery, minus the F.D.R. Drive and the West Side Highway — while bringing in $1 billion annually in badly needed revenue to help fund mass transit.

Transit advocates say congestion pricing is overdue. "We face a crisis of congestion and crisis of a transit system desperately in need of funding," said Cory Epstein, a spokesman for Transportation Alternatives, an advocacy group. "This plan will shift people from cars to sustainable ways to get around. We needed it yesterday."

But it would add another expense for people who depend on cars to get to jobs in Manhattan — or people whose cars are their jobs.

"Especially for the yellow cab industry," said Bhairavi Desai of the New York Taxi Workers Alliance, "this would be an existential threat." She said that people who make a living driving taxis or ride-share vehicles "are looking down the barrel of massive job losses or indentured servitude to the M.T.A." Her group held a rally on Wednesday outside Gov. Kathy Hochul's Manhattan office.

Last month the transit agency appointed five people to a panel that will recommend toll rates, credits and discounts. "This group is going to deserve the Nobel Peace Prize," said Mitchell Moss, a professor of urban policy and planning at New York University, noting that the pandemic had put a spotlight on people like health care workers who could deserve discounts or exemptions.

"There are categories that weren't considered when this was approved in 2019," he said.

What would happen to traffic that now goes through Manhattan is a concern in the other boroughs and in New Jersey. Representative Ritchie Torres, a Democrat from the Bronx, wrote on Twitter last week that he was for congestion pricing, "but any particular plan that diverts diesel truck traffic from Manhattan to the Bronx is unfair." He said he did not want the Bronx "to become Manhattan's dumping ground for air pollution and greenhouse gas emissions."

Gov. Phil Murphy of New Jersey has complained that congestion pricing would create what he called "double taxation" for commuters who already pay tolls at the Hudson River tunnels and the George Washington Bridge. Representative Josh Gottheimer, a Democrat from New Jersey, echoed that idea when he and Representative Nicole Malliotakis, a Republican from Staten Island, issued a statement opposing congestion pricing.

"Can you imagine a hardworking nurse or Uber driver from Jersey having to pay $23 a day on top of the $16 they pay to go over the G.W. Bridge — not to mention what it costs for parking and gas?" Gottheimer said. "Just read M.T.A. spelled backward and it tells you exactly how the M.T.A. looks at New Jersey right now: as their personal A.T.M."

Expect a sunny day near 90. The evening will be partly cloudy, and temps will approach the low 70s.

There were some surprises in primaries for Congress and the State Senate on Tuesday, votes that were delayed after aggressive redistricting by Democratic officials was invalidated by state courts and district lines had to be redrawn. Two mainstays of Manhattan politics — Representative Carolyn Maloney and Representative Jerrold Nadler — were forced to run against each other. I asked Nicholas Fandos, who covers New York politics, for a debriefing.

What do Tuesday's results indicate about the direction of the Democratic Party in New York if not nationally?

Tuesday was a long night of mixed results for Democrats. There was outright pain: the loss of a powerful committee chair in Carolyn Maloney. There were signs of the resurgence of the moderate wing of the Democratic Party in Representative Sean Patrick Maloney's commanding win over a rising star of the left.

And then there was an unexpected special election victory by Pat Ryan, a Democrat, in a Hudson Valley swing seat that gave a new breath of optimism for national Democratic leaders that this fall's midterm elections might not be as punishing for their party as originally expected. Ryan made abortion rights a centerpiece of his campaign after the Supreme Court overturned Roe v. Wade, and it appeared to motivate voters.

It wasn't a great night for the progressives.

Certainly not at the congressional level, no. Sean Patrick Maloney easily dispatched Alessandra Biaggi, a state senator who ran hard to his left, in the lower Hudson Valley. Max Rose, an avowed centrist, easily won the Democratic primary for a Staten Island-based seat.

Then again, the left did do better in some key State Senate contests, despite active efforts by Mayor Eric Adams to stop some of their candidates.

What about the progressives' strategy in the district in Brooklyn with more than a dozen candidates? There were three left-leaning candidates, who split the field.

Yes, the race in the 10th district connecting Lower Manhattan and parts of Brooklyn was another pain point for progressives.

Three of their candidates ended up splitting 60 percent of the vote, leaving Daniel Goldman, a wealthy former federal prosecutor, a lane to win with just 25 percent of the vote. Goldman is no centrist, but he is not a movement progressive, either.

Among the losers in that race was Representative Mondaire Jones, one of the first openly gay Black members of Congress. He moved to Brooklyn after Sean Patrick Maloney opted to run in what in essentially the district Jones now represents.

What about Carolyn Maloney? She lost to Nadler. Did the third candidate in the race take enough moderate votes from her to make a difference? And what does she do now?

This was one of the hardest-fought races in the state, between two seasoned former allies. In the end, Nadler ran away with it, more than doubling Maloney's vote count. Suraj Patel, the third candidate, certainly siphoned votes away from Maloney, but fewer than Nadler's margin of victory.

As for Maloney, it is hard not to see this as the end of a four-decade political career. She is 76 and has quite a record of accomplishment from 30 years in Congress to look back on. But she is surely disappointed

I've got a pikepass and am used to tolls for roads and bridges. Since I usually take the Hudson Parkway into Manhattan I already pay. Hell, from The Bronx we have to pay to go to f'ing Queens...

Why do you drive to Manhattan instead of using the subway?

I live close to a station and will take the subway sometimes in daytime or with friends, but Uber is more my style. Usually when I drive into The City it is to pickup two or more friends at their hotel to treat them to a trip across the bridge and then out to Coney Island and to lunch at some trendy Brooklyn restaurant. I used to take Dandy Dog to The Park regularly, but he passed last year. Covid and crime have really cut down on all subway ridership. The revenues from congestion tolls is supposed to be used to upgrade mass transit. Autonomous electric vehicles may be about all that is allowed into Manhattan before too long.

Thanks.  I don't know why I haven't used Uber in NYC since I use it everywhere else.  I guess because there are always taxis rolling by in NYC.  Next time I'll use my Lyft and or Uber app.