Farewell, Mother. I am off to join the IRS army!

community » Discussions » Category » Satire » Discussion » Farewell, Mother. I am off to join the IRS army!

I heard the good news today from Senator Grassley and Senator Cruz and many voices more: The Lord be praised, President Biden is starting a new army, 87,000 strong, and all armed, to work for the IRS. They shall burst into homes and knock down doors and wreak Biden’s personal vengeance on the middle class, and every one shall have an AR-15. My dream is coming true. I am rushing to enlist; I am leaving the farm in your hands until my return from service in this glorious cause. I love our home, but a hatred for the American taxpayer surges through me like a strong wind, and I must go. Please tend to the cows until I come home again.

I arrived at the place of IRS recruitment today. There were a few others there, though not the throngs I expected. Some of them were well past their prime and had an accountant look to them. I tried to bolster everyone’s spirits by singing a song of my own devising about crushing our adversaries and ending democracy, but nobody joined in. They did hire me because they saw I had a lot of experience entering data, though I apologized profusely for it and said I had been working out. Now I must prove myself, which I will do in boot camp. Hope you are well, and the cows, too.

We are training, but there is no sign yet of my AR-15. Instead, we watched a long PowerPoint about keeping people’s data private and how to use the computer system. It was very frustrating because it contained over 85 slides, and each slide I thought to myself, “This will be the one with the AR-15 and glorious battle plan,” and then it was just about how to remove staples and then add them back later, and this happened 85 times. I asked when we would get to torment the middle class with audits, but Gregory Dunbar (who will sit next to me) said that there is nothing in our mission about that and actually having discretion to audit people who don’t report above $400,000 in income is good because otherwise tax cheats would just all report $399,999, which had not occurred to me. All the computers here are very old and there are big piles of paper everywhere.

Training is ended, they say. Still no AR-15. I tried to ask, but people kept saying, “You mean a Form 1015?” Instead, I am seated at a desk, where I have to manually enter data from tax forms into a very, very old computer. The last person who occupied this desk was somebody named Phyllis, and there is a card wishing her a happy retirement left behind on the desk and a drawing by her grandson taped to the monitor. I do not see the swelling ranks of an 87,000-person army. I asked where the others were and Gregory said, “What others?” I hope they give me my weapon and my mission soon. I told Gregory that and he laughed. After lunch, he gave me a rubber hat to put on my finger to protect it from paper cuts. “There,” he said, “now you are properly armed for your task.” It does really help, though.

I entered so much data today! The finger hat is really helping. I cannot believe how long they have been using this inefficient system. The ability to collect taxes efficiently and correctly is the hinge on which so much of government’s ability to function turns, and this is just sad. They work like this? If they are not testing me. It still could be a test.

Today was Carol’s birthday! She sits across from me, and whenever she gets a staple in her finger from a form she says “durn.” She baked us all a cake and we signed a card. I joked that we should have done a paperless card so that there was one thing in the office that was done efficiently using technology from the present day and everybody laughed and said that I was all right. Today was a good day.

I saw the senators on television again talking about how an army of 87,000 of us was going to come sweeping into people’s homes and describing us in very scary terms. They can say these things about me, but I don’t think it’s right for them to say them about Carol and Gregory. They are just doing their best. Also, I checked and they’re hiring maybe 40,000 people tops; the rest is to counteract attrition like with me with Phyllis. The work is very different than I expected, but I do derive satisfaction from it. I have a purpose here. I have a home here. I must go; forms await. Love to the cows. 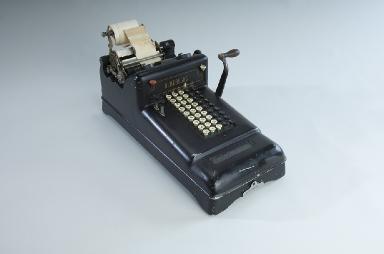