After initially requesting that a more detailed list be unsealed, Trump's lawyers opposed the document from being unsealed during Thursday's hearing.

Lawyers for former President Donald Trump reversed course Thursday, opposing the unsealing of a more detailed list of the items seized during the FBI's Mar-a-Lago search.

In its court filing this week, the Department of Justice (DOJ) said it would be OK with the court releasing its more comprehensive list detailing exactly what was found during the August 8 raid by federal investigators. However, Trump's team objected to the document being unsealed, according to former Prosecutor Andrew Weissmann.

Thursday's hearing marked the first time Trump's lawyers appeared in court for a proceeding related to the Mar-a-Lago search. While the hearing was not open to the public, several reporters were present in the Florida courtroom.

The debate over whether Trump should be granted his request for a special master in the Mar-a-Lago matter is expected to reach a conclusion now that both sides have delivered their arguments to U.S. District Judge Aileen Cannon. 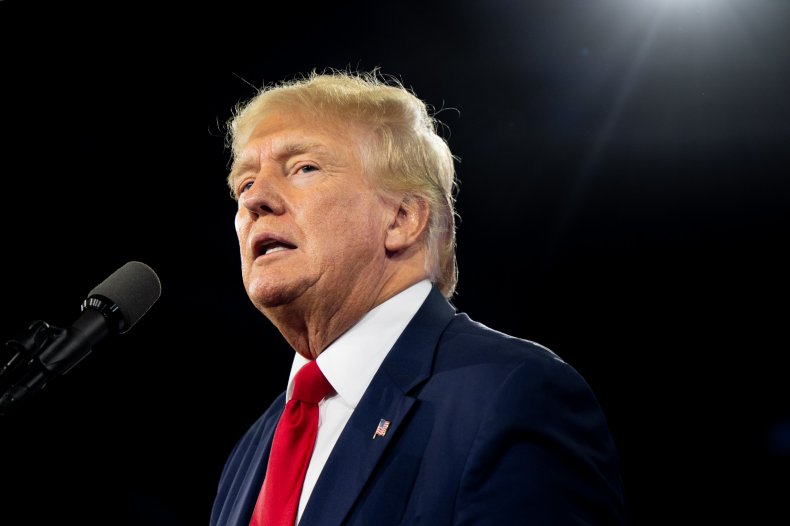 On Thursday, Cannon held a closed-door hearing to consider Trump's bid for an outsider to be assigned over the review of documents seized. The judge did not make a ruling from the bench. It is unclear when her written order will come.

Legal scholars noted that Trump's team had asked for the detailed inventory to be unsealed in its original motion.

"It's hard to make sense of their legal strategy, which contradicts their public statements about transparency," former federal Prosecutor Renato Mariotti tweeted.

The court agreed it would not unseal the longer list since Trump opposed, which is in line with legal theory that the privacy of a person under investigation should be protected.

"We're not going to learn what's in the more detailed inventory of items seized at Mar-a-Lago despite DOJ's offer to unseal it, because, Trump doesn't want you to know," former U.S. Attorney for the Northern District of Alabama Joyce White Vance tweeted on Thursday. "DOJ called his bluff. The evidence uncovered in the search must be highly incriminating."

Cannon previously signaled her "preliminary intent" to grant the request for a special master last weekend, although the DOJ has since argued in a lengthy filing that it had already used a "filter team" over the evidence.

In its Tuesday court filing, the DOJ wrote that a special master would be "unnecessary" and argued that appointing one "would significantly harm important governmental interests, including national security interests."

In response to the federal government, Trump's team maintained there was no "cause for alarm" and that the DOJ "significantly mischaracterized" previous meetings between Trump attorneys and prosecutors over the handling of presidential records.

Freshman Principal
2  Drinker of the Wry    4 weeks ago