U.S. employers added 261,000 jobs in October, a sign of continued resilience in the labor market, and the jobless rate rose to 3.7%.

The October payrolls number marked a decline from the prior month's upwardly revised 315,000 jobs, the Labor Department said Friday.

The report points to a labor market that remains strong despite some recent signs of cooling following the Federal Reserve’s  aggressive pace of interest rate increases .

The labor-force participation rate, or the share of adults working or looking for work, decreased slightly to 62.2% in October from 62.3% in September.

Fewer workers joining the labor force could hold back job growth in the coming months.

Economists surveyed by The Wall Street Journal estimated that employers added 205,000 jobs in October. They saw growth in average hourly earnings slowing to a year-over-year pace of 4.7%.

Fed officials have been raising rates aggressively to slow the economy and bring inflation down from what has been a 40-year high. To achieve that goal, they hope to cool the labor market and ease wage increases, which could take some pressure off consumer prices.

Other data released recently show a labor market that remains strong despite some early evidence of cooling.

Total compensation  for civilian workers rose 5% in the third quarter from the same quarter a year earlier, a slightly slower pace than in the second quarter, the Labor Department said in a report last week.

The number of  job openings  rose to a seasonally adjusted 10.7 million in September from 10.3 million in August, the Labor Department said Tuesday. That was below the peak of 11.9 million in March. The high number of openings is a sign that employers have a lot of positions to fill but are still struggling to find available workers, putting pressure on wages.

“Firms are becoming more cautious about the outlook,” Mr. Dent said. “And workers too.”

Several tech companies announced layoffs or hiring freezes this week as a result of the economic environment.

Amazon.com  Inc. said  it would halt corporate hiring . Last month the company said it would stop hiring for its  core retail division .

The payment processor Stripe Inc. said Thursday it would lay off 14% of employees . The ride-share company  Lyft  Inc. said it would cut  13% of staff .

Employers in the services sector were more cautious about hiring in October, according to surveys of purchasing managers released Thursday by the Institute for Supply Management and S&P Global. ISM said its employment index contracted slightly while S&P Global said hiring nearly stagnated.

David Sinkey, chief executive of Boulder Creek Neighborhoods, a Colorado home builder, said he was looking for a chief operating officer and a senior land acquisition executive earlier this year. The company recently decided to put those searches on hold, even though it continues to hire for lower-level roles, he said.

“We basically decided given the uncertainty on the horizon—and those are pretty high compensation roles—if we’re going to potentially be working on a plan to reduce overhead, why would we continue to expand it?” Mr. Sinkey said.

Builders are in a tough spot, Mr. Sinkey added. The sharp rise in  mortgage rates  means they will see less demand in the future. At the same time, they are racing to complete existing orders before the end of the year.

Economists said last week’s gross domestic product report included several warning signs about the economy. In particular, a measure of business and consumer demand grew at an annual rate of 0.1% after adjusting for inflation.

Business surveys have shown growing concern among companies, which could lead them to slow hiring and expansion plans.

“It just looks to me like late summer or fall, maybe, there’s been a meaningful step down in the pace of hiring,” said Ian Shepherdson, chief economist at Pantheon Macroeconomics.

Whether the labor market slowdown persists remains to be seen.

“The question is, do we see it continue to overheat, or does it slow more quickly to a more sustainable pace?” said Augustine Faucher, chief economist at PNC Financial Services Group.

Too bad for Biden that it couldn't have all been good news.

No help for the dems or more importantly, the American people

It's as if Biden spent some of our money on green energy projects without our consent.

I like how Biden tried to take credit for the coming nearly 9% Social Security increase.    Never mind because of the high inflation rate, it is mandated by law.

LMAO!  I know it!  Is he taking credit for the inflation which triggered the increase?

Just recently, the White House tweeted "Seniors are getting the biggest increase in their social security checks in 10 years through President Biden's leadership." It is true that the required COLA adjustments to the retirement program's payments are the highest since 1981, but that is the result of four-decade-high inflation, not Joe Biden's generosity. After being widely mocked online, and receiving a welcome "warning note" from Twitter, the tweet was deleted.

Yep.
Not smart enough to realize they shot themselves in the foot with that one.

They have a foot full of holes already!

Professor Principal
3  Sparty On    4 weeks ago

The unemployment rate is a ginned up number.    It doesn’t include the unemployed who haven’t looked for a job in the last four weeks.

Don’t believe the lie.    Open your eyes and look.   See for yourself.    Don’t be manipulated by a disingenuous media and politicians.

Real unemployment is much higher than 3.7%.    You’d have to be blind to not see it.    Or maybe just plain stupid.

It sounds like you're talking about participation rate, which is a different statistic.

Nope, this explains it pretty well. 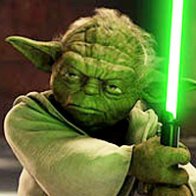