2022 was a bad year for MAGA Republicans: Here are the GOP's 5 biggest faceplants | Salon.com

Going into the seventh year of the hell that began when Donald Trump announced his presidential run from a golden escalator in 2015, the MAGA movement was riding high. Yes, they had lost the White House to President Joe Biden in 2020 and Trump's 2021 coup had been no more successful. But as 2022 began, it was clear they had completely colonized the GOP, and in a year most political experts believed would end in a "red wave" of major Republican wins, no less.

Well, that didn't happen. On the contrary, we end 2022 with a strong sense that "find out" season has finally begun after all this fascist f**king around. It's not just that Trump saw one hand-picked candidate after another lose otherwise winnable races. It's that he and his minions are sweating the real possibility — and in some cases, actuality — of legal consequences for their crimes. Nonetheless, the GOP sticks, loyally, to Trump's side.

They should instead look at this list of the year's five biggest Republican faceplants and ask hard questions about whether this whole MAGA thing is the winning strategy Trump insists it is.

Want more Amanda Marcotte on politics? Subscribe to her newsletter Standing Room Only. 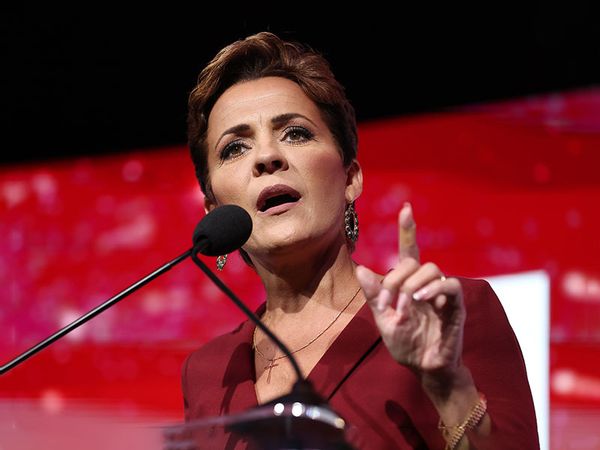 Rep. Marjorie Taylor Greene, R-Ga., must be sleeping easy these days. Her ranking as the most annoying woman in America remains untouched, now that Kari Lake has failed both to win or to steal the governor's seat in Arizona.

It will likely remain forever unknown whether Lake is sincere in her conversion from a Barack Obama-voting , drag queen-loving news anchor to a Big Lie champion who accuses drag queens of "grooming." Whatever is in her heart, however , she clearly thought she was going to ride the Trump Train straight to superstar status. With Trump's 2020 coup attempt as a model, she framed her campaign as a win/win proposition for MAGA: She either wins outright, or she declares the election a "fraud" and becomes the next fascist martyr.

In the end, neither happened. After losing in other states, other Big Lie candidates also lost interest in resisting the will of the people, leaving Lake out on a wannabe fascist insurrectionist limb all by herself. So, despite all her whining and suing, her campaign to seize power by any means necessary fizzled out. By this time next year, even people in Arizona could be asking, "Kari who?" 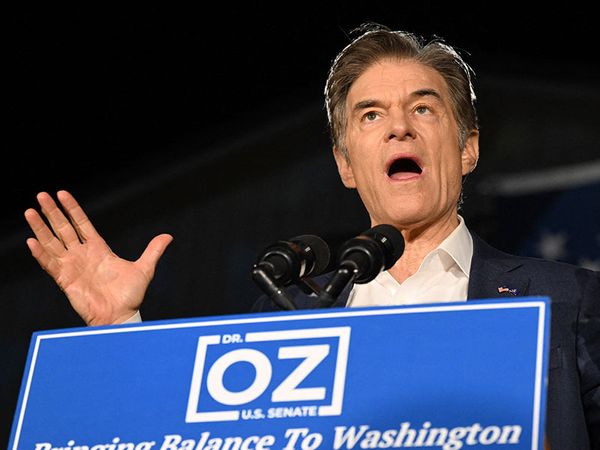 Prior to this election cycle, Dr. Mehmet Oz's only real brush with politics was in 2014. It went poorly. Then-Sen. Claire McCaskill, D-Mo., tore into Oz for abandoning his job as a life-saving heart surgeon to be a TV liar who tells people "they can take an itty-bitty pill to push fat out of their body." His flustered responses were so legendary that most journalists assumed he'd stay far away from politics forevermore.

Trump's 2016 win, however, reassured every charlatan and scumbag in the U.S. that shame no longer matters — not to Republican voters, at least. If Trump could float the idea of injecting bleach into a person to treat COVID and not lose votes, then surely Oz's past wouldn't haunt him, right?

Alas, Dr. Oz never mastered Trump's brazenness. The motto for his campaign for Pennsylvania senator might as well have been "Cringe." He tried to appeal to the everyman by complaining about the price of "crudites ." He denied he owns 10 houses by quibbling over the definition of "home." He declared that the abortion choice belongs to "women, doctors, local political leaders." He was outed as a puppy killer. Oz's blundering contrasted dramatically with the down-home appeal of Democratic candidate John Fetterman, who ended up winning by five points, despite having suffered a stroke during the campaign. 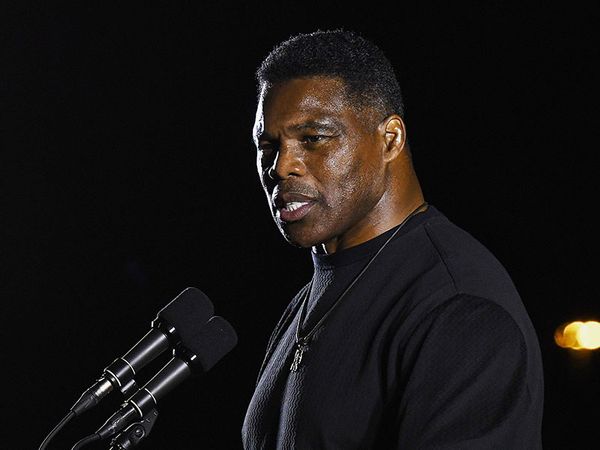 Say what you will about Dr. Oz's bad year, at least he didn't get made fun of by Barack Obama for rambling on incoherently about werewolves and vampires. Prior to 2022, Walker had a real opportunity to be remembered after his death, by most Americans at least, as a Heisman winner and an NFL legend. Now most of us think of him mainly in terms of how bad he seems to be at using condoms.

Within the span of his campaign to oust Georgia's incumbent Democratic Sen. Raphael Warnock, Walker was exposed for having multiple secret children . Two former partners spoke out about him paying for their abortions , even though he supports total abortion bans with no exceptions. His bizarre speeches and constant lies got so bad that even his right wing "influencer" son decided he's better off not being associated with his famous father.

The surreal comedy surrounding Walker's campaign should not distract us from the accusations Walker also faces of domestic violence by two women . Most Republican voters backed him anyway. Still, this clown show turned off just enough of those voters that Walker lost in a year when GOP candidates otherwise swept the Peach State. 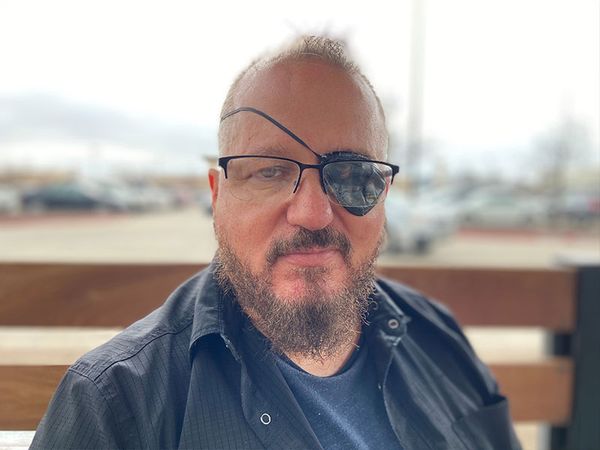 Since he was convicted of a crime, unlike those other jackasses, I'm awarding Stewart Rhodes slot #2. Like Trump, the leader of the Oath Keepers thought he had a foolproof plan for getting away with trying to overthrow democracy: Get your followers to commit the crimes, and if you're caught, throw them under the bus. He spent months riling up his minions to storm the Capitol on January 6. He managed the logistics. He helped build up a weapons cache for use in the insurrection. But when the actual riot went down, Rhodes mysteriously vanished from the action, even as other Oath Keepers were filmed and photographed fighting with police.

Rhodes loves to brag about his Yale Law education , which he clearly thought endowed him with the ability to wriggle out of legal consequences. He kept up the smug performance at his trial, pretending his militia members weren't acting under his orders and calling them "stupid" for breaching the barriers .

None of this fooled the jury. They found Rhodes guilty of the most serious charge — seditious conspiracy. They convicted the other Oath Keepers, as well, but mostly of lesser crimes. Trump makes it look simple to trick the little guy into taking the fall for his crimes. As Rhodes found out, however, it's not so easy to pawn your misdeeds off on patsies. 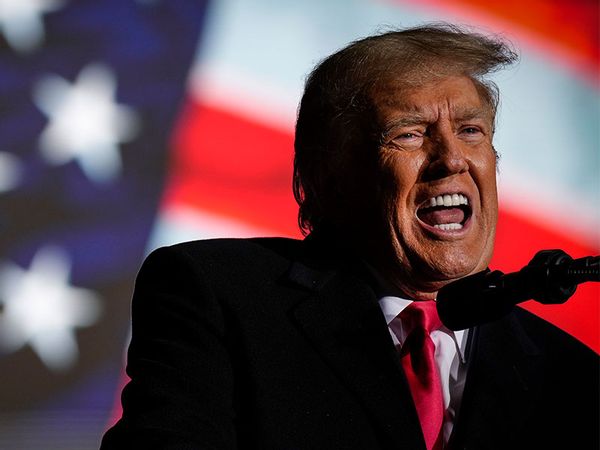 I hesitated to put Trump at the top of this list because, in many regards, he's still flying high, even as those who cling to his coattails are falling to earth. He's still the odds-on favorite for the Republican presidential nomination in 2024. He is still not in jail. Both of those statements are frankly shocking in the context of everything he's done, including a literal attempted coup. He continues to carry an air of invincibility that inspires aspirational support from the GOP base.

Still, even he had a crappy year. The January 6 committee succeeded in ensconcing the factual narrative that the Capitol riot was, in fact, a bloody insurrection. Trump's efforts to bully the "both sides"-addicted media into equivocating on this issue have largely failed. The discovery of classified documents he took to Mar-a-Lago seems to have shaken Attorney General Merrick Garland out of his reluctance to deal with Trump, resulting in the appointment of a special prosecutor who is handling both that inquiry and the investigation into Trump's sedition. His company lost a tax fraud case that seems to be table-setting for other, bigger cases. He called for the termination of the Constitution and then pretended he didn't . He had dinner with a couple of Nazi fans . Rather than assist in Trump's clean-up efforts after the fact, Kanye West hit the microphones to talk about what a great guy Hitler was.

But for a narcissist like Trump, probably the worst blow is how his reputation as a canny politician, which was always overblown, took a major hit this year. The more he hyped Republican candidates, the worst they did at the ballot box. Then his own presidential announcement, which he clearly expected to be a BFD, was so boring that even Fox News cut away after 40 minutes for color commentary.

He's still running. He's still not in prison. But 2022 was supposed to be his big comeback year, and it ended with a wet fart. He does, heaven save us, have a lifelong history of rising up from his own self-made ashes, so it's not time to let our guards down. Still, his mentor in such malicious survival, Roy Cohn, faced the end alone and abandoned . It has long felt like too much to suspect that Donnie will face the same fate. This year, we finally got a glimpse that he might.

2022 was a no good terrible awful year for MAGA!