I Love My Clutter, Thank You Very Much

community » Discussions » Category » Other » Discussion » I Love My Clutter, Thank You Very Much

By:   Burt Solomon - The Atlantic

Blame my childhood, but I find it cozy and comforting to be surrounded by stuff.

A confession, first: I love clutter.

The horizontal surfaces in my family room are covered with newspapers, magazines, books I’ve started, books I intend to read, books I want to read but never will, erasable pens, a sweatshirt or two, a soccer ball, a bucket of toy cars, and wayward Legos that gouge my stockinged feet. In addition to a computer, two telephones, and a TV remote, my desk at home is strewn with notebooks, folders, loose papers, birchbark, a modem, scraps of paper with notes to myself, photos of my wife and kids, flash drives, nail clippers, pens, coins, a stapler, a thesaurus, shopping receipts, a hand-grip strengthener, a blood-pressure cuff, two- and three-dimensional likenesses of Abraham Lincoln, four baseballs, three baseball caps, two 1909 baseball cards, two flashlights, a pair of AirPods, a miniature boxing glove my father gave me before I can remember, one Pokémon card, and two Tibetan bowls.

Blame my childhood, if you like, in a small suburban house that was tidy verging on sterile, but I find it cozy and comforting to be surrounded by  stuff . Possibly I could part with a flashlight, the coins, and the smaller Tibetan bowl, and yet I can’t. It’s not too fanciful to suggest that the clutter on my desk sketches pretty accurately who I am. I do not make the claim that having a messy desk implies being a genius, à la Edison or Einstein or Steve Jobs. Still, I do know where everything is.

Our culture has declared war on clutter. Clutter, it seems, is now evidence of a character flaw. Trendy are homes with minimalist furnishings and stark, cold surfaces—places I find, well, cold. I stand against the zeitgeist, believing from personal experience that clutter can contribute to the warmth of hearth and home.

As we stumble to the end of another holiday shopping season, I asked experts in the growing field of decluttering: Doesn’t clutter have an upside?

“No! No!” Joseph R. Ferrari shouted into his cellphone one evening in the run-up to Christmas, outside a store in Chicago where his wife was making an exchange. He is a psychology professor at DePaul University, a specialist in chronic procrastination, who co-authored a paper called “Having Less,” which the   Journal of Consumer Affairs   recently published. “Do you need 15 pairs of blue pants?” he thundered. In clutter, Ferrari sees only downsides. It causes stress, by impinging on living space. It’s expensive—the average American household, he said, contains $7,000 of unused stuff. It can also put stress on relationships if you’re sharing a home with someone who has a different tolerance for mess.

“You laugh!” he exclaimed.

Can’t knock a psychology professor for being perceptive. I confided that after the annual visits to my sister-in-law’s lovely house, with its gleaming tabletops, my wife is prone to suggest that we cancel our newspaper and magazine subscriptions. I have demurred.

“People rarely take ownership for their own foibles,” Ferrari tsk-tsked. He added, “And listen to your wife.”

I recognize that I’m in the minority here. The claims made for decluttering are lavish indeed. “When you’ve finished putting your house in order, your life will change dramatically … You’ll feel your whole world brighten.” This was Marie Kondo’s promise in   The Life-Changing Magic of Tidying Up , the 2010 book that launched her career—more than 8 million copies sold!—as the decluttering movement’s secular saint. Go through your house, she famously counseled, and keep things only if they “spark joy.” As if anyone should aspire to emulate somebody who recollects in her book: “At school, while other kids were playing dodgeball or skipping, I’d slip away to rearrange the bookshelves in our classroom.”

Several more books and two Netflix series later, Kondo has succeeded in commercializing a movement whose underlying philosophy is anti-commercialism. Take a look at her website. “This holiday season,” it suggests, “gift everyone on your list sustainable, multi-functional storage that sparks joy no matter where or how they use it.” Buy the “Joy Is Sustainable Gift Set” for $79.99 or four interest-free payments of $19.99. Or cedar mothballs (15 for $8) or a “Small & Joyful Flower Vase” ($32) or a Stonewashed Linen Pajama Pant Set in Smoke Pink ($199) or a Copper Birdhouse ($220)—472 separate items in all.

Kondo launched not only an entrepreneurial empire but also an ecosystem. Decluttering has become a robust business, estimated to be worth about $20 billion a year. (That’s a third of the size of the global market for   bourbon .) A Google search for   decluttering services near me   gets three hits, including Compassionate Decluttering and Mindful Decluttering & Organizing. The Institute for Challenging Disorganization—I kid you not—is a nonprofit group for professional home organizers based in Larchmont, New York, that, according to its website, has a staff of 11. It publishes a Clutter Quality of Life Scale as well as a Clutter-Hoarding Scale, which distinguishes between mere clutter and true hoarding, a condition now classified as a psychiatric disorder.

Ferrari, the psychology professor, sums up a big difference: Hoarding is vertical, involving numerous piles of similar things, while clutter is horizontal, describing my desktop. The conflating of the two in the popular mind has not only made decluttering more popular but also given clutter what Caroline Rogers calls “a really sad press—absolutely undeserved.” As a professional home organizer in England, she often meets new clients who describe themselves as hoarders—but aren’t—and are ashamed to let their neighbors know what she’s up to.

Clutter-shaming—that’s what I’m against. And I’m pleased to report that I’ve found evidence of my heresy even among the declutterers. What is clutter, after all? Both sides agree that the epithet is subjective, that clutter is in the eye of the beholder.

Rogers, for one, thinks along these lines. In her master’s opus in applied positive psychology from the University of East London, she measures clutter not by the volume of stuff but by the owner’s feelings about it. Serene about your clutter? Then there’s no problem. “Decluttering promotes well-being,” she told me via Zoom, but she isn’t opposed to clutter. “What I’m for is for people to live in a home that feels like them.”

Another expert I contacted was Catherine Roster, a specialist in consumer psychology at the University of New Mexico’s Anderson School of Management and the lead author of a paper called “ The Dark Side of Home ,” published in the   Journal of Environmental Psychology   in 2016 .   When people accumulate material things in hope of creating a comfortable home, the report laments, they “sometimes … fail to achieve the desired effect.”

Meaning that sometimes their efforts succeed? Can mild clutter be beneficial to a person’s well-being?

“YES,” Roster replied in an email. “However, it is important to note that this may only be true of people who have mild or ‘normal’ issues with clutter.” I feel seen.

I have a suspicion that even Marie Kondo might be okay with the state of my desk. I wandered around her website and found, below her statements of philosophy, a declaration that she isn’t a minimalist: “Minimalism advocates living with less; the KonMari Method™ encourages living among items you truly cherish.” And I do.

Willing a dumpster or two of clutter? Bad!

It is bad if Matt Paxton is outside your door! 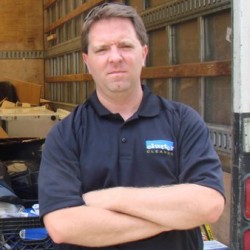 If one of these two are behind him, you really have a problem.... 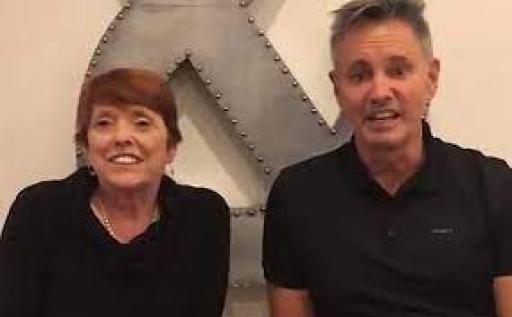 Professor Guide
2  evilgenius    one month ago

My wife likes clutter. She calls it maximalism...

Junior Principal
2.1  seeder  Hallux  replied to  evilgenius @2    one month ago

Does the lady consider you to be clutter?

Professor Principal
3  JBB    one month ago

Hoarding is a symptom of a compulsive disorder...

I can't stand having a bunch of shit around. It gives me anxiety.

Professor Participates
5  arkpdx    one month ago

A CLEAN DESK IS THE SIGN OF A SICK MIND!