Nullification and the democratic party

"Just hours before the elimination of cash bail and other pretrial policies were supposed to go into effect, the Illinois Supreme Court on Saturday halted the implementation of the landmark policies statewide.

The order — issued by the high court on New Year’s Eve afternoon and following days of confusion after a Kankakee County judge said the provisions were unconstitutional — said the stay was needed to “maintain consistent pretrial procedures throughout Illinois” while the court prepares to hear arguments on the matter."


How did the Governor respond?

"Gov. J.B. Pritzker says he's confident a measure he signed into law in 2021 to end cash bail statewide is constitutional despite a lower court ruling otherwise."

Ending cash bail is part of the social justice dogma, which casts poor criminals as victims. In order to further this "ideal" the rule of law must be nullified. Nullification is really nothing new. It was employed by southern democrats in reaction to the reconstruction period. The most egregious example was the infamous Dred Scott decision, in which the Supreme Court decided that fugitive slaves did not legally possess citizenship rights despite federal law saying otherwise. In the 1950's and 60's the state laws of southern states came into conflict with Federal law and two consecutive presidents had to enforce federal law.

In the past decade new forms of nullification have emerged. Sanctuary cities and states are in direct conflict with federal law. Nothing has been done about it. There are the many problems that stem from it:

"Sanctuary laws, present in such cities as Los Angeles, New York, Chicago, Austin, Houston, and San Francisco, generally forbid local police officers from inquiring into a suspect’s immigration status or reporting it to federal authorities.Â Such laws place a higher priority on protecting illegal aliens from deportation than on protecting legal immigrants and citizens from assault, rape, arson, and other crimes.

Let’s say a Los Angeles police officer sees a member of Mara Salvatrucha hanging out at Hollywood and Vine. The gang member has previously been deported for aggravated assault; his mere presence back in the country following deportation is a federal felony. Under the prevailing understanding of Los Angeles’s sanctuary law (special order 40), if that officer merely inquires into the gangbanger’s immigration status, the officer will face departmental punishment."

Then there is the nullification of immigration law championed by Joe Biden. Right now our southern border is a place where migrants are processed and released into the interior. People who cross the border illegally are supposed to be punished. That never happens and nobody even thinks about that anymore. Joe Biden under the direction of a handful of radicals has already changed the country. As many as 5 million people may have entered the country under Biden's first two years as president. After reversing every border policy measure of the previous administration, Biden has ignored every Court ruling involving the border. The far left Governor of California has begun to complain. A Florida National Park was recently closed because of migrants residing there. We don't really know who these people are. We only know that the influx of migrants will put pressure on our local communities for resources and have an impact on federal & state budgets.  For the left it means winning elections and changing the demographics of the US.

Let us never forget the nullification of laws by democrat mayors during the 2020 riots.

"US planning to accept up to 30,000 migrants monthly under expanded humanitarian program"

Just heard it on the radio. Lot of conditions. Must enter legally and have a sponsor to attain a work visa. That will possibly kill it.

I guess we can forget that!

Still won't stop the illegal ones buts sounds ever so ever good. 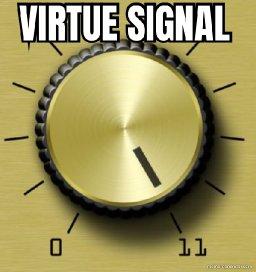 Yup, it sounds great to an 18 year old playing games on the computer,

So...   Congress has a power to subpoena and depose witnesses and it's against federal law to ignore that subpoena. Let's say they subpoena a witness in an investigation.  (We'll just call him Hunter, a just for fun fictitious name.)  Now the President, (We'll call him Joe)  says, "Hunter's a great guy.  He's like a family member to me.  I want him covered by my executive privilege."  and Hunter ignores the subpoena.

1.  Is this nullification of laws by a sitting President?

2.  How does the Congress enforce their subpoena given existing precedents when they can't even seat their members?

You are referring to what is known as a separation of powers.

If your little hypothetical comes to pass, Joe Biden and his lawyers will be certain to claim it.

You will also see democrats on such a committee screaming bloody murder!

any future congressional subpoenas from republicans that have previously ignored them are meaningless.

It's worse than that when the right tries nullification. You do recall when Cliven Bundy invoked the doctrine of federal nullification in accordance with "the Sovereign Citizen Movement?"

So stick up for people taking over a government institution...

It was the same idea of nullification, but with the opposite results of the law being enforced.

So maybe even you can get it?

The only nullification I see here is reality....

they can't even seat their members?

Yet weak attempts at distraction continue.

You may be on the wrong seed

Yet weak attempts at distraction continue.

Nobody has been sworn in or seated yet so any distraction is coming straight from Congressional Repubs.

Their members do not all walk in lockstep like the Dems did. Some actually think and vote differently than their leader, Pelosi, told them to.