There is no more urgent matter for the new Republican House majority to direct its attention to than the conversion of the federal government into a progressive cudgel against civil rights.

Besides addressing the crisis at the southern border, there is no more urgent matter for the new Republican House majority to direct its attention to than the conversion of the federal government into a progressive cudgel against civil rights. And there is nothing less surprising than the media-Democrat complex's determination to strangle the probe in its cradle.

In the left's playbook, everything is either about race or Donald Trump — if not both. So as night follows day, with House Republicans poised to establish a much needed Select Subcommittee on the Weaponization of the Federal Government, Democrats and their press accomplices are framing the panel as an adjunct of the 2024 Trump presidential campaign.

They can't be allowed to get away with that.

To make sure they don't, Republicans must take pains not to help. That means going about it carefully, methodically and in a way that makes clear the weaponization's victims are the American people, not a sinking pol who is unpopular with a solid majority of the American people.

In autumn 2016, before there ever was a Trump presidency, before we knew a thing about "Russiagate" or the FBI's scandalous deception of the Foreign Intelligence Surveillance Court, the court's chief judge scalded the bureau for its institutional "lack of candor."

This had nothing to do with Trump; the tribunal had just been advised, and not for the first time, that US spy agencies had been illegally monitoring the communications of Americans for years — Americans who had utterly no connection to espionage or terrorist activity. 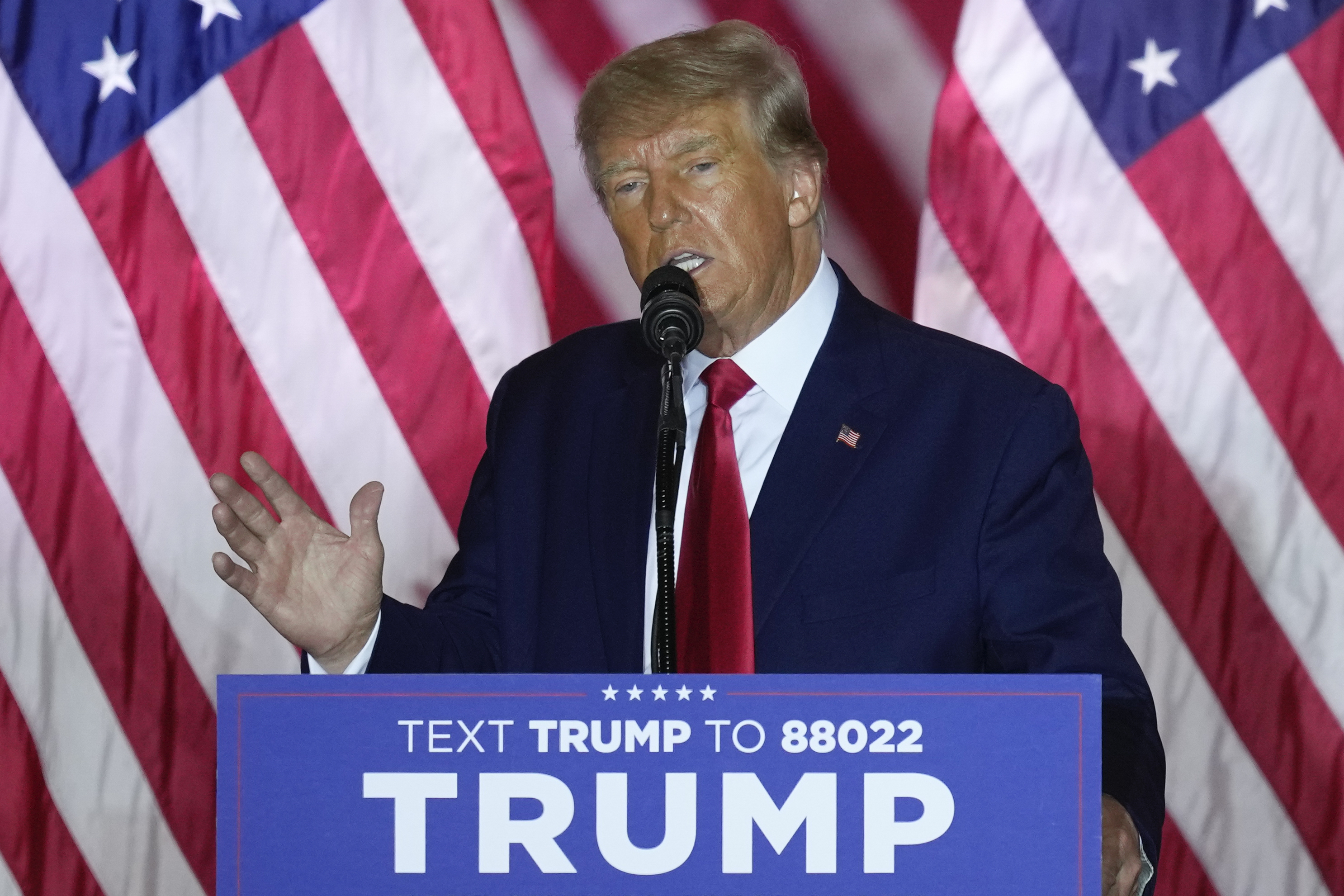 Democrats and the media are framing the potential committee as an adjunct of the 2024 Trump presidential campaign.AP/Rebecca Blackwell

As we have learned is typical in the ensuing six years, abuses of intelligence authorities are commonplace. Typically, top intelligence officials are well aware of illegalities and deceptive practices but withhold the information from the courts and Congress.

The media-Democrat complex would like you to believe the corruption of the government's law-enforcement and intelligence apparatus is just Trump propaganda.

But it's not: When federal agencies put their thumb on the scale against critics of government, they are bound to be doing it for the benefit of Democrats and the preservation of the progressive Beltway status quo, in which bureaucrats are lavishly rewarded with power and bottomless budgets.

President Trump was a loud sometime critic of the status quo, but he did nothing meaningful to rein it in. He did not use the powers at his disposal to force disclosures about executive agency abuses, much less propose to slash their funding — which, short of holding abusive officials accountable, is the only way to achieve course correction.

This is what has to be made clear. Progressives do not believe we should have free speech. Like religious fundamentalists, they believe they have all the answers — in their case, about what "good government" requires and what "science" dictates. They meet any attempt to push back against their pieties with an authoritarian iron fist, not constitutionally mandated accommodation.

For progressives, furthermore, government is not the servant of "we the people." It is the means by which progressives coerce compliance with their policy preferences. Consequently, Democrats inveigh that congressional inquiries into law-enforcement and intelligence operations will compromise national security and criminal investigations. Or at least that's what they say when those inquiries are led by Republicans — when they're led by Democrats, such as the norms-busting, unabashedly partisan, media-adulated Jan. 6 committee, no stone may go unturned, and those who decline to cooperate are prosecuted for contempt.

Right now, thanks to disclosures by Twitter's new owner Elon Musk and discovery in free-speech litigation brought by two states (among other plaintiffs) against the Biden administration, an incontestable record is unfolding. It shows the FBI, other intelligence agencies, and the Biden White House bludgeoned social-media companies into suppressing speech of which the government did not approve regarding COVID vaccines and political issues. The revelations have exploded the government's implausible claims that it was merely helping Big Tech make "voluntary" censorship decisions.

This is a blatant violation of the First Amendment. To be sure, private actors are not bound by free-speech principles, but if they are acting at government's urging, they shed their private character and become arms — weapons — of the state. That cannot be tolerated.

The media-Democrat complex has strained for more than two years to bleach away news about millions of dollars that poured into the Biden family coffers from shady characters tied to corrupt and anti-American foreign regimes — the monetizing of Joe Biden's political influence, with Joe Biden's knowledge and participation. 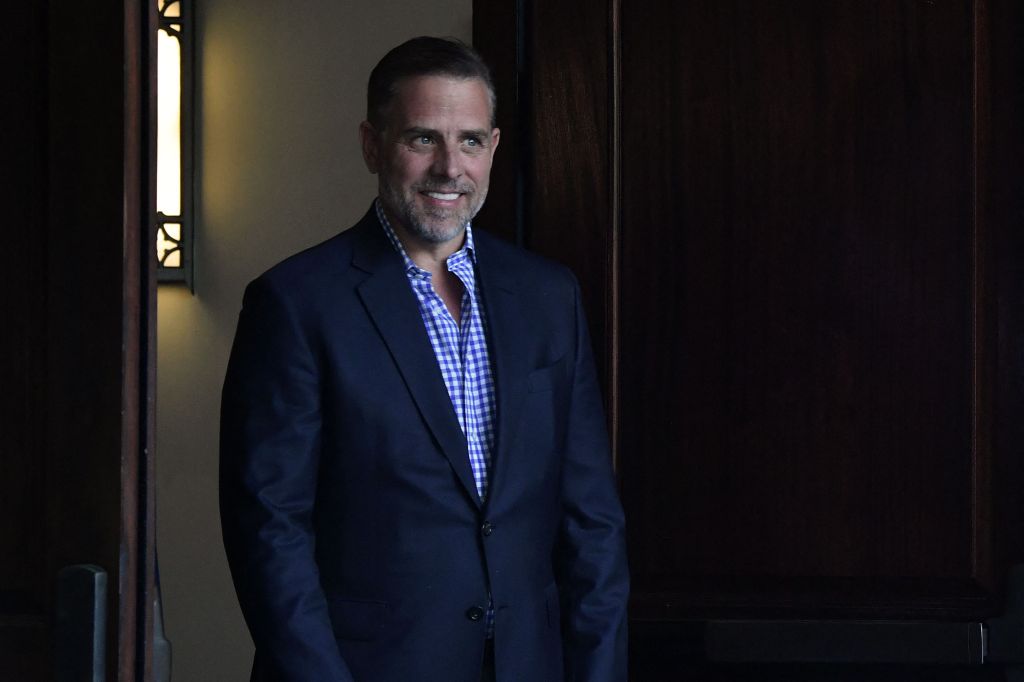 Democrats and their notetakers would have you believe congressional inquiries regarding this scandal are a mere "interference" in the criminal investigation of the president's troubled son Hunter. That's nonsense, for reasons having nothing to do with Trump.

Nothing more alarmed the Framers of our Constitution than the specter of a president, with all the awesome powers of the executive branch, being bought by foreign governments. The Biden investigation — not Hunter Biden, but the Biden family, very much including the president — is a national-security imperative. And you know as sure as you're reading this that if a Republican's family had cashed in like Joe Biden's family has done, the hearings would already be underway. It would be the only news story in the country.

Of course Republicans must go about this in the right way. This should not be Jan. 6 committee-style theater. These should be real bipartisan probes, with cross-examination and robust debate. But the weaponization panel is essential, and Republicans must not be cowed by those who want to stifle an investigation and our rights along with it.

It must be done and they can't let the media set the narrative!

As long as the surveillance state is used against Americans liberals disagree with, they will defend it with all their vigor.  As they have been.

That I am sure of!

It shows the FBI, other intelligence agencies, and the Biden White House bludgeoned social-media companies into suppressing speech of which the government did not approve regarding COVID vaccines and political issues.

In a new Twitter Files dump, we learn that not only did US Government agencies but also Pfizer censored Covid vaccine information  ...

And the democrats and their lemmings want everybody to believe opposition is the "Threat to democracy" while they have perpetrated it from the start.

Notice how the The media-Democrat complex is silent about Biden mishandling classified documents?

The socalled 'media-Democrat complex' as you call it is where I heard of the story and they have yet to stop talking about it. I note the media-Republican complex is having a zombie feeding fest. Every side has their lemmings swilling and spouting b.s.

Nah.  The US right wing doesn't like the American people to know about their collusion with the Putin Autocracy or its ties to Nationalists and Nazis.  Bannon, the Nathan Hale of our times, right?

The US right wing doesn't like the American people to know about their collusion with the Putin Autocracy or its ties to Nationalists and Nazis.

Speaking of ties to Nationalists and Nazis- why do Democrats have such a hard on to help the most corrupt pro Fascist government in Ukraine? Getting their inner Fascists on? Hoping to make Putin pay because their anointed queen bitch Hillary was denied her thrown in 2016? Even the FBI stated that Russia didn't influence voters not to vote for the Democrat she beast. She did that all on her own by ignoring fly over country; fund raising exclusively on the leftist coasts; and calling anyone that didn't agree with her ordained coronation "Deplorables".

The NYU study found that Russia’s Twitter campaign had no effect in part because barely anyone saw it. Moreover, to the extent anyone ever saw the Russian tweets, it was people who weren’t going to be easily influenced anyway: “[T]hose who identified as ‘Strong Republicans’ were exposed to roughly nine times as many posts from Russian foreign influence accounts than were those who identified as Democrats or Independents.”

So tell us, how many billions in US taxpayer dollars is it going to take for Democrats and leftists to get over their damn TDS BS? Seems that over 100 billion to Ukraine and counting isn't nearly damn enough. How about all TDS driven morons pick up a gun, renounce your US citizenship, and hop on the first plane to Poland. I am sure Ukraine will be happy to train a bunch of moronic leftist sheep how to fight. Just make sure you are the correct skin pigmentation. Otherwise you might get chased right back out by those you are seeking to help. We have better things to spend money on; like paying down the debt that Democrats have exploded over the last two years.

How about all TDS driven morons pick up a gun, renounce your US citizenship, and hop on the first plane to Poland.

Look at how they are trying to restrict firearms sales and possession here in the US.  You now they aren't going to do that.

So what really happened in Helsinki?

That is the question.  Do you know?