Academic Freedom Is Not a Matter of Opinion

By:   Tom Nichols - The Atlantic

After declining to renew the contract of an adjunct professor, the president of Hamline University issued a statement that underscores the need to defend academic freedom in American universities.

Unless you follow academic politics, you might have missed the recent controversy at Hamline University, a small private college in St. Paul, Minnesota. The short version is that a professor named Erika López Prater showed students in her global-art-history class a 14th-century painting depicting the Prophet Muhammad. Aware that many Muslims regard such images as sacrilege, she warned ahead of time that she was going to show the picture and offered to excuse any student who did not want to view it.

Professor López Prater’s contract has not been renewed, and she will not be returning to the classroom. The university strenuously denies that she was fired. Of course, colleges let adjuncts go all the time, often reluctantly. But this, to me, seems like something more.

I began my 35-year teaching career in the late 1980s and was once a tenure-track faculty member at an elite college, where I was one of a handful of registered Republicans among a mostly liberal faculty. I have been denied tenure at one school and granted it at two others. I have been an adjunct, contract faculty (that is, working on a long-term contract but without actual tenure), a department chair, and a tenured full professor. I have led a tenure committee, and I have written tenure and promotion letters for candidates at other schools at the request of their institution. I have been a faculty member in a U.S. government institution, where I had to balance my right to self-expression against important and necessary legal restrictions on politicking in the classroom.

So I think I have a pretty clear idea of what goes on in classrooms. I know what academic freedom means. I think I know what “fired” looks like, and it seems to me that López Prater was fired—a conclusion that seems especially likely in the wake of a highly defensive public letter the school’s president, Fayneese Miller, wrote about the whole business.

After a piece about the controversy appeared   in   The New York Times , Miller issued   a statement   in which she decried how Hamline is now “under attack from forces outside our campus.”

Various so-called stakeholders interpreted the incident, as reported in various media, as one of “academic freedom.” The Times   went so far as to cite PEN America’s claim that what was happening on our campus was one of the “most egregious violations of academic freedom” it had ever encountered.

Allow me to interpret. By “so-called stakeholders,” Miller, I think, means people who believe this issue affects them, but who should buzz off and mind their own business. (And while I’m at it,   stakeholders   is a bit of jargon that should be banned from education.) About López Prater, Miller said, “The decision not to offer her another class was made at the unit level”—I assume here she means the department in which López Prater worked—”and in no way reflects on her ability to adequately teach the class.” Oh? Then what prompted “the decision at the unit level”?

Miller then lists the impeccably liberal credentials of Hamline as a school, none of which have anything to do with this case. After all of this throat clearing, she gets to the real questions she thinks should have been raised about academic freedom.

First, does your defense of academic freedom infringe upon the rights of students in violation of the very principles you defend? Second, does the claim that academic freedom is sacrosanct, and owes no debt to the traditions, beliefs, and views of students, comprise a privileged reaction.

This makes no sense. The “rights” of students were not jeopardized, and no curriculum owes a “debt” to any student’s “traditions, beliefs, and views.” (Indeed, if you don’t want your traditions, beliefs, or views challenged, then don’t come to a university, at least not to study anything in the humanities or the social sciences.) Miller’s view, it seems, is that  academic freedom  really only means  as much freedom as your most sensitive students can stand , an irresponsible position that puts the university, the classroom, and the careers of scholars in the hands of students who are inexperienced in the subject matter, new to academic life, and, often, still in the throes of adolescence.

This, as  I have written  elsewhere, is contrary to the very notion of teaching itself. (It is also not anything close to the  bedrock 1940 statement  on the matter from the American Association of University Professors.) The goal of the university is to create educated and reasoning adults, not to shelter children against the pain of learning that the world is a complicated place. Classes are not a restaurant meal that must be served to students’ specifications; they are not a stand-up act that must make students laugh but never offend them. Miller is leaving the door open for future curricular challenges.

I myself have issued warnings for materials I show in class, notably the gory British nuclear-war movie  Threads . I have offered to excuse students who might be disturbed by it, and I would not want someone to interfere with my class on nuclear weapons any more than I would interfere with anyone else’s about art history. There are, to be sure, plenty of times when professors  do  go off the rails, which is why their performance and syllabi—especially those of untenured faculty and outside adjuncts—are reviewed, in most schools, by a departmental or divisional committee. That doesn’t seem to be what happened here. A student complained, which apparently set in motion several events, including López Prater being summoned by a dean and a Hamline administrator sending an email to campus employees saying that certain actions taken in an online class were “undeniably inconsiderate, disrespectful and Islamophobic.”

Noting the school’s traditional Methodist mission that includes doing “all the good you can,” Miller adds, “To do all the good you can means, in part, minimizing harm.” Again, this is risible: The most effective way to avoid harm would be to walk into the classroom and ask the students what they’d like to talk about, let them vote on it, and give a veto to anyone who might be offended by the class’s choice.

Academic freedom is not an open invitation to be a jerk. It is not a license for faculty to harass students or to impose their will on them. But if all it means is that professors keep their jobs only at the sufferance of students, then it means nothing at all.

A significant part of the problem in American universities is the attack on tenure. López Prater was an adjunct—instructors who are far more vulnerable to dismissal at will. But that subject is too big to tackle today; I’ll write more on it here soon. 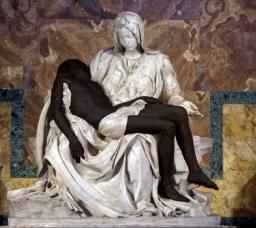