Ford unsure if he should sell Ontario healthcare system to Loblaws, Tim Hortons, or Nestlé

By:   IAN MACINTYRE - The Beaverton

QUEEN’S PARK – As Premier   Doug Ford   announces that he will expand surgeries available at for-profit clinics, insiders report he is still deciding which megacorporation to eventually sell Ontario’s entire   healthcare   system to.

“Folks, I promised that you would never pay for healthcare with anything but your OHIP card,” explained Ford during a press conference. “But the question of who your OHIP card — and by extension, your billions in tax dollars — will be paying to has been narrowed down to three exciting contenders:   Loblaws ,   Tim Hortons , or intriguing third place wildcard, Nestlé.”

“First, Loblaws is the most obvious option to sell Ontario’s healthcare to, especially since we’re already outsourcing 13 minor conditions and COVID vaccinations to   Shoppers Drug Mart . Plus, I’m sure the company currently charging $37 for a package of chicken breasts will find a way to to provide the best care at the lowest price for Ontario seniors,” noted Ford. “On top of all that, my boy Galen Weston Jr. and I both have that ‘dead-eyed trust fund son of privilege’ thing in common.”

“Next is my personal choice, Tim Hortons,” Ford continued. “I’m already sneaking paid advertising for them into my political speeches, so it’d be a no-brainer for me to start plugging Timmies’ new breakfast sandwich and colonoscopy combo.”

Ford then concluded, “Finally, the unexpected option, Nestlé. But the fact is that this company already has proven experience purchasing commodities that human beings require to live, and then selling them back to consumers at an exorbitant margin. Plus, they promised me one of those sweet Nespresso machines if I sold your healthcare to ‘em!”

With emergency rooms across the province reporting critical understaffing, and the Ontario Conservatives spending millions to appeal their unconstitutional Bill 124 that suppresses nursing wages, Ford was sure to emphasize that it is not a question of if he will privatize Ontario’s healthcare, but when and to whom.

“The most difficult part is not just choosing a corporate overlord to sell Ontarians’ healthcare system to for pennies on the dollar,” added Ford, “But also choosing which corporate board I will earn a small fortune sitting on once I leave public office.”

The premier then offered a fist bump to former Premier Mike Harris, Chair of the Board of Directors for Chartwell Long Term Care Homes, who were the beneficiaries of healthcare   privatization   signed into law by the Harris Government.

At press time, the list of runner up corporate purchasers includes Monsanto, Saudi Arabia, Chick-Fil-A, FanDuel.com, and Mark Zuckerberg who is promising Ontarians free health care provided they see their doctor in the Metaverse.

Doug Ford is also the author of such page-turners as 'Premiership for Dummies' and 'Snorting With Rob'.

Why Ford did not go with the Orange Julep is beyond me, the waitresses wear roller-skates to speed up service: 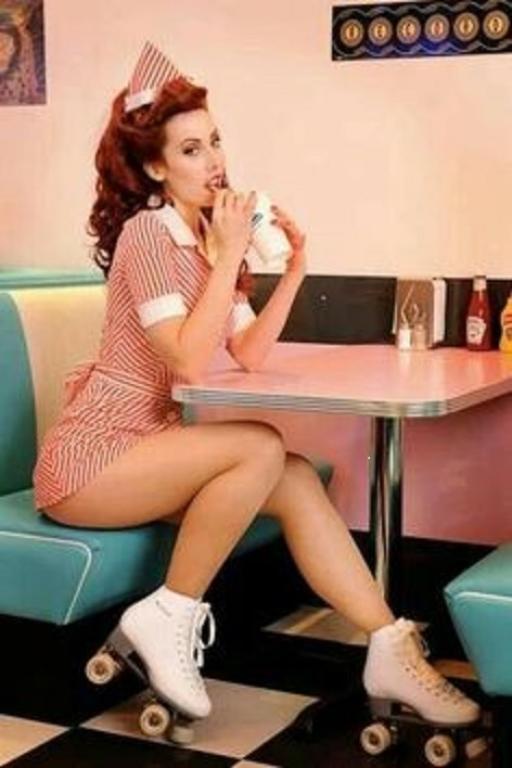 Didn't this guy have a Fans Only page?