A federal judge has fined former President Trump and his attorney nearly $1 million for filing what he deemed to be a frivolous lawsuit against Hillary Clinton.

A federal judge in Florida has sanctioned former President Donald Trump and his attorney Alina Habba, ordering them to pay fines of nearly $1 million for filing what he deemed to be a frivolous lawsuit claiming that Hillary Clinton and others involved in the Russia investigation unlawfully conspired to damage Trump's reputation.

The opinion from Judge Donald Middlebrooks calls Trump "a prolific and sophisticated litigant who is repeatedly using the courts to seek revenge on political adversaries."

"He is the mastermind of strategic abuse of the judicial process, and he cannot be seen as a litigant blindly following the advice of a lawyer. He knew full well the impact of his actions," Middlebrooks wrote in his opinion.

"As such, I find that sanctions should be imposed upon Mr. Trump and his lead counsel, Ms. Habba," wrote the judge.

Habba did not immediately return a request for comment from ABC News. 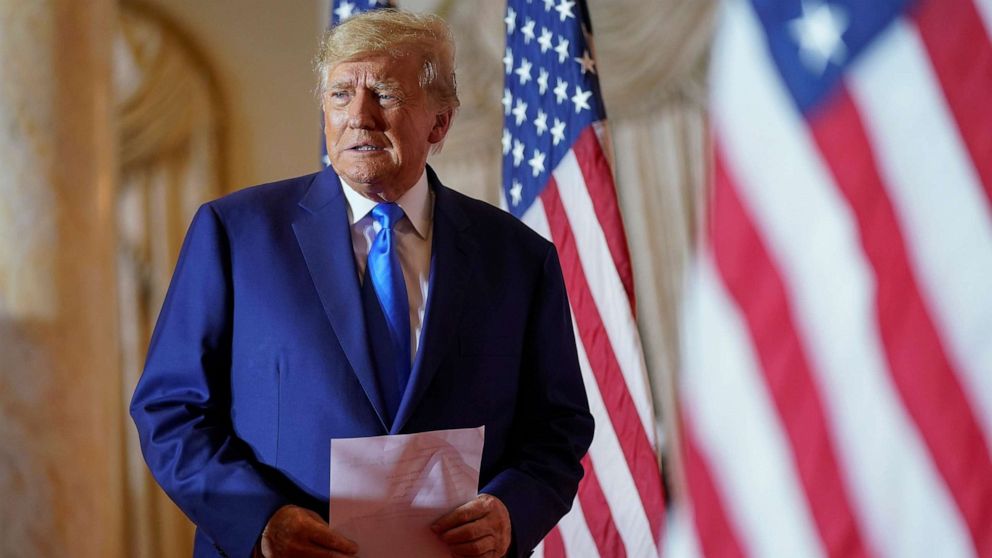 Trump sued Clinton, his 2016 presidential challenger, for allegedly "acting in concert" with top FBI leadership to invent what became known as the Russia investigation into interference in the 2016 election. Trump had argued that the Russia probe was "prolonged and exacerbated by the presence of a small faction of Clinton loyalists who were well-positioned within the Department of Justice."

Judge Middlebrooks dismissed the lawsuit this past September.

Middlebrooks' sanctions, issued late Thursday, direct Habba and Trump to pay $938,000 to 18 defendants in the case.

"A continuing pattern of misuse of the courts by Mr. Trump and his lawyers undermines the rule of law, portrays judges as partisans, and diverts resources from those who have suffered actual legal harm," Middlebrooks wrote in his opinion.

The judge also cautioned Trump's attorneys that they could face sanctions over their separate lawsuit targeting New York Attorney General Letitia James, who in September filed a $250 million suit against Trump and his family members for allegedly defrauding lenders and others with false and misleading financial statements.

Yet Trump is the gop's leading candidate for 2024!

LOL, Thunder Mouth and his mouth piece have to pay the piper...Karma.

Trump will probably try to pay up with worthless Trump Crypto...