The episode was hosted by Aubrey Plaza, a former NBC page, who strolled down memory lane with the help of President Biden and Amy Poehler.

The episode was hosted by Aubrey Plaza, a former NBC page, who strolled down memory lane with the help of President Biden and Amy Poehler. 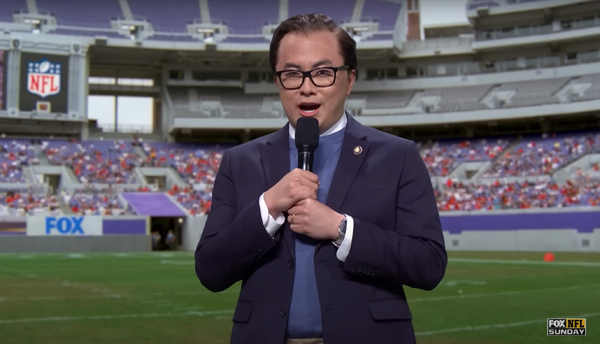 It wasn't a question of if or even when "Saturday Night Live" would get around to ridiculing Representative George Santos, the Republican congressman who has lied about wide swaths of his resume, just a simple matter of which "S.N.L." cast member would play him.

And within minutes of this weekend's broadcast, we got our answer: Bowen Yang appeared as Santos in the opening sketch, and again in a deskside segment on Weekend Update.

The show, hosted by Aubrey Plaza and featuring the musical guest Sam Smith, began with a satirical Fox Sports recap of the Eagles-Giants N.F.L. playoff game. When Mikey Day (playing the TV analyst Howie Long) introduced a new sideline reporter with an impressive list of credentials — "Heisman Trophy winner, more championships than Tom Brady" — it turned out to be Yang in his first go-round as Santos.

Reminded of his claims that he was the first player to lead the league in rushing and passing, Yang answered: "That's correct. I'm sort of the real Bo Jackson. And I'm proud to be the first African American quarterback to ever dunk a football." (He also said he had attended and played sports at "the University of College.")

He also denied that he had been a drag performer under the name Kitara Ravache. But, Yang added, "Whoever did, though, was very, very good at it and won many, many pageants."

A few minutes later, Yang returned as Kitara Ravache, claiming the camera away from a confused Ego Nwodim (playing the sportscaster Pam Oliver).

"I'm not George," Yang said, "I'm Kitara," noting that his statistics in that field included 26 Death Drops, 19 Duck Walks and "infinity" Wigs Snatched, as well as "the award for tightest tuck."

If that's not enough Santos content for you, Yang played the role again later on Weekend Update, where the anchor Colin Jost quizzed him about his false professional and personal claims.

In that segment, Yang said that he was not Jewish but "Jew-ish, which was honestly icon-ic." Nonetheless, he continued to assert that his grandparents were in the Holocaust. "They actually knew Anne Frank," he said. "My ancestors were the ones that told her, 'You should be writing this down.'"

Opening monologue of the week

Although she is known for playing wryly ironic characters on shows like "Parks & Recreation" and "The White Lotus," Plaza said in her first-ever "S.N.L." monologue that she was sincerely excited to be there as host. She had been a page at NBC years before, and she took the audience on a halfhearted tour around the studio, including the set design department where Plaza once worked. ("We always believed in you, Avery," the production designer Akira (Leo) Yoshimura told her.)

Plaza also just happened to run into her old "Parks & Rec" co-star Amy Poehler and got a video shout-out from President Biden, whom she said she had beaten in a ranking of Delaware celebrities.

"You're the most famous person out of Delaware, and there's no question about that," Biden said in the segment. "We're just grateful you made it out of 'White Lotus' alive."

'White Lotus' parody of the week

If you've got a "White Lotus" cast member as your host, you'd darn well better have a "White Lotus" parody somewhere on your show. This filmed segment was more than just a showcase for Chloe Fineman's dead-on impression of Jennifer Coolidge, though: It also imagined a luxury hotel called "The Black Lotus," staffed by cast members including Nwodim, Kenan Thompson and Devon Walker, who have no patience for the shenanigans of their privileged guests.

Nor are they especially eager to help the police when dead bodies are found floating in the ocean. As Nwodim says: "Is the ocean the hotel? Because I work at the hotel."

'M3gan' parody of the week

The hit science-fiction thriller "M3gan" is apparently proving especially popular with gay audiences. (Hey, where have we heard that before?) So why not devise a sequel that leans into that demographic?

That's the premise of this fake trailer for "M3gan 2.0," which features Fineman delivering another pitch-perfect impersonation — this time as the murderous robotic doll of the film's title — and Plaza as her even more gay-friendly upgrade. There's also a cameo from the "M3gan" star Allison Williams as herself, who is hailed as a gay ally for reasons we can't exactly describe in detail here. (If you're familiar with her work on the HBO series "Girls," you may already have some idea why.)

Weekend Update jokes of the week

Over at the Weekend Update desk, the anchors Jost and Michael Che continued to riff on George Santos and the F.B.I.'s seizure of more classified documents from President Biden's Delaware home.

George Santos is facing multiple investigations for lying about nearly every aspect of his life to make himself appear far more successful than he is, earning him the nickname Instagram. Of all of George Santos's lies, my favorite was that he was a standout volleyball player for Baruch College. Now that is a fine thing to be, but an insane thing to pretend to be. Like, that's his fantasy? It's like asking a kid, what do they want to be when they grow up? And they're like, "I don't know, assistant manager at Kohl's?"

Jost continued, as the screen beside him showed a photo of Santos walking two dogs:

George Santos — seen here with two people he listed as professional references — was described by a fashion expert as being able to get away with his lies for so long because he was well dressed. This guy is well dressed? He looks like he's trying to steal clothes by putting them on over what he wore into the store. And, uh, not to a bitch, but can we talk about this look? I mean, a blazer over a half-zip? Girl, not at my yacht party.

Che picked up the Santos thread:

A drag queen who claims she performed with George Santos said that George did not have the glamour to be a professional. But she said another drag queen in Congress is absolutely slaying as the character Marjorie Taylor Greene.

Pausing for applause, he went on:

Earlier today, the F.B.I. searched President Biden's Delaware home and found six additional Obama-era classified documents. Worse, one of them was Obama's real birth certificate. [The screen beside him showed a joke birth certificate for Barack Hussein Obama from the Republic of Kenya.] It was hidden in a copy of Black Tail magazine.

'Parks & Recreation' reunion of the week

Even by "S.N.L." standards, this was an episode jam-packed with celebrity cameos, including Jonathan and Drew Scott (also known as the Property Brothers), Tony Hawk, Kim Petras (who joined Sam Smith in the first musical segment) and Sharon Stone (who appeared in Smith's second performance).

But if we had to pick a sentimental favorite, we would choose this Weekend Update deskside segment, in which Poehler and Plaza returned as Leslie Knope and April Ludgate, the hapless government employees they played on "Parks & Recreation." They were utterly charming, and we appreciate seeing "S.N.L." go to great lengths to find them a blazer and a hoodie to wear for their roles.

George Santos? I hate her... 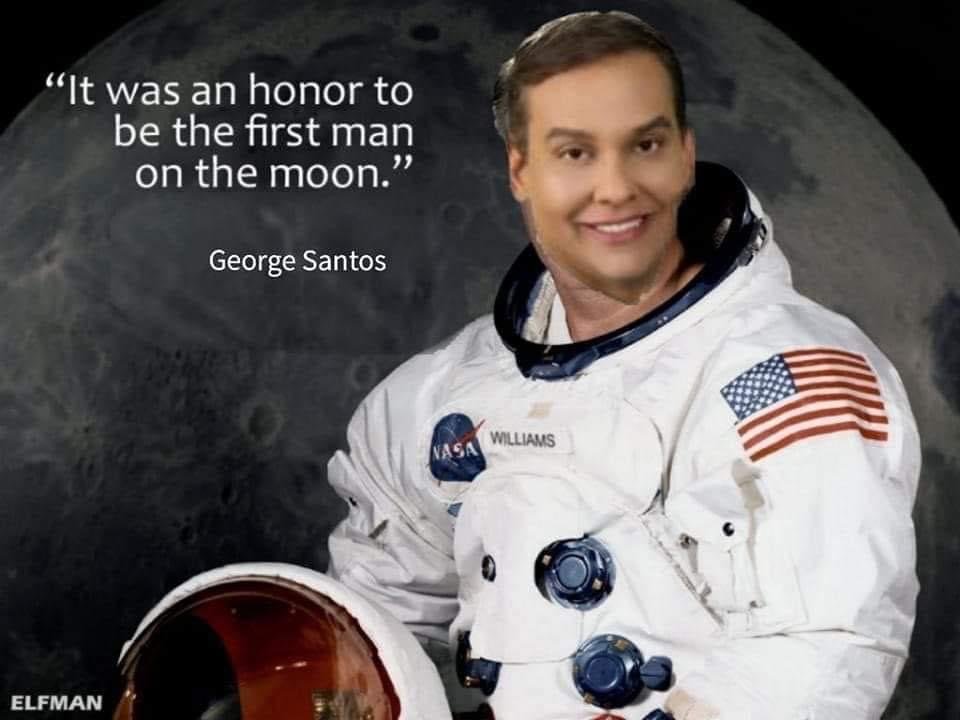 Yep. Santos and Biden are peas in a pod. No argument here

Professor Guide
3  Tacos!    one week ago

How are the people in his district not doing everything they can to recall this guy? I don’t even know if that’s a thing. (It’s not. I just checked.) Maybe they’re too embarrassed?