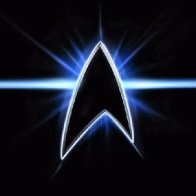 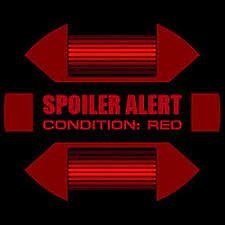 ‘Star Trek: Picard’ Season 2 Episode 7 Delves into the Dungeons of the Mind | Review

With a Season 2 episode entitled “Monsters,” it’s safe to assume that Star Trek: Picard is going to be a wild ride, especially with Tallinn (Orla Brady) venturing into the neural pathways of Picard’s (Patrick Stewart) brain. Across the first and second seasons of the series, Picard has reflected on his childhood—especially in regard to his mother. Now, with the guidance of an unexpected visitor in a Starfleet uniform (James Callis) he is being forced to examine what happened to his mother, through the lens of a fantastical and terrifying fairytale-inspired story.

Tallinn makes her way into Picard’s mind and finds herself in a dark, dank dungeon where a scared little boy is hiding. But he’s not just hiding, he’s waiting for his mother to return and, despite the threat of monsters attacking, he doesn’t think he can leave without her. The boy identifies the monster as a “him” which gives the first clue that the monster might be someone close to home.

Picard is yet again forced to examine how “untethered” he is to having deep, meaningful relationships with people. This has been a theme that has been explored pretty consistently throughout Picard, both with his hermit-like existence on the vineyard, and how uncertain he is about attempting an intimate relationship with Laris. It seems like this series has been designed to strip away Picard’s layers, lay them all bare, and attempt to make sense of his past and present. It’s all very cerebral stuff, and strikes right at the heart of what makes Star Trek’s approach to the human condition so fascinating.

Once Picard discovers Tallinn in the tunnels of his mind, he realizes that the “monster” he was afraid of was his father and that the man in the Starfleet uniform (Callis) is the man he feared as a child, but never truly understood. He had believed that his father was cruel for locking up his mother, but now he realizes that the real monster was whatever mental illness she had been afflicted with. With this revelation, Picard cuts short his introspection, leading audiences to believe that this might be only the beginning of a deeper look at Picard’s own psyche and emotional baggage.

Back at the clinic, Raffi (Michelle Hurd) and Seven (Jeri Ryan) decide to go back to La Sirena to try to track down Agnes who has gone missing. Before they depart, Rios (Santiago Cabrera) reveals that Agnes had kissed him at the event the night before and Raffi is decidedly against that duo rekindling their Season 1 fling. I have to say, I completely agree with her. Especially when Picard is setting up Rios for some sweet, sweet time traveler’s heartbreak.

When Teresa (Sol Rodriguez) arrives in the morning, Rios attempts to keep her out of Picard’s room. But she is undeterred and quickly cuts him down to size for trying to lock her out of her own clinic. Nothing could have prepared her for walking into the room and seeing Tallinn’s eyes rolled back as she wanders through the dungeons of Picard’s mind or having to use alien technology to stabilize her patient. It’s all very overwhelming, but she doesn’t let it shake her. Especially not when she has to worry about who these strangers are that she’s let around her son.

Once she gets Picard stable, Teresa turns her attention to this new revelation about Rios. “Are you from outer space?” Of course, Rios throws on the charm, “No, I’m from Chile. I just… work in outer space.” It’s a very important distinction, after all. Their dynamic has been a really unexpected element this season and Teresa is such a great addition to the series. Not just because of her flirtation with Rios, but because her banter with him brings a different brand of levity to this very stressful situation. She’s so concerned about Rios being a “good guy” and trusting her own instincts. She has some of the best lines in the episode from calling Rios out for being creepy to her flirty little moment with him where he claims he’d become a “good guy” just for her.

Rios, who is no stranger to breaking rules, breaks some pretty serious time traveling rules in this episode. Despite everyone talking about not creating butterflies, he throws caution to the wind and brings Teresa and her son aboard La Sirena. Given the far more pressing situation that Raffi and Seven have discovered, perhaps his butterflies aren’t the worst thing that could happen in 2024. A new Borg Queen is far more concerning.

When Picard finally escapes the constructs of his own mind, Tallinn reveals that she is in fact a Romulan, which means she could be Laris’ ancestor or she could be Laris. I’m still not convinced that there isn’t a larger story at play with Picard and Laris. I don’t think she’s bad, and I hope that she isn’t, especially when so much of this storyline is about Picard learning to let people in, but she’s definitely not telling him everything.

In the final scene of the episode, Picard goes to find Guinan (Ito Aghayere) at 10 Forward, in hopes that she can summon Q—or any Q—to get more answers. Her attempt to summon a Q fails… or does it? As she and Picard discuss their predicament, a man enters the bar, insisting that he wants to get a drink even though Guinan tells him they’re closed. There’s something about him, from his quippy interjections about science fiction to his all-too-knowing demeanor that should have raised the red flag. Evidently, he isn’t a Q, but he is an FBI agent who has come to arrest Picard.

“Monsters” presents a lot of fascinating themes, particularly about fathers—both with Picard exploring his own paternal issues and Rios discussing how he views Picard as a father figure. Additionally, trust is an ever-present component of this episode, with Picard learning to trust himself and Tallinn and Teresa figuring out if she wants to trust Rios. With three episodes left, Picard has a lot to tackle before the finale, and it seems like they’ll be up against not just Q meddling with the future, but a Borg Queen vying for ultimate power.

The singer in the bar that Agnes wandered into is Patrick Stewart's real-life wife, Sunny Ozell, singing her real-life song, "Take You Down."

The actor who played the Starfleet psychiatrist and Picard's father Maurice was James Callis. Yup, Gaius Baltar from the reimagined Battlestar Galactica himself. I though I recognized the voice right from the start, and when they finally showed his face I was like, "I knew it!" They had him wearing a Voyager-type uniform and combadge for some reason.

Here was James Callis as Baltar in BSG. 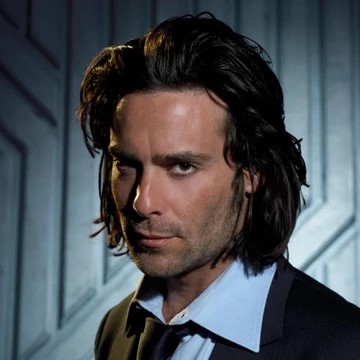 The FBI agent who arrested Picard at the end was played by Jay Karnes, who previously played Ducane, an officer on the 29th Century timeship Relativity in the Star Trek: Voyager episode of the same name. He's only credited as "FBI agent" on IMDB for this Picard episode, but who knows, maybe he'll turn out to be the same character. Ducane was a time traveler after all, and Seven worked with him in the Voyager episode, so if she recognizes him here we'll know.

Here was Jay Karnes as Ducane in the Voyager episode "Relativity." 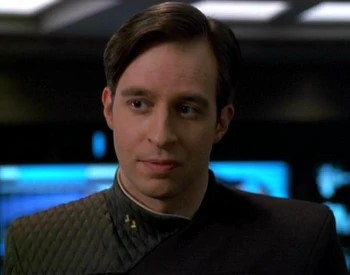 I thought this was only an OK episode. They spent far too much time in Picard's mind, IMO. I got pretty bored with that. And what's up with the not-Laris Supervisor turning out to be Romulan? Where are they going with that one? Is she somehow going to be Laris after all? Some kind of Q trick?

What did you guys think of this one?

Did Picard inherit Irumodic Syndrome from his mother?

And I see we have remembered about nanoprobes, but the whole endorphin angle is new.

Rios might say he's trying not to break time, but he's not trying hard enough.  It was beyond stupid, bringing Teresa and her son to La Sirena.

Did Picard inherit Irumodic Syndrome from his mother?

Whoa. I dunno. Hadn't thought of that. They did describe it as a brain abnormality.

And I see we have remembered about nanoprobes, but the whole endorphin angle is new.

Yeah, first mention of nanoprobes. I was worried they were going skip that part of Borg canon.

I don't get the endorphin thing.

It was beyond stupid, bringing Teresa and her son to La Sirena.

And to prove to her that he's a good guy or something? Not a very responsible move for a Starfleet captain. He deserves a visit from Temporal Investigations for that one (you know, the guys Dax supposes are always on time in "Trials and Tribble-ations," lol.)

I wonder if that's going to be yet another homage to The Voyage Home? Kirk and company took Gillian with them after she'd seen the ship, partly to avoid corrupting the timeline by leaving someone behind who knew about the future, if I remember correctly. Maybe she and her kid end up going back with them? Then again, maybe they'll just erase her memory somehow. Not-Laris has that mind tech thing.

Maybe she and her kid end up going back with them?

Maybe.  It would be a shame for her to leave her clinic, though.

I have to say, the "neural stabilizer" thing was annoying.  I mean, if all you have to do is hold it next to the patient's head, anybody can use it.  Why didn't Rios just do it himself?

I forgot about that. Yeah, big eye roll moment.