Shadows In The Hall

Mind your own business! 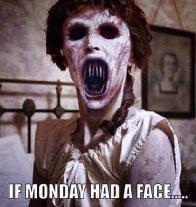 A story from Eve S. Evans’ collection The Ghosts Among Us.  Published May 8th 2021. Kindle version via Amazon.

“Shadows In The Hall”

None of us can remember exactly when it all started.  By the time that we finally acknowledged there were things happening in the house, we had been seeing the shadow figures for months.  They started it all, and once it started, it never stopped.

At first, we thought our eyes were just playing tricks on us, but then we started paying attention.  The way our house was designed, you could see the hallway past the kitchen while you sat in the living room.  You could also see the shadows as they ran across the hall and up the stairs.  The short gray one was always first, just a blur caught out of the corner of your eye as you sat on the couch.  Then, once it was sure you were watching, the tall black one would run by.  We would sit there in silence, my family and I, staring out into the empty hallway, before turning our attention back to the television, not saying a word about what we had seen.  It would happen every night.

For a while, it was just the shadows, and they weren’t hurting anyone, so we tried to ignore them.  But then things changed.  My grandpa got sick and had to move in with us so that we could take care of him.  With there only being so much space in our house, my dad turned our den into a bedroom for my two sisters and me to share.  We absolutely hated it in there because things would happen at night.

It started with our cat, Poncho.  In the middle of the night, when we were all asleep, he would jolt awake, ears tucked back against his head and eyes wide, panicked.  He would hiss and meow at nothing; out into the open space beyond the foot of our bed, at the corner of the room, looking up at the ceiling.  Occasionally, he would just take off running, the fur along his spine standing up, and start scratching at the door to be let out.  He didn’t want to be trapped in our room any longer.

My sisters and I knew that there was something else in the room with us that we couldn’t see.  We would lie there in bed huddled next to each other, sleeping with the covers pulled up over our heads.  None of us wanted to see what was out there in the dark.  But even that didn’t keep us safe.  Instead of seeing it, we felt it.  The three of us, Poncho included, would wake up simultaneously and look at the foot of the bed, where something had just tugged on our covers.

As time went on, other things started to happen around the house, and not just at night.  One day, in the middle of the afternoon, the water started running in the bathroom upstairs.  We were all sitting in the living room and stopped what we were doing to look up, listening to the water creaking and groaning as it ran through the pipes.  It wasn’t just a drip, either; it sounded like someone was running a bath.  My dad got up from his chair and walked up the stairs slowly, the four of us trailing some distance behind him.  Of course, there was no one in the bathroom, so he turned off the water and walked back down the stairs, looking a little pale as he shook his head.

Things started to go missing around the house as well.  Small items, like accessories, jewelry, even clothing items, would all disappear from where we left them.  The three of us girls would accuse the others of taking or hiding our things, only for the missing object to turn up in the exact spot it was last seen a few days later.  Our parents started to think we were sneaking out of bed at night, considering all of the strange things going on in our house.  They even got a baby monitor to hide in our room, trying to catch us in the act, but we weren’t the culprits.  We knew that they wanted to find a reasonable explanation for the things that were happening, but even though they would make us stand in the corner for half an hour every morning, none of us could confess.  Of course, that routine only carried on until the baby monitor itself went missing and never returned.

Recently, I talked to my dad about all of this.  I suppose since my sisters and I are adults now, he figured there was no use ignoring or downplaying what happened any longer.  He told me that he and my stepmom had known the whole time that something wasn’t right with the house.  They tried to shield us from their own fears and concerns since we were just kids when everything was happening, but they had their fair share of paranormal experiences as well.

My dad told me the story of how, one night, he woke up at around 3:00 AM, listening to the baby monitor as it relayed the sound of static into the room.  He was just lying there, lost in his own drowsy thoughts and string at the ceiling when a voice came across the airwaves.  “Mind your own business!” it hissed.  A chill ran through my dad, and he jumped out of bed.  Hurrying to our room to check on us, he walked in to find it empty.  He looked everywhere, eyes scanning in the dark, but he couldn’t locate the source of the voice or the baby monitor.

That wasn’t the only experience he had, either.  On multiple occasions, he would hear something cry out my stepmom’s name in the middle of the night.  The first few times, he would get out of bed and walk down the hall, checking each room to try and find someone, or something, that could have called out, but he never found anything.  He tried to ignore the calls after that, staying in bed and focusing on slowing down his heartbeat that was thundering away in his chest.

The incident that scared him the most, he told me, was the night that he heard a voice cry for help.  Though it wasn’t the loudness of the cry or the terror in the voice that made his hair stand on end, it was the fact that the voice sounded just like mine.  He threw back the covers, every nerve in his body on high alert, and ran to our room.  When he threw open the door, the three of us were sound asleep, cuddled next to each other in bed.  He was in disbelief.  Shocked and confused, he walked back to bed and went to sleep.  The very next morning, he announced at the breakfast table that we would be moving.  He and our stepmom started looking for houses an hour after that.

Weird things happened in that house, sure, but it wasn’t the house’s fault.  It wasn’t anything attached to the land that the house was built upon or energetic remains from some horrible past owners and their paranormal proclivities; that I know for a fact.  And the reason I know that is because the same things continued to happen to us in all three houses that we lived in after that.

Sophomore Expert
1.1  al Jizzerror  replied to  Veronica @1    one month ago

Professor Principal
2  MrFrost    one month ago

Am I deprived because I've never had a paranormal experience (that I can remember - the mind is pretty good about cancelling some things).