William Shatner Feels the Urgency and Awe of Aging

At 91, the 'Star Trek' star still believes in saying yes to new opportunities

When the original "Star Trek" TV series was canceled after three seasons in 1969, William Shatner was newly divorced, saddled with alimony and child support payments and "totally broke." He took jobs performing in summer stock and lived in his pickup truck with only his dog for companionship. "My life got desperate," he admits in his latest memoir, "Boldly Go," out next month. Though he's since enjoyed plenty of work on the big and small screens, he observes that the "feeling in your gut of not knowing where your next meal was coming from, sadly, on some level, never really goes away."

At 91, Mr. Shatner has a rugged vitality, his charisma palpable on a video call from his home in Los Angeles. He attributes his longevity to his busyness. He rises early, spends most mornings on one of his horses and then gets to work. In the past year alone, he put out an album, starred in a documentary, hosted a couple of TV shows and made a trip to the edge of space on a rocket launched by Jeff Bezos's Blue Origin.

Still, he is quick to say that age doesn’t confer wisdom. “I knew nothing then, I know nothing now. Nobody knows anything,” he insists. If anything, growing older has left him only more awed by the wonders of life and the mysteries of the universe. “I probably say ‘wow’ more now than when I was a child,” he notes.

Mr. Shatner allows, albeit reluctantly, that he is probably “on the precipice of death.” This, he says, has made him both more impatient—“I’ve got so many projects going on now, each one I say, ‘Do it now, do it now, do it now’”—and more reflective. “What you see as you get old is the chess moves in your life, why you did this and not that,” he says. With his new book, he hopes to impart some of this hard-earned insight, though he understands the limits of advice. “The kids don’t listen,” he observes. “We all make the same mistakes.”

Mr. Shatner writes that he is still reckoning with the profound sense of loneliness he first felt as a child in Montreal. “It has always and to a large degree still does terrify me,” he says. He never felt close to his parents or siblings, and he was often bullied for being a Jew in Catholic Quebec: “I had to fight a lot.” When his class celebrated Valentine’s Day in fifth grade, the only valentines he received were the ones he sent himself. “Of all of my memories from childhood, that one’s vivid,” he says.

With hindsight, Mr. Shatner suspects his “yearning for companionship” spurred some questionable romantic choices. “I am fortunate that my daughters have been so understanding of their father’s difficult love life,” he writes. He takes comfort from the fact that his three children and his grandchildren all live nearby. Mr. Shatner still shares a home with his fourth wife, Elizabeth, even though they are divorced “on paper,” which he says is for estate-planning reasons. “For us, it works, and I think that is all that really matters,” he writes.

Becoming an actor never felt like a choice for Mr. Shatner. “It just never occurred to me not to,” he says. Although his father nudged him to study business administration at McGill University, he spent most of his time in the drama department. Before earning his degree in 1952, he told his father that he wanted to be an actor. “He then said ‘You’ll be nothing but a hanger on,’” Mr. Shatner recalls. “That has echoed in my brain ever since.”

In the early days of job-hunting in Canada’s theater circuit, Mr. Shatner was often too poor to eat more than toast for breakfast or a fruit salad for lunch. A theater in Ottawa hired him as an assistant manager, but when it became clear he lacked a head for business, he was put to work as an actor instead. “That really was the beginning of the snowball,” he says.

By the time he met Gene Roddenberry, a TV producer with an idea for a show about a crew of space travelers in the 23rd century, Mr. Shatner was working steadily on Broadway, in Hollywood and on TV. “I never waited tables, I never drove a cab, I never took unemployment insurance, I just blundered on,” he recalls. “All I thought about was the next job.” When network executives rejected Roddenberry’s first “Star Trek” pilot, he crafted a new one with Mr. Shatner in the lead as Captain James T. Kirk. “I saw the original lacked a little humor, and I suggested lightening it up,” Mr. Shatner says.

”Star Trek” first aired in 1966 to mixed reviews and was canned 79 episodes later, but its optimistic vision of the future proved popular when Americans needed some uplift in the 1970s, and Mr. Shatner reprised his role in later adaptations and films. He is still a regular speaker at conventions of “Trekkies” and sounds grateful to be part of a phenomenon that appeals to both “six-year-old children and their grandmothers,” he says. “They take it so personally,” he adds. “It’s very weird but wonderful.” In 2014 NASA awarded him its highest civilian honor “for inspiring generations of explorers.”

It took years and quite a few B-movies, however, for Mr. Shatner to convince casting directors he was capable of playing roles back on planet Earth. He developed a reputation for saying yes to everything, from commercials to game shows to bit parts on television. He eventually landed leading roles in the shows “T.J. Hooker” in the 1980s and “Boston Legal” in the 2000s, for which he won an Emmy, but he never stopped hustling. “My philosophy has long been to say yes to new opportunities,” he writes.

It startled Mr. Shatner when his hero, Marlon Brando, once described acting as “child’s play.” “How could he say that? It’s an ever evolving exploration of what it means to be human,” Mr. Shatner says. “Every time I’m in something, I always think, ‘Oh, my God, so that’s how it’s done.’ It’s always a revelation.” Although he’s too critical of his work to ever watch it, he’ll occasionally catch a glimpse of his youthful self and think, “What was I complaining about then? I wasn’t all that bad.”

Mr. Shatner’s journey to space last October left him changed. As he looked down on “our tiny planet,” he says he felt a profound sense of grief over the destruction of this “warm nurturing” orb and the extinction of species that took billions of years to evolve. In April he performed a spoken-word concert about the experience, with songs co-written by Robert Sharenow, at the Kennedy Center in Washington, D.C., which he says will soon be available as an album and music video. “My fervent wish is that it starts a movement of awareness of where we are and what we have to do,” he says. “That may be my destiny.”

What a great story, yet so common.

I love the very typical comment from what was arguably the greatest actor of all time: acting is “child’s play.”

Professor Expert
2  Buzz of the Orient    3 months ago

"What's a Canadian farm boy to do?" 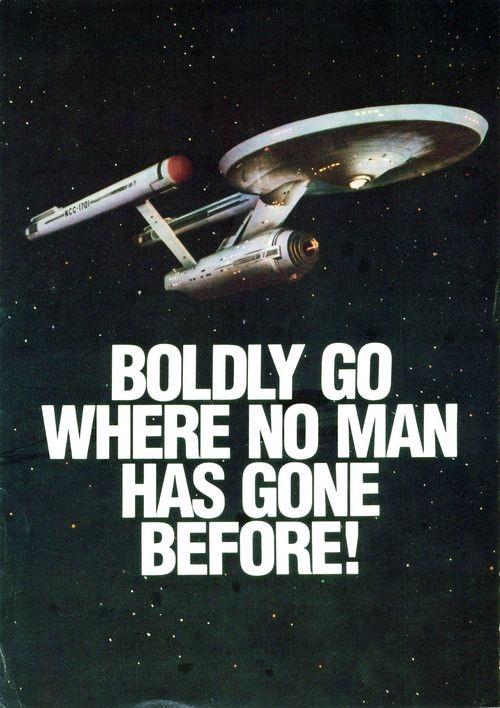 Maybe three years ago (a little before the pandemic), our local theater showed Wrath of Khan and Shatner was there for it. When the movie was over, he sat on stage for an interview/conversation/questions that went on for more than an hour, I would say. He told great stories and was incredibly gracious to the audience.

His acting style gets mocked, but I actually enjoy him. There’s nothing wrong with being into the role.

Shatner has lived a long, productive life, and I've enjoyed many of his endeavors. One that I've recently found is a History Channel series called " “ The UnXplained ”. Very interesting!

I love Shatner. Only did his bestie Nimroy, do I love more. Good actor or bad, what he brought to his role as Kirk, has left generations with a legacy. Not many of us can say that.

btw.. he was in a great movie and most people missed him. He played a small part in "Judgment at Nuremberg", with some of the best actors at the time. That really says something.

He was in some Twight Light Zone episodes also.

William Shatner has never been a great actor, but he had the luck to play an iconic character in an iconic series and those people are never forgotten.

He has made the best of it, stayed relevant, and had a lot of fun in his 91 years. What more can be asked for?

Back in 2002 William Shatner was filming a movie here in Bisbee, AZ on the border called Groom Lake, a very cheesy SF film. I was sitting in the local hotel called the Gadsden Hotel in Douglas, AZ at 10:30 PM waiting for My son who worked the front desk when in walks none other than Mr Shatner trailed by his production assistant wanting to rent a room. I was sitting in a chair reading a newspaper and paid him very little attention even though I recognized him right off the bat. After getting their room keys they went to the elevator which was locked as the elevator operator got off work at 10:00 PM. As he walked by me cursing, without looking up from my newspaper I told them "Looks like you get your exercise tonight." He just kept on cursing and walked to the stairs. Over the next few days, my son and other hotel staff I knew said he acted like a jerk. Could be he was under a lot of pressure with the movie but he sure made a poor impression.

Over the next few days, my son and other hotel staff I knew said he acted like a jerk.

George Takei is on the record agreeing with your son's assessment.

So I have heard.

Do you ever see the comedian Doug Stanhope and his wife Bingo?

He lives in Bisbee and supposedly also owns lots of property there.