The Fredo Kiss and Its Repercussions in 'The Godfather' Franchise

The Fredo Kiss and Its Repercussions in 'The Godfather' Franchise 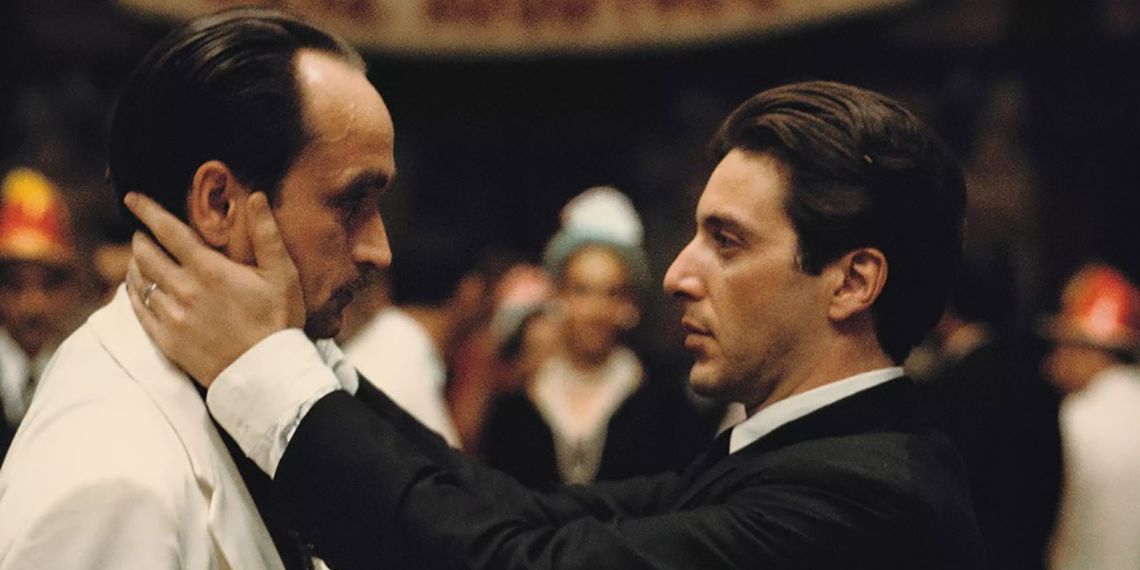 t's one of the most memorable scenes in movie history:  Al Pacino , as Michael Corleone grabs his brother Fredo's (the late, great  John Cazale ) face, gives him a long kiss on the lips and says, "I know it was you, Fredo. You broke my heart. You broke my heart!" Fredo then stares at his brother, terrified, and runs away into the crowd. The kiss is known as "Il bacio della morte," meaning "the kiss of death." In this instance, it was to signify to Fredo that he was marked for death for betraying his brother to Hyman Roth ( Lee Strasberg ) and his right-hand man Johnny Ola ( Dominic Chianese ) in  The Godfather Part II .  Michael eventually has him killed, although certain events have to occur before Michael orders his death.

Today, this kiss has become so famous that it's been used as a comedic tool in shows like  Brooklyn 99  and  New Girl,  where it was called "The Fredo Kiss." But, the significance of the kiss is what makes it famous; the unthinkable act of having a sibling killed for any reason seemed so shocking, particularly between two siblings who, before this incident, seemed to love each other dearly. After all, this was a series about a family, so the idea of familicide goes against the grain.

Why Fredo Had to Die 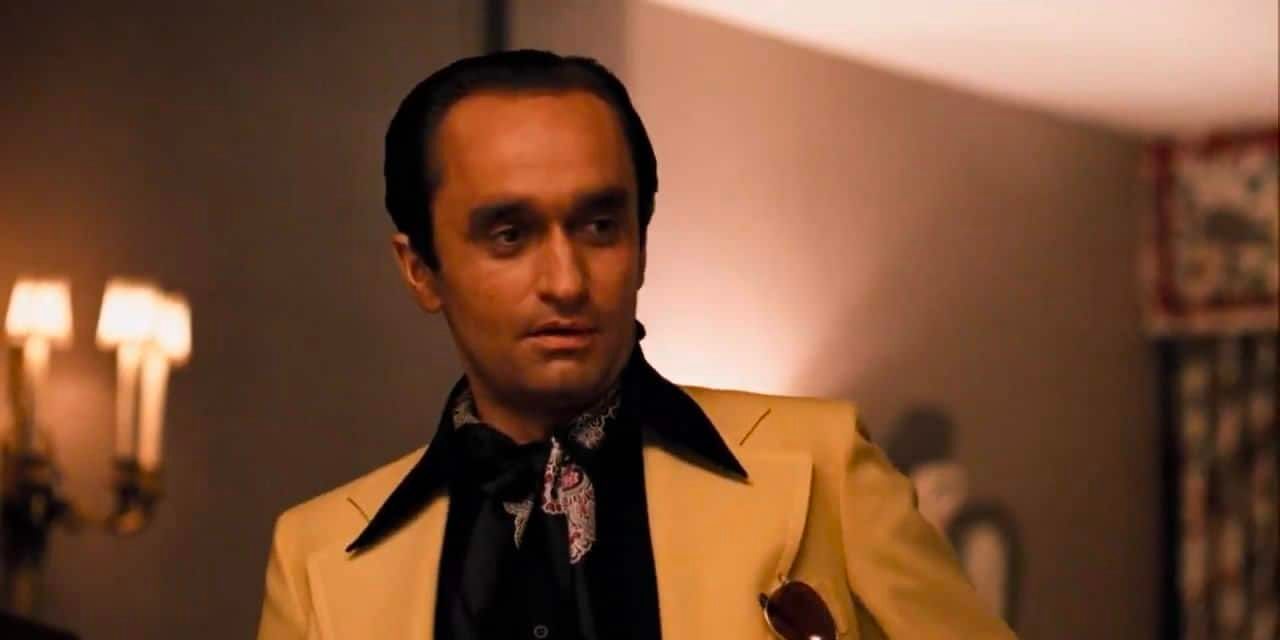 Michael's suspicions of Hyman Roth are solidified in a moment of realization that could make you cry, and the heart-rending betrayal is revealed. Fredo later admits that in exchange for "something for him," he passed information about Michael to Roth. The "information" is unspecified, and Fredo explains that he did not know this exchange would lead to an attempt on Michael's life.

Fredo's decision is most likely a result of resentment toward Michael, by whom he felt he had been passed over. Michael was Fredo's "kid brother," and the fact that their father chose for Michael to take over the "family business" came as a great insult to Fredo, who was neither as intelligent nor as strong. During the course of the films, Fredo offers several ideas for the business, including a necropolis, but Michael doesn't take his proposals seriously. He also acts shamefully, choosing womanizing and drinking over the business, despite being clearly charismatic.

With that in mind, Fredo's death has to be justified, and truthfully, whether it is remains unclear. Earlier in  The Godfather Part II , an assassination attempt is made on Michael's life in his home. Michael comes to suspect Hyman Roth is behind the attempt, but with the Corleone estate being fortress-like and heavily guarded, it is clear that betrayal had occurred by someone close to him. In an "introduction" between Fredo and Johnny Ola by Michael, Ola states that he never met Fredo, and Fredo plays along, shaking his hand. The uncomfortable exchange of expressions between Cazale and Chianese is only visible to the viewer, as we can clearly see they have met and are trying to conceal it. Later, in a sex club, Michael overhears Fredo explaining to a friend that Johnny Ola brought him to the club first and explained further that "Old Man Roth would never come here, but Johnny Ola knows these places like the back of his hand."

The Controversial Decision to Kill Off Fredo 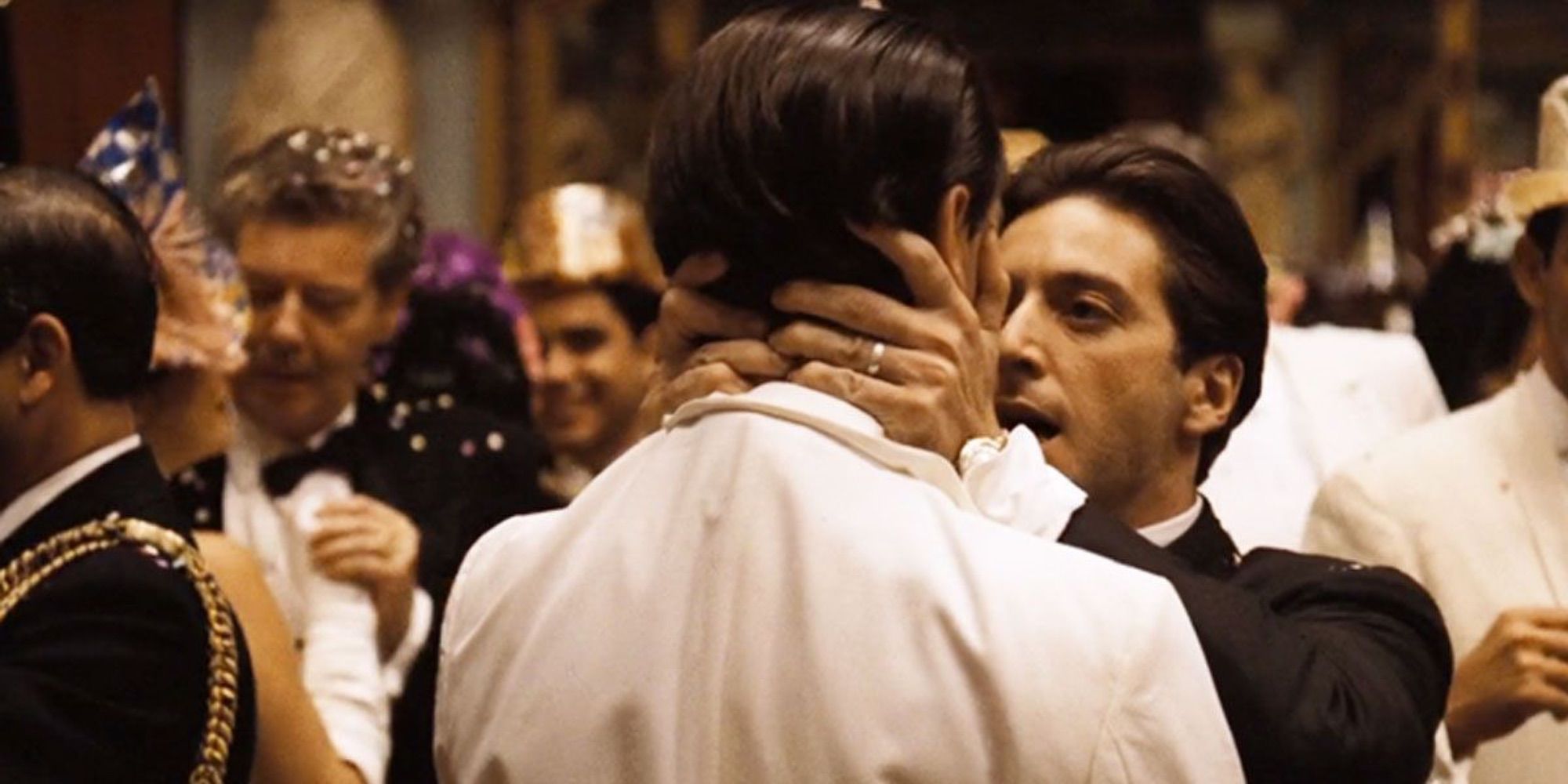 If you think that it still seems unimaginable to be able to like a character, even a protagonist, who orchestrates the death of his brother, you would have shared that opinion with  Mario Puzo . Puzo was the author of the Godfather book series and a close collaborator with  Francis Ford Coppola  on the films. According to  The Godfather's 50th Anniversary  introduction ,  written by Coppola, "Mario was dubious about the idea that it was Fredo who betrayed Michael; he didn't think it was plausible. But he was absolutely against Michael ordering his own brother to be killed." Coppola later explained that while Puzo added his thoughts for what the novel's characters may do, Coppola's input was contingent upon what a film director would do.

It's important to note that the novel,  The Godfather , initially released in 1969, did not feature Fredo dying. With both  Godfather  films being released by 1974 and Puzo's sequel  The Sicilian  not released until 1984, Fredo's death was not written in Puzo's novels. Therefore, Fredo's death was purely an idea of Coppola's.

With the family being at the film's center, Coppola and Puzo had to devise a compromise. They settled on Fredo's death occurring after Fredo and Michael's mother, Carmela, passed away. With Vito Corleone having already passed, their parents were no longer a concern. The decision turned out to be the right one as it served as the film's emotional climax. Additionally, Fredo's death would come to serve as a catalyst to the dissolution of Michael's marriage to his wife, Kay ( Diane Keaton ), as well as the strained relationship between Michael and his son, Anthony ( Franc D'Ambrosio ), who had grown close to his uncle as a child. Of course, none of this fully culminates until  The Godfather Part III , released in 1990.

A Note About John Cazale 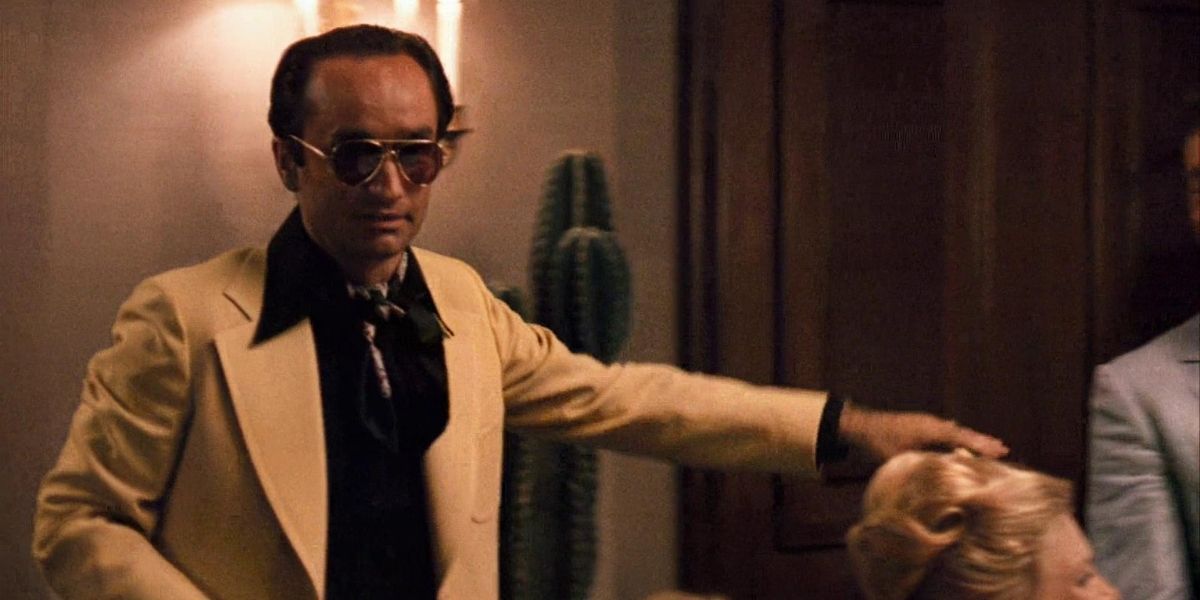 John Cazale is not a household name anymore, but he should be. Cazale passed away in 1978, so he never got to have the lifelong career that many of his co-stars did. His impact is unprecedented for a man whose career was only able to span six years. Cazale was able to star in five feature films before his death, all of which were nominated for the Best Picture Academy Award. Additionally, they have all been deemed by the United States National Film Registry by the Library of Congress as being culturally, historically, or aesthetically significant.

For those that may want to watch them, they are  The Conversation , starring  Gene Hackman ,  The Deer Hunter , starring  Robert De Niro  and  Christopher Walken ,  Dog Day   Afternoon , starring  Al Pacino , and  The Godfather Part I  and  Part II . There's a lot more to offer in his film catalog than just Fredo, and they're all outstanding movies to watch if you have the time.

Professor Expert
1  seeder  Buzz of the Orient    2 weeks ago

I apologize for posting articles that I think are interesting and are not about politics but I'm aware it won't stay up on the Front (Home) Page for very long, so if anyone else is interested they should read this article soon.

Professor Expert
2  seeder  Buzz of the Orient    2 weeks ago

Does anyone else know that John Cazale was once engaged to Meryl Streep?