CONVERSATION WITH AUTHOR OF BOOK "ONE NATION UNDER GOD" 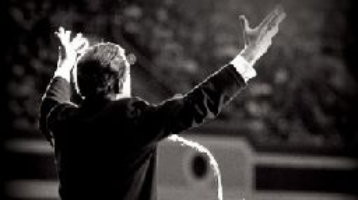 (Summarized) Kevin Kruse's book investigates how the idea of America as a Christian nation was promoted at least as far back as the 1930s and '40s when industrialists and business lobbies, chafing against the government regulations of the New Deal, recruited and funded conservative clergy to preach faith, freedom and free enterprise. This conflation of Christianity and capitalism moved to center stage in the '50s under Eisenhower's watch and continues to hold current sway.

The words "under God" in the Pledge of Allegiance and the phrase "In God we trust" on the back of a dollar bill were inserted in the 1950s during the Eisenhower administration.

According to the conventional narrative, "the Soviet Union discovered the bomb and the United States rediscovered God. In order to push back against the atheistic communism of the Soviet Union, Americans re-embraced a religious identity." That plays a small role here, but ... there's actually a longer arc.

If you look at the architects of this language ... the state power that they're worried most about is not the Soviet regime in Moscow, but rather the New Deal and Fair Deal administrations in Washington, D.C.

The New Deal had passed a large number of measures that were regulating business in some ways for the first time, and it [had] empowered labor unions and given them a voice in the affairs of business. Corporate leaders resented both of these moves and so they launched a massive campaign of public relations designed to sell the values of free enterprise. The problem was that their naked appeals to the merits of capitalism were largely dismissed by the public.

Gawd?  "Father, why have you forsaken me?"  Jesus, as he withered on the cross. 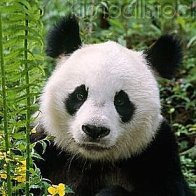 If you have ever wondered how the GOP and business lobby and their 1% ownership have united and become so powerful and influential, as well as rich, this is the book to read.

I’m pro capitalist. And pro corporate.  I’m well aware that my health care, health savings, life goals savings, education savings and retirement as well as my retirement accounts are all dependent upon the well being of corporate America. So yes, we will have to deal with the fact that what’s good for Ford, Walmart, Wells Fargo, Exxon Mobil, Twenty First Century Fox, Newscorp, Teva, and all the different companies in all the different mutual and exchange traded funds is good for me and good for America.

Sounds like some thing that I'll have to read...Thanks Padre.

You are more than welcome ... it is extremely well-researched and yet the writing style is user-friendly ... I'd wager most people who read it are in for a real education. And of course Kim Phillips Fein's Invisible Hands is another one on the subject that is a blockbuster