Editorial: As officials respond to the Orlando Sentinel's investigative series, "Schools Without Rules", it becomes clear that lawmaker need to commit to a standard of accountability.

There were teachers without degrees, schools caught falsifying safety reports, schools run by people accused of crimes and schools that were such financial messes they were evicted from their campuses in the middle of the school year.

Demonize public schools all you want. There won't be a day when you take your kid to an Orange County school only to find the school is no longer there.

It was a culture of dereliction at private schools funded with public resources.

And now the Sentinel has found more problems.

As reporters Annie Martin and Leslie Postal reported Sunday,   Florida's voucher schools are also hiring convicted felons   — some of whom are supposed to be barred from teaching under state law.

One former convict was discovered at a Pine Hills school after she was arrested again on a child-abuse charge involving a student.

Another teacher was fresh out of prison on $47,000 worth of Medicare fraud — and banned from teaching in public schools — when she was hired by a voucher school the next month.

Florida lawmakers made modest changes to rules that govern private schools that take state scholarships, or vouchers. But they don't prevent some schools from hiring teachers with felony convictions.

Now, I could make the argument that being convicted of a crime doesn't mean one should never teach again.

I believe in rehabilitation. Plus, I know criminal prosecution is awfully selective — especially on things like health-care fraud where politicians go mercilessly after small fries while letting the CEOs and execs go scot-free. (Misuse $40,000, you get prison. Misuse $40 million, you get a deal and a severance package. Just ask   Rick Scott .)

But here's the thing: I don't make the rules. The state does.

And Florida believes that being a former felon is such a horrid thing that it has rules banning many of them from even voting in this state, much less leading a classroom here.

Unless, apparently, that classroom happens to be at a voucher school. Then the rules go out the window.

Commit a felony in Florida? Get out of our public schools! And   into   our voucher ones!

There, we'll pay your salary … even if we won't let you vote … because you're an outcast … unless you want to teach kindergarten without a degree, you see. It's all about "choice."

The only guiding principle here is an insatiable appetite to expand the state's network of private schools funded with public resources.

As the Sarasota Herald-Tribune recently reported: " Florida leads nation in school vouchers, and there are more to come ."

We're talking a billion or so dollars worth of public money and tax credits into a "scholarship" system that has far fewer checks, balances and even basic requirements than public schools.

Remember: Hiring convicted criminals is just the most recent example. There are also all those other problems — shaky finances, shady safety records and unqualified teachers.

Sometimes the voucher schools break the rules. Other times they don't have even have rules to break.

That was, in fact, a primary takeaway from the Sentinel's   "Schools without Rules" series — that Florida's voucher system is the Wild Wild West of education with tax dollars and children's futures on the line.

These people aren't looking because they know what they'll find.

If I really believed voucher schools were a splendid example of education — as Gov. Rick Scott, House Speaker Richard Corcoran and most legislative Republicans claim — I would welcome standards and scrutiny. And, when problems were found, I'd pounce to fix them.

But they don't. Instead, they let problems fester, defend the status quo and bash public schools.

When the media find problems at public schools — and we've exposed many) — they scream:   See? Public schools stink! Failure factories!

But when the media find problems at the voucher schools, it's:   Biased media. Fake news. Why are you opposed to choice? Especially for poor black children?

And when leaders such as Republican state Sen. David Simmons call for better standards, the rest of his party just ignores him.

People who actually care about education want accountability and standards for all.

People who simply want to demagogue an issue — and don't care about kids who get cheated out of schooling — well, they support the system Florida has now.

It's okay Tessylo, Florida has low taxes that makes everything alright. They wonder why the American educational system ranks so poorly, perhaps they might want to see how Finland does it.

You want to blame someone, blame the public school system.

Sexual abuse problems in our schools

Problems like this have been systemic to public schools long before charter schools ever existed.

Why the fuck would I blame public schools which have nothing to do with these sham charter schools.

Why the fuck would I blame public schools

Well ...... we know you wouldn't.   Since you regularly fail to verbalize the entire scope of any given problem but rather only point out the part of the problem that suites the narrative you're trying to push at the moment.   SOSDD.

This time its "anti" for Charter schools.    For which i have clearly pointed out "the rest of the story" in that public schools have the same sorts of problems.   Long before Charter schools ever existing.   You don't want to recognize that because it makes public schools look bad.   Well that's too bad since it is true .... the truth does hurt sometimes eh?

Martha Stewart would be an excellent home-ec teacher. 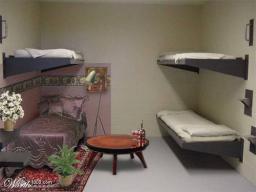