China’s lunar rover is helping to unravel a Moon mystery

The Chinese space program started 2019 with a major milestone when the Chang’e 4 lunar lander successfully touched down on the far side of the Moon. It was the first time any country had completed such a feat, the landing itself was just the first of many objectives China had for the mission.

In the days that followed, the lander deployed a rover, snapped photos, and even grew some plants . Its rover had some work of its own to do as well, and a new research paper published in Nature reveals that some of the readings it gathered from lunar surface samples were rather surprising for scientists.

Today, the Moon is relatively quiet and cool, but researchers don’t believe this was always the case. It’s thought that the young Moon was once largely covered in superheated liquid rock that flowed across the surface before eventually cooling.

While the rock was still hot, scientists assume that denser minerals would have naturally settled deep beneath the surface. Once the oceans of magma fully cooled, heavy minerals like pyroxene and olivine would have already been buried. That thinking was seemingly challenged when China’s Yutu-2 rover gathered samples that clearly contained both olivine and pyroxene, but researchers have a very good explanation for why they found those specific minerals on the surface.

Chang’e 4 landed in a spot on the Moon known as the Von Kármán crater, in an area known as the South Pole-Aitken (SPA) basin. The basin is what is left of a massive crater that formed long ago, and researchers believe that the presence of heavy minerals in the surface samples gathered by the rover is evidence that a large impact may have penetrated deep enough to eject a large amount of rock and dust from the Moon’s mantle, covering the area with material that would otherwise have remained buried.

“Geological context suggests that these materials were excavated from below the SPA floor by the nearby 72-km-diameter Finsen impact crater event, and transported to the landing site,” the researchers write. “Continued exploration by Yutu-2 will target these materials on the floor of the Von Kármán crater to understand their geologic context, origin, and abundance, and to assess the possibility of sample-return scenarios.”

When I was a kid, reading pulp magazine science fiction stories, it was all a fantastic dream......and now......

Things that were once thought to be science fiction have now become science fact.

I guess there is another mystery on the moon, if that is a picture of the rover from the Chinese lander, where are the rover's tracks? 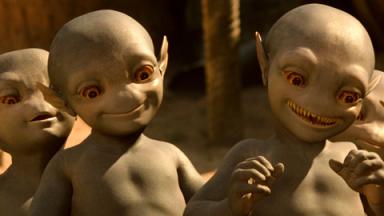 I should have known...

I was gently evoking the "no one ever went to the moon" conspiracy.

If you want a serious answer, I doubt that the picture is real. It is, as tbey say, "an artist's reconstruction".

Since the Moon is tidally locked to the Earth, and  always keeps the same side facing the Earth,

why does the Sun shine on the other (dark) side of the Moon.

The "dark" side of the moon should really be referred to as the "far" side.  It was called the dark side just because we could never see it until we went to space.

Both sides of the moon get both sunlight and darkness during its orbit. 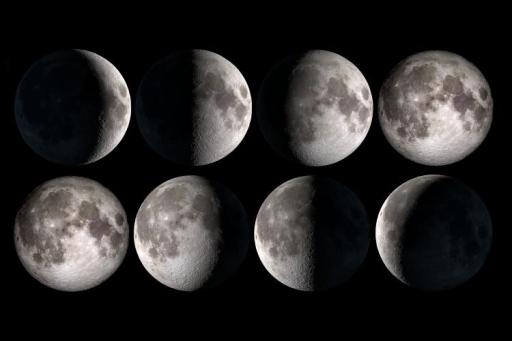