Iran was termed a "risk country" in the 335-page document outlining serious threats to the security and democracy of the state of Bavaria. 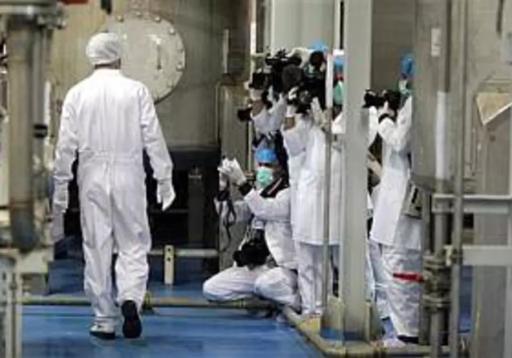 The Islamic Republic of Iran is committed to a program of weapons of mass destruction, the domestic intelligence agency for the southern German state of Bavaria said in its May 2019 intelligence report.

The hair-raising section of the report reviewed by   The Jerusalem Post   states Iran’s regime is “making efforts to expand its conventional arsenal of weapons with weapons of mass destruction.”

Iran was termed a “risk country” in the 335-page document outlining serious threats to the security and democracy of the state of Bavaria.

“We know the Iranian regime is on the hunt for money to fund their malign activities, and so it is imperative that the US and our European allies work together to deny this regime the capital they seek,” US Ambassador to Germany Richard Grenell told FoxNews.com. “They will use secretive schemes and dark money; we must be vigilant. They are strapped for cash.”

US President Donald Trump withdrew from the Iran nuclear deal in 2018 because he said the agreement failed to stop the Islamic republic's regime from building an atomic weapon.

“In order to obtain the necessary know-how and corresponding components, these states [Iran, North Korea and Pakistan] are trying to establish business contacts to companies in highly technological countries like Germany,” said the Bavarian intelligence report in its section on weapons of mass destruction.

The report noted that the country’s criminal customs police prevented an electronic beam-welding machine from being sold to Iran.

“The machine can be used for the production of [missile] launch vehicles,” said the document.

According to the report, extensive attempts were made “to disguise the actual customer in Iran” with respect to the machine. The real end-user was in Iran but the illicit activity said the end-user company was in Malaysia. The efforts to illegally bypass German export control regulations resulted in a criminal conviction of the director of the Bavarian-based company that sought to sell the welding machine to Iran.

The Bavarian agency said it will continue “to monitor whether Iran consistently and consequently complies with the agreement signed in July 2015.”

Merkel appointed a German banker, Per Fischer, to head a mechanism to bypass US sanctions against Iran. The so-called special purpose vehicle mechanism is located in Paris and will enable trade with Iran.

Fischer previously worked for Commerzbank. In 2015, Commerzbank agreed to pay US authorities $1.45 billion to resolve violations of Iran sanctions and other sanctioned countries.

The US has designated Iran’s regime as the top state sponsor of terrorism.

Should Israel determine that they are going to be attacked with weapons of mass destruction, I feel sorry for what's going to happen to the Iranian people (but not their leaders).

Merkel sure is a piece of work.

Iran was aided and abetted by the Obama regime

Nonsense, he was part of the accord that would have kept them accountable.  Since the 'president' withdrew, well, 'we'll see what happens'

The Iranians allow no legitimate inspections. We have no idea what they are really up to.

That's not entirely correct, they do allow inspections of civilian facilities, but they are allowed to self-inspect their military ones.  And of course they are so trustworthy that everyone can believe them - s/.

You mean the part about no ballistic missile tests that Iran violated multiple times already? Why haven't the sanctions snapped back in place yet?

Iranian leaders have breached both the resolutions and the nuclear agreement for the third time since the nuclear deal went into effect in January 2016. Iran has repeatedly test-fired, long-range ballistic missiles and laser-guided surface-to-surface missiles.

In October and November, just after the nuclear deal was reached, Iran tested a new ballistic missile capable of carrying multiple warheads .

More recently and for the third time, the Iranian government fired a test missile two weeks ago which was accurate to 25 feet, which is characterized as zero error, according to the Brigadier General Ali Abdollahi, the Iranian military’s deputy chief of staff, and Iran’s semi-official Tasnim news agency.

The range of existing Iranian ballistic missiles has grown from 500 miles to over 2,000 kilometers (roughly 1,250 miles), which can easily reach Eastern Europe as well as countries such as Turkey, Saudi Arabia, Israel and Yemen.

Iranian leaders dismiss the notion that the Revolutionary Guard Corps military activities are breaching the nuclear agreement as well as several of the UN Security Council resolutions. World powers appear to acquiesce to Iran’s stance as well.

But, the United Nations Security Council resolution (Paragraph 3 of Annex B of resolution 2231, 2015) is clear. The resolution “calls upon Iran not to undertake any activity related to ballistic missiles designed to be capable of delivering nuclear weapons, including launches using such ballistic missile technology.”

The second UN Security Council resolution 1929 indicates “Iran shall not undertake any activity related to ballistic missiles capable of delivering nuclear weapons, including launches using ballistic missile technology, and that States shall take all necessary measures to prevent the transfer of technology or technical assistance to Iran related to such activities”.

In addition, the Joint Plan of Action Agreement (JCPOA) of the nuclear agreement between P5+1 and Iran is crystal clear in stating that Iran should not undertake any ballistic missiles activity “until the date eight years after the JCPOA Adoption Day or until the date on which the IAEA submits a report confirming the Broader Conclusion, whichever is earlier.”

They also are rejecting nuclear inspections; which are also part of the agreement.

Haley's demand for increased access for IAEA inspectors in Iran came after she met last week with IAEA experts in Vienna, Austria.
"As good as the IAEA is, it can only be as good as what they are permitted to see," she said Friday.
"Iran has publicly declared that it will not allow access to military sites. But the JCPOA makes no distinction between military and nonmilitary sites. There are also numerous undeclared sites that have not been inspected yet. That's a problem.

The deal that Obama signed onto isn't worth the paper it is printed on. Russia, China, and the EU want Iranian oil, and money as trade partners.  There will be no snap back sanctions; and Iran has proven repeatedly they don't care about any agreement they have signed. Remaining part of the "deal" would do nothing to stop Iran. So much for another of  Obama's legacies.

The deal that Obama signed onto isn't worth the paper it is printed on.

To the US of course. To Iran it was worth at least $1.7 Billion and probably a whole lot more.

The idea that we could ever trust Iran or hold them accountable was rather brainless or monumentally  dishonest and probably both.