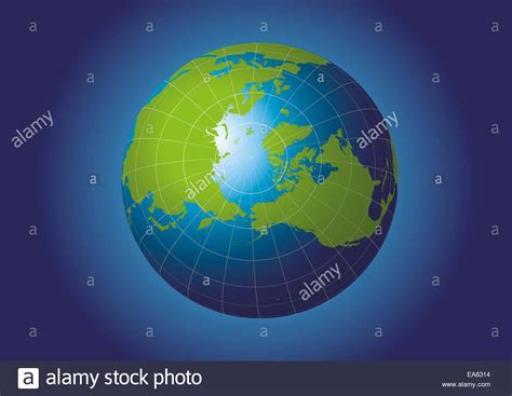 We’ve known for a while that ice sheets in Greenland, in the Antarctic are melting, but the issue has become much worse, much faster than we thought.  Buzz60

WASHINGTON – President Donald Trump has occasionally talked to colleagues about buying Greenland, according to media reports.

The Wall Street Journal  first reported Thursday that people familiar with discussions said Trump on multiple occasions raised the idea of buying Greenland from Denmark during meetings and dinners. He reportedly "listened with interest when they discuss its abundant resources and geopolitical importance," according to the Journal. The White House counsel was asked to research the possibility, the Journal reported.

However, the president was reportedly not serious about the idea,  the Associated Press reported Thursday. The Journal likewise reported that Trump's interest in the strategically important island has been characterized by "varying degrees of seriousness."

The U.S. reportedly proposed buying Greenland from Denmark in 1946 for $100 million, the AP and the Journal both reported.

The White House did not respond to request for comment from USA TODAY.

BUZZ NOTE:  This article includes a relevant video, which you can watch by either clicking the "SEEDED CONTENT" link at the top of this page, or click this link:

There was no picture with the article, only a video that I was unable to copy, so I posted a similar picture to the beginning of the video in order to post the article.

Apparently the USA tried to buy Greenland from Denmark in 1946 - offered 100 million dollars for it at that time.

A couple of years ago I indicated that I thought a wise investment would be to buy land in Greenland.  Can you imagine......Trumpland?   LOL

Might have been a wise (loooong term) investment. I saw a documentary a couple years ago that indicated that Greenland is expected to have vast untapped mineral resources but even with global warming it's gonna be awhile before the ice goes away.

Apparently the USA tried to buy Greenland from Denmark in 1946 - offered 100 million dollars for it at that time.

From what I've been reading about this I'm seeing some basic differences between Trumps goals and Americas two earlier attempts to pick up Greenland.

The first two attempts had some sound, thoughtful, strategic reasoning behind the possible purchase.

In 1867 we had just picked up Alaska and we're still in an expansion phase.  While America was mostly interested in picking up some tropical properties from Denmark the thought was that if Greenland was added to the Alaskan purchase we might just be able to entice Canada to join the US.

In 1867, the United States entered negotiations with Denmark about buying overseas possessions . But what the US was actually interested in was some nice islands in the Caribbean. At the suggestion of the former Sec. Treasury Robert J. Walker, a strong proponent of American expansionism, Sec. State William H. Seward looked into whether Greenland and Iceland would would also be available as sort of a bonus, the ice already broken from the initial deal. Walker worked with the U.S. Coast Survey to write up a report which made wildly optimistic claims about how by possessing Greenland and Iceland, Canada would presumably decide to separate from Great Britain entirely and join the US:

Now, the acquisition of Greenland will flank British America for thousands of miles on the north and west, and greatly increase her inducements, peacefully and cheerfully, to become a part of the American Union.

More practically of course the report also spoke of how well suited they would be for telegraph lines across the oceans, and talked up the natural resources they could afford the United States. In the summary of the report, Walker touted both strongly:

[Iceland] has fields beautifully green, mountains clothed in purple heath, and the atmosphere is of astonishing purity." The lava in time becomes soil and pasture-land." Much of the heath can be made pasture-land. About onethird part of the males are farmers, the remainder are mainly occupied in the mines and fisheries. The population of Iceland is about 70,000, but in view of its pasture and arable lands, its valuable mines, its splendid fisheries, and its unsurpassed hydraulic power, it could, when fully developed, sustain population exceeding 1,000,000. It has been greatly neglected by Denmark. The Icelanders complain of this, and look forward with hope to association with the United States. It has numerous lakes, rivers, bays, estuaries, and fiords, with jL,, many good harbors. [...] It is misnamed Iceland, for, owing to the Gulf Stream, its climate is fine and almost temperate.

While in 1947, President Truman was interested in winning the cold war and thought a "Fortress Greenland" could be an important piece of his long term plans.

It wouldn’t even be the first time the U.S. has tried to bag Greenland . Back in 1946, officials offered Denmark $100 million in gold bars for the world’s largest island, a Danish autonomous territory. U.S. officials at the time thought it was a “military necessity.”

A map from the Jan. 27, 1947 issue of TIME, illustrating the strategic advantage to the U.S. of acquiring Greenland

However when it comes to President Trumps interest in purchasing Greenland it just fells more like him desiring to mark the USA; ;and then to profit from his action by buying land in Greenland now and cashing in after climate change turns Greenland into the next Bora Bora.

Perhaps I'm just too jaundiced toward our Vulgarian in Chief but I just can't conceive that his sudden desire to buy Greenland is any thing other than another banal whim from his chaotic mind.

Thanks for all that info.  However it made me laugh when I read this:

"...we might just be able to entice Canada to join the US."

Thank God that never happened.  However, Canada also toyed with the possibility of buying a Caribbean Island - The Turks and Caicos.  They saw it as being an alternative for Snowbirds to go there instead of Florida, which would keep Canadian money in Canada.  I wanted it to happen, but it didn't.

However it made me laugh when I read this:

"...we might just be able to entice Canada to join the US."

That part tickled me as well Buzz, hoping it would give you a chuckle was the reason I highlighted it.  (smile)

I suppose the White House ice maker was empty and he could not figure out how to operate it.

I think it's a wonderful idea, but I don't think there's any indication that Denmark wants to sell - for any amount of money. But who knows? They say everyone has a price.

At this point, I doubt that even America can afford the price that would be expected.

I doubt that even America can afford the price that would be expected.

I am not into real estate, but my guess would be hundreds of trillions of dollars, even if it was for sale.

Curious. The article isn't what I would call, "clear" with regard to personal purchase or a purchase for the USA.

Clearly, this would never happen.

2) The cost would be literally astronomical.

But if it did, and it would be a personal purchase for trump, where is he going to get the money? There isn't a sane person on the planet that would loan trump money.

If it were a purchase for the USA, it would add so much to the debt, our economy would collapse immediately, no more USA.

No matter how you slice it, bad idea.

Dear Brother Buzz: Once manager in baseball said this.