Israel quietly lets in thousands of Gaza workers, in bid to ease tensions


workers, in bid to ease tensions


Amid unofficial truce with Hamas, Palestinian officials say Israel has granted merchant permits to Gazans working in menial jobs such as construction, agriculture 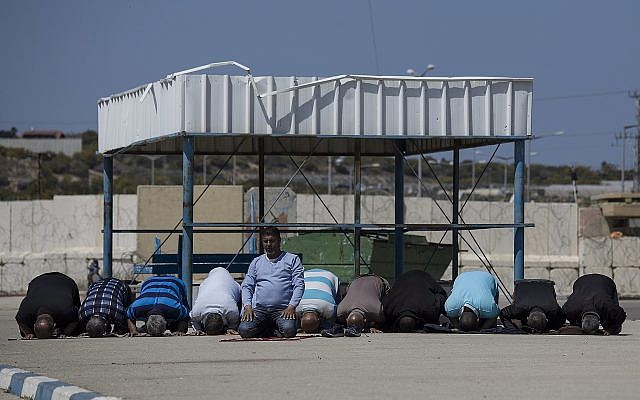 In this photo from March 26, 2017, Palestinian residents of the Gaza Strip pray as they wait on the Israeli side of the Erez terminal to cross into Gaza. (AP Photo/Tsafrir Abayov, File)

GAZA CITY, Gaza Strip — Israel is quietly allowing thousands of Palestinians to enter from the Gaza Strip to conduct business and work menial jobs, apparently as part of understandings with the ruling Hamas terror group aimed at preventing a fourth war in the blockaded territory.

Israel effectively revoked thousands of work permits when it joined Egypt in imposing a crippling blockade on Gaza after Hamas seized power from rival Palestinian forces in 2007. The blockade, along with three wars between Hamas and Israel, has devastated the economy in Gaza, where unemployment is over 50%.

Israel says the blockade is vital to prevent Hamas, an Islamist terror group avowedly committed to destroying Israel, from importing weaponry for use against the Jewish state. Israel withdrew unilaterally from Gaza in 2007, dismantling some 20 Jewish settlements and evicting 7-8,000 Jewish residents. Hamas ousted the Fatah party of Palestinian Authority President Mahmoud Abbas from the Strip two years later in a violent coup, and has retained an iron grip on Gaza ever since.

In recent months, Israel has quietly provided some relief as part of an unofficial, Egyptian-brokered truce with Hamas, in exchange for reduced rocket fire from the territory and the scaling back of weekly protests along the border. It has allowed Qatar to deliver millions of dollars in cash to allow Hamas to pay its civil servants and has allowed the United Nations to step up aid efforts.

Now it appears Israel has expanded a program in which it had long provided hundreds of permits to business owners to travel to Israel and the West Bank for commerce. Palestinian officials say it is now providing some 5,000 so-called merchant permits and awarding them to Palestinians working as laborers in construction, agriculture and manufacturing.

The Israeli military body that administers civilian affairs in Gaza did not respond to requests for comment. Hamas officials also declined to comment. 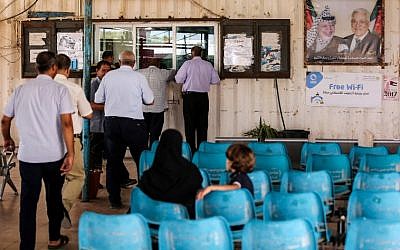 Palestinians wait while others present travel documents to Palestinian Authority officers at the Erez Crossing with Israel near Beit Hanoun in the northern Gaza Strip on August 27, 2018. (AFP Photo/Mahmud Hams)

On a recent Sunday, dozens of men in tattered clothes, carrying their personal belongings in duffel bags and plastic sacks, filed through revolving gates at the Erez crossing into Israel. Each had a merchant permit, but many of them appeared to be making the crossing for the first time and asked for advice on how to proceed.

One of the workers, who identified himself only as Raed, said he paid $500 to a Gaza company to apply for a merchant permit and then reconnected with construction firms he had worked for prior to 2007. He said the added income allowed him to add a new floor to his building and buy a taxi for one of his children. He declined to provide his last name, fearing it could endanger his permit.

“This is a golden opportunity,” he said. But he also fears the permit could be withdrawn at any time. “There are no laws securing our rights if we get into a dispute with the employer.”

For Israel, the apparent change of policy carries some risks, both politically and in terms of security.

Israel and Hamas are bitter enemies and allowing several thousand young men from Gaza into Israeli territory could draw criticism — especially at a time when Prime Minister Benjamin Netanyahu has come under fire from political rivals for his failure to halt frequent rocket attacks from Gaza.

But others say that improving lives in Gaza is also an Israeli interest. Gadi Yarkoni, head of the Eshkol Regional Council near the Gaza border, said he was unaware of the development but was in favor.

“I’ve long said we have to allow for a better future for them, and as long as the security requirements are met, they should be allowed in,” he said. “It’s the right direction. And if it is being done quietly, that’s also a good idea.”

Netanyahu’s office did not immediately respond to a request for comment. 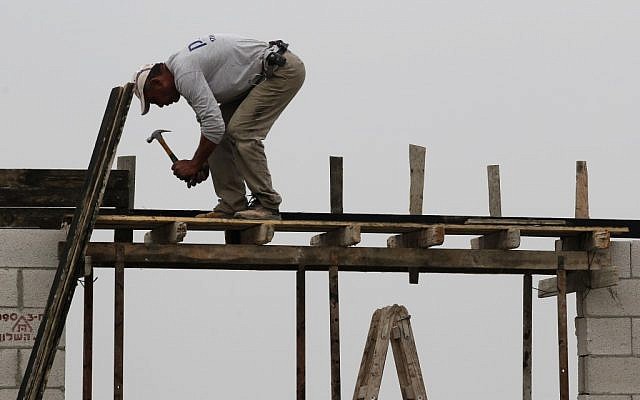 
Salih al-Ziq, the head of the Palestinian Authority’s liaison committee, which coordinates the entry and exit of Palestinians with Israel, said Israel increased its quota for trader permits from less than 1,000 in 2017 to 5,000 today. He said 4,000 have already been issued and that the committee stopped receiving new applications after 2,000 were submitted for the last 1,000 slots.

Another Palestinian official, who was not authorized to talk to the media and so spoke on condition of anonymity, said the Palestinian Authority was not involved in the decision to expand the permits, calling it a deal reached by Israel and Hamas. The Western-backed PA, based in the West Bank, has accused Israel of providing a lifeline to its Hamas rivals by easing the blockade as part of the informal cease-fire. In a bizarre  role reversal , Israel has been providing aid to Hamas while the Palestinian Authority has tried to isolate it.

The liaison committee plans to take measures to rein in the awarding of trader permits. This month it transferred the vetting authority to the Gaza Chamber of Commerce, apparently to avoid taking any part in the understandings between Israel and Hamas.

The increased quota still represents a “small fraction” of the 26,000 Palestinians who crossed into Israel from Gaza for work prior to the outbreak of the second Palestinian intifada in 2000, according to Gisha, an Israeli rights group advocating freedom of movement.

Maher al-Tabaa, an official with the Gaza Chamber of Commerce, said a “large portion” of those exiting on trader permits are workers. He said Israel has extended the permits from three to six months and lowered the minimum age of eligibility to 25 from 30.


Gaza’s descent into misery can be seen in the trajectory of men like Fadi, another worker who declined to give his last name for fear of retribution.

As the owner of an upscale men’s clothing store in Gaza City, he held a merchant permit for years, using it to purchase clothes and shoes from Israeli wholesalers. But like many others, his business fell on hard times in recent years, particularly after the Palestinian Authority began slashing the salaries of tens of thousands of its civil servants in Gaza.

Fadi was forced to close his shop and was left with hundreds of thousands of dollars of debt. Even though he is a certified accountant, the best job he could find in Gaza paid just $300 a month.

So, with the merchant permit from his business days, he crossed into Israel and began looking for work. For several days he waited at a traffic circle in the coastal city of Ashkelon where contractors are known to recruit laborers. He was eventually picked up and put to work at a construction site loading concrete rubble into containers for removal.

“On the first day, I suffered under the sun and wanted to go home, but then I thought of my commitments in Gaza,” he said.

The job pays $600 a week. He spends the week in Israel, sleeping in a crowded, shared apartment with other workers from the West Bank and Gaza, and returns to Gaza on the weekends to spend time with his family.

“I use the money I earn in Israel to pay my debts in Gaza and provide a decent life for my family,” he said. “When I pay off my debts, I will think about quitting this hard work.”

Yeah, now Hamas and Islamic Jihad fire rockets and missiles to Israeli villages and promote the sending of incendiary balloons and kites to set fire to Israeli farms, orchards, and forests only once in a while.