That does not mean Zaid can be dismissed as a Democratic partisan. The longtime Washington lawyer has represented people in both parties, causes dear to each side and a line of whistleblowers.

WHITE HOUSE: "Before there was a whistleblower, there was the whistleblower's attorney_tweeting about overthrowing the government because he didn't like the election results." — tweet Thursday.

THE FACTS: Trump and his team can't be faulted for believing that Mark Zaid, one of the whistleblower's attorneys, has it out for the president.

That does not mean Zaid can be dismissed as a Democratic partisan.

The longtime Washington lawyer has represented people in both parties, causes dear to each side and a line of whistleblowers.

Trump and his team are pointing to a January 2017 tweet by Zaid, who says he's a registered independent, in which he writes "#coup has started. First of many steps. #rebellion. #impeachment will follow ultimately."

That tweet was in response to news that Trump had fired acting Attorney General Sally Yates after she refused to enforce a ban on travel for people living in several predominantly Muslim countries.

Some of Zaid's legal work over the years has involved issues close to Trump, such as his challenge of Hillary Clinton's use of a private email server.

Zaid represented a veterans' group in a lawsuit against the State Department that sought records of Clinton's response to the Benghazi, Libya, attacks as secretary of state. The suit targeted Clinton's reliance on the private server for government communication, saying "it may have been a deliberate attempt to shield communications from capture by governmental systems and the public's eye."

He also represented CIA contractors who were in Benghazi on the night of the attacks.

Zaid served as an attorney for the late Republican Rep. Walter Jones of North Carolina and The Daily Caller, a conservative publication, in public records suits against the federal government.

Zaid now says his reference to a "coup" referred to those working in the Trump administration who were standing up to the president to help enforce the rule of law.

Zaid represented a veterans' group in a lawsuit against the State Department that sought records of Clinton's response to the Benghazi, Libya, attacks as secretary of state.

Now, according to Trump and his lackeys, this guy is supposed to be some sort of radical leftist.   LMAO.

They are flinging poo on the wall and seeing what sticks...guess what, nothing will because Crooked donnie and his ilk are all liars.

"Anything but the truth" is the Trump motto. 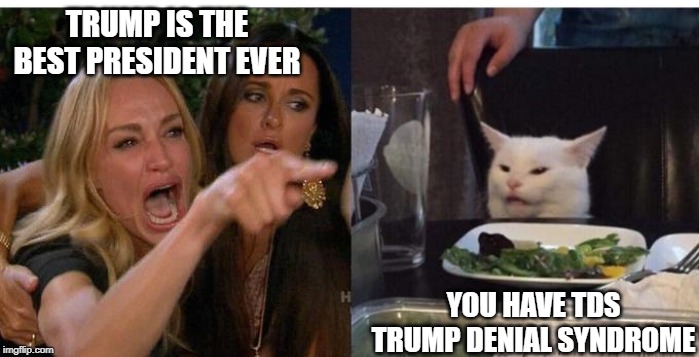 Where is his tweet about his "coup" during the Obama years?

"coup" during the Obama years?

That happened at a GOP dinner prior to Obama taking the oath of office in 2008.

Big difference between obstructing a President politically and trying to get him thrown out of office illegally. That is the definition of "coup".

Please don't try again. It's too easy to debunk you.

Congress is an elected, co-equal branch of government. Even if your little source is correct, Congress has every right in the world to oppose administration polices in Congress.  They are answerable to voters.  (Although the idea that Republicans could obstruct anything the Democrats wanted to do Obama's  first two years is laughable. But that's another story).