A new study published in Science Advances on Thursday has shed light on the life of ancient legged snakes.

A snake is seen while a tract of the Amazon jungle burns as it is cleared by loggers and farmers in Porto Velho, Brazil August 24, 2019   (photo credit: UESLEI MARCELINO/REUTERS)

The Biblical story of the forbidden fruit – which discusses how the snake persuaded Eve to taste it, and  howshe and Adam, who also ate from it, were subsequently banned from the Garden of Eden by God – is probably one of the most well-known narratives in the history of humankind.

As described in   Genesis , the snake also received divine punishment. “You will crawl on your belly and eat dirt all the days of your life,” God tells the serpent, implying that before the event, the animal had legs, similar to many others.

Now, a new study published in   Science Advances   on Thursday has shed light on the life of snakes' legged ancestors.

Several fossils of an extinct snake group named " Najash " dating back to 100 million years ago were recently uncovered in Patagonia,   Argentina .

The group is named after the word   nachash   that both in biblical and modern Hebrew indicate the snake.

As reported by the   New York Times , the fossils, which include   several skulls , seem to suggest that snakes might have lost their front legs millions of years earlier than their hind legs.

The notion that snakes started off as four-legged animals has been accepted by scientists for several years, although, according to the   Times , no fossils have been found to corroborate the theory.

Prior to the Patagonia extraordinary discovery, researchers thought that a two-legged phase was at most transitional between four legs and a limbless body. Now it appears that the transition might have lasted dozens of millions of years.

“‘Snakeness’ is really old, and that’s probably why we don’t have any living representatives of four-legged snakes like we do all of the other lizards,” Michael Caldwell, a vertebrate paleontologist at the University of Alberta and a co-author of the study, explained to the   Times .

“Snakes probably were one of the first lizard groups to start experimenting with limblessness, but what’s really intriguing is that they were also very clearly showing the characteristics of their skulls, which are their specialization,” he added.

I used to play with snakes when I was a little kid - I spent a lot of time in the ravine that was behind our home.  Of course they weren't Rattlers, they were Garter Snakes.

Dear Brother Buzz: The winding path on the way up to the top of Mazada (Mitzadah) is to this day know as Derech ha Nachash (Snake path). Thanks for this informative and interesting Scriptural and historical note.

Most never give a thought to snakes having legs.

Myself, I often wondered did they wear Birkenstocks, Tennis Shoes, or Loafers.

There are many hings to learn from the accuracy of the Tanach and its companion commentaries, Talmud.

They are illuminating, instructive, and should change minds.

But we both know this will not be the case.

The whole cognitive dissonance thing will rear its ugly head.

"There is nothing new under the sun". (Ecclesiastes).

MItzadah (Masada) - I took the cable car.  Here I am at the top - the Dead Sea (that I later on floated in) is in the background. 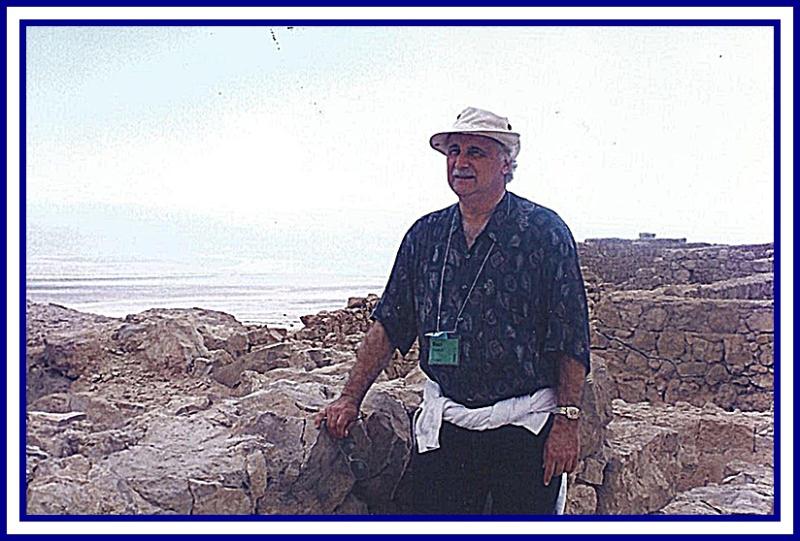 I  recently read the book "The Dove Keeper" about Masada. Very interesting story. Humans are brutal.

"A second Mitzadah will not fall".

Its something inductees of the IDF (Israeli Defense Forces) say when they enter military service.

The price of freedom is eternal vigalence.

Best wishes for a joyous and meaningful holiday this week.

You may want to check out the most event article Raven Wing and I co-authored in Chaplains Corner.

We as a species are a curious lot.

Highest of highs, lowest of lows.

It’s kinda weird that creatures would develop something as useful and complex as legs, only to lose them.