By:   No author indicated

"On this Thanksgiving, we at @Disney are grateful to be able to share #TheRiseOfSkywalker with a patient and his family @RowansHospice. May the force be with you and with us all!". 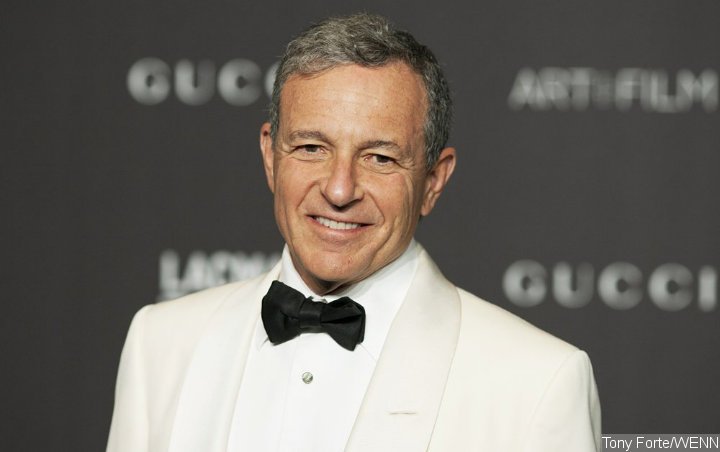 Staffs At Rowans Hospice In Hampshire, England Have Been Left Speechless By The Disney Chief For Following Through On A Pledge To Screen The New 'Star Wars' Film Early For Their Terminally Ill Patient.

AceShowbiz   - Disney chief Bob Iger has been praised by those caring for a dying man after following through on a pledge to screen the new "Star Wars" film early for him.

Staff at Rowans Hospice in Hampshire, England reached out to Iger and Disney earlier this week, November 25, with their appeal for an early screening of latest instalment, " Star Wars: The Rise of Skywalker ", for the terminally ill fan and his son backed by leading man   Mark Hamill . 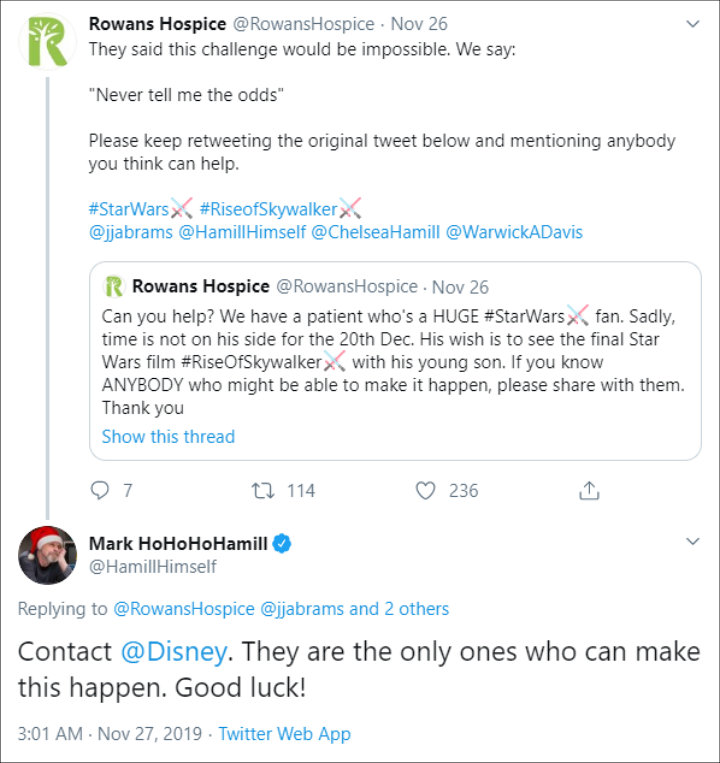 Iger tweeted on Wednesday that he would do his best to get the film to the Hospice, and on Thursday, gave the "Star Wars" devotee a Thanksgiving present.

He tweeted: "On this Thanksgiving, we at @Disney are grateful to be able to share #TheRiseOfSkywalker with a patient and his family @RowansHospice. May the force be with you and with us all!".

Hospice staff responded by writing: "Mr Iger, I wish we had the words to sum up what it means to the patient, the family & us. Everyone we spoke to at @Disney were as eager to make this happen as we were. Thank you. Happy Thanksgiving to you, your family & your colleagues. May the force be with you". 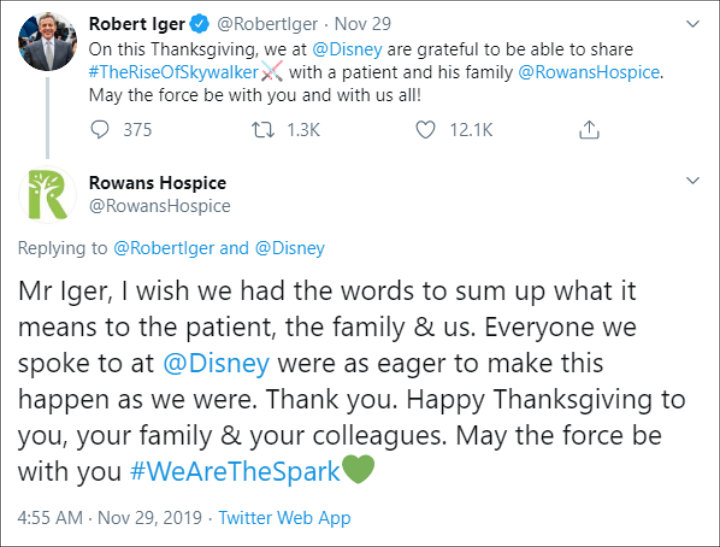 Rowans Hospice thanks Bob Iger for what he did

Lisa Davies, a healthcare support worker, who initially brought the patient's wish to the attention of the rest of the staff at Rowans, told the BBC she was "utterly speechless" at the news.

"We totally appreciate that Disney have had to move mountains to make this happen," she said. "The response from everyone, including the "Star Wars" community, has been absolutely phenomenal over the last few days. We also want to thank the media for covering the story and totally respecting the privacy of the family".

"Star Wars: The Rise of Skywalker" is out on December 19.

Anyone who is able to read a story like this and keep a dry eye has to be a cold fish devoid of any genuine emotions.

You are right. It’s great to see stories like this, particularly between Thanksgiving 🦃🍽 and Christmas 🎄.

It was so worth posting.  Thank you for doing it.

Well, okay, I guess everyone has been too busy with the holiday.

Yes it was worth posting.

that was a nice thing for them to do

I am a little surprised that Hamill didn't even offer to make a phone call.  He has a lot of pull with all things Star Wars.

I think he must at least have called the powers that be at Disney about it, but what a thrill it would have been for the patient had he made a call or sent a text or email message to him, or couriered an autographed photo to be his family's keepsake.

It is like his fans mean nothing, so sad.  I saw him in an episode of Criminal Minds and it was like...shit, they are going to need a double wide star fighter for him.