Stop calling Trump a ‘Russian dupe.’ The truth is much worse.

Trump hasn’t been duped into spreading it. He explicitly recognizes an alliance of his own interests with those of Russia in doing so (and in procuring whatever other outside help he can) in corrupting U.S. liberal democracy, for his own malevolent self-interested purposes.

Stop calling Trump a ‘Russian dupe.’ The truth is much worse.

You hear it constantly: President Trump is a “Russian dupe.” Republicans spreading lies about Ukrainian interference in 2016 are Vladimir Putin’s “useful idiots.” By getting Trump to adopt those lies rather than admit to Russian interference, the Russian leader has skillfully played on Trump’s “ego.”

As the impeachment inquiry heads into its next phase, such phrases will be everywhere. In a   New York Times editorial   that excoriates Trump and Republicans over the Ukraine lie, we get this: “In Mr. Trump, Mr. Putin found the perfect dupe to promote even the most crackpot of theories.”

It’s time for a reconsideration of this concept. We need to be much clearer on why Trump himself is doing these things — that is, his true purpose in employing these lies to serve his own corrupt interests.

And we need to grapple with the implications of this dalliance with what you might call “Putinism” in a way that doesn’t treat it as a fleetingly useful political tactic, but rather as something with serious real-world consequences.

The occasion for this reevaluation is the   devastating new House Intelligence Committee report   detailing Trump’s extortion plot toward Ukraine, and the Judiciary Committee’s consideration this week of whether Trump committed impeachable offenses.

On one level, the problem with the “Trump as Russian dupe” formulation is that it implicitly but dramatically downplays the severity of Trump’s corruption, and the threat it poses to the country.

The new House report vividly dramatizes   why   Trump undertook his corrupt plot to pressure Ukrainian president Volodymyr Zelensky to do his political bidding, and what that says about Trump’s intentions toward our government and democracy going forward.

For Trump, the utility of getting Zelensky to announce an investigation validating the lie that Ukraine, not Russia, interfered in 2016 wasn’t simply that it would salve his bruised ego over his need for Russian help to win.

This false narrative would also help Trump confuse the American electorate with disinformation obscuring   his own   corrupt efforts to coordinate with and benefit from that sabotage of our political system. This in turn could facilitate benefiting from the next round of such sabotage, which   he has openly invited .

In short, the report demonstrates that Trump’s profiting off Russian sabotage last time, and his efforts to extort Ukraine into helping him again, are the same story — one that will continue.

Trump was emboldened by getting away with the first installment, and when the second installment was unmasked, Trump blithely said in reporters’ faces that Ukraine — and China — absolutely   should   investigate potential 2020 opponent Joe Biden, his other extortive demand.

On top of this, the report demonstrates how numerous cabinet officials and extensive government resources — and the conditioning of multiple official acts — were placed at the disposal of the whole corrupt scheme.

Taken together, the report concludes, this “presents a clear and present danger that the President will continue to use the power of his office” to corrupt the next election on his own behalf, and that in so doing, Trump recognizes no legitimate “limitation."

We now know that the lie about Ukrainian interference  has been a mainstay of self-absolving Russian propaganda for years . But Trump hasn’t been  duped  into spreading it. He explicitly recognizes an alliance of his own interests with those of Russia in doing so (and in procuring whatever other outside help he can) in corrupting U.S. liberal democracy, for his own malevolent self-interested purposes.

This has implications for impeachment. As Harvard law professor Noah Feldman  will argue  to the Judiciary Committee, impeachment binds the president to the rule of law, as a remedy against abuses of power to advance nakedly corrupt self interest.

The Post  reports that much of the GOP has now adopted  the false narrative about Ukraine, in league with Trump. But many quoted ask too narrow a question: Whether this means the GOP is dropping its previously “hawkish” posture toward Russia.

A broader approach was suggested to me by foreign policy scholar  David Rothkopf , who argues that we should think about “Putinism” as a “worldwide movement” that allies various ethno-nationalist and illiberal authoritarian leaders against western liberal democracy, the rule of law, international institutions, and the commitment to empiricism in the face of disinformation.

“Trump, his administration and the GOP have made a conscious choice to align themselves with Putinism,” Rothkopf told me. “It is not unwitting.”

It’s not easy to say how committed Trump is to these tendencies. He yearns to operate more fully as other illiberal authoritarians do. But for all his bluster about our current alliances, it’s unclear how much damage he will do to them in the long run.

Still, it’s obvious that Trump — and, increasingly, many of his GOP defenders — are to some untold degree operating in sync with Putinism, and are acting against the interests of our liberal democracy.

This also has ramifications for Democrats. The   Post piece reports   that some strategists “see a possible opening for the eventual nominee win over “hawkish Republicans and independents who are wary of the Republican drift on Russia.”

But Democrats need to go bigger. As Democratic strategist Simon Rosenberg suggested to me, party leaders must argue that the GOP’s “embrace of the Ukraine fiction” is not merely a matter of domestic political expediency. Rather, it’s time to ask whether we’re seeing the beginnings of a “realignment” with this global right wing movement against the values and even the interests of “the United States and the west.”

Trump’s degradations have forced us to grapple with the correct language to describe the moment in all kinds of ways. It’s time to do away with the “dupe” formulation as well.

The greatest threat facing the US today is the acceptance of bamboozling and lying, on a large scale, by the Trump administration and his followers.

Vladimir Putin’s “useful idiots”... are the ones wanting, and trying to "Impeach an "Elected U.S. President".

Western Chaos is always been "Putin's" plan.... you Russian Bots you.

The Democrats are doing Putin's bidding and he doesn't even have to try and dupe them anymore.

TDDDDS has reached such epic proportions that Putin, Trump, and Russian bots are living rent free in their heads 24/7.

The Democrats are doing Putin's bidding and he doesn't even have to try and dupe them anymore.

Democrats have "Owned" it for quite some time now.

Nonsense is living in the heads of Trump defenders 24/7/365.

Did "Putin" tell you to say that ?

That's why Putin worked so hard to get Trump elected, he knew such a moron would cause chaos. Do we just let the inept compromised moron continue to wreak havoc or do we remove him which is also a painful process for the nation? With helping Trump get elected Putin knew America would face two terrible choices, so as soon as Trump secured enough electoral college votes Putin knew he had also won, and both Republicans and Democrats have been dancing to his tune ever since. He feeds Republicans Russian propaganda that feeds on their insecurities xenophobia, while also putting on this innocent "What? Me? No..., you must be mistaken" smirk when confronted with the evidence of Russian interference in our elections.

So yes, those siding with Putin, those who believe Russia a friend and ally, those who would argue with Putin talking points against their own fellow Americans, are nothing more than useless traitors to America. If you think Russian meddling a joke, if you think it not very serious or are even perhaps happy with the results because you got what you wanted out of an enemy foreign government interfering with our elections, then you are giving aid and comfort to an enemy of the United States.

That's why Putin worked so hard to get Trump elected

But Hillary would "Sell" him …. more stuff....and only do the "John Kerry Non-Binding" stuff when needed.

Why would Putin want someone in office that would, and actually did "Sanction" his works, and added to it on top of the original sanctions, and tell the EU not to by "ANYTHING" from Russia ?

Why would Putin want someone in the Presidents office that would push the  Approval of the Patriot missile systems Poland wanted, and gave an enemy of Russia, Javelin Missiles that would destroy his stuff ? 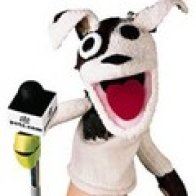 The enemy in the "Get Smart" TV comedy show back in the 60s was called KAOS.

How did we ever forget and have to relearn how Russia operates?

Ask Fiona Hill who's a Russian Dupe. And then ask who's been spreading the dupe's work. (Hint. The dupe's initials are C.S. and he worked for HRC)

But Democrats need to go bigger. As Democratic strategist Simon Rosenberg suggested to me, party leaders must argue that the GOP’s “embrace of the Ukraine fiction” is not merely a matter of domestic political expediency. Rather, it’s time to ask whether we’re seeing the beginnings of a “realignment” with this global right wing movement against the values and even the interests of “the United States and the west.”

Good luck with getting across this highfalutin poly sci to the American Public.