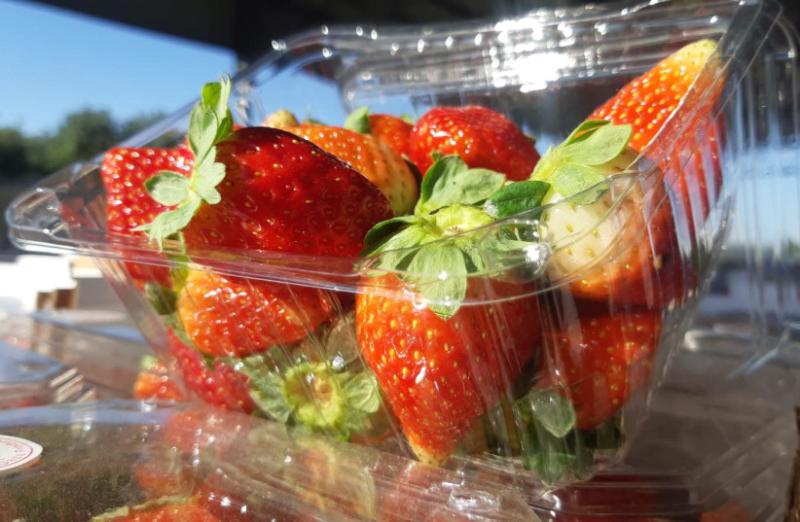 As the strawberry-growing season has officially begun in the Gaza Strip, the Coordination and Liaison Administration (CLA) for Gaza has coordinated an effort to export goods from the Gaza Strip to England for the first time.

Approximately five tons of strawberries were shipped via Ben-Gurion Airport.

Last week, a similar amount was sent to the UAE and Qatar via the Allenby Crossing. Since the beginning of the season, more than 450 tons of strawberries from the Gaza Strip were exported abroad and to Judea and Samaria.


Strawberries grew on 730 hectares (1,800 acres) in the northern Gaza Strip this year, compared with 485 hectares last year. The industry employs about 1,500 Gazan farmers and provides a livelihood to thousands of families. The export of strawberries over the past few weeks reflects the centrality of the agricultural sector in Gaza and its contribution to the Palestinian economy in the Gaza Strip.

Head of the Economic Department at the Gaza CLA, Maj. Anwar Ghanem, said that “the export of strawberries to England, as well as to the Judea and Samaria area and to several countries around the world, makes possible the strengthening and broadening of this branch of agriculture, while supporting thousands of farmers and their families.” He added that, “It also opens an avenue for continued growth in the sector and for the blessings of a good livelihood.”

It's good to see something positive being sent out of Gaza, something beneficial for the people there, instead of rockets, missiles and incendiary balloons and kites.