The use of uncontrolled pesticides, the continuation of deforestation and lack of cipher flowers (bee food) are the main reasons for the recent population nosedive.

Recent studies have shown a dramatic decline in the bee population – with a nearly 90% decrease in recent years – placing the insect on the endangered species list.

The use of uncontrolled pesticides, the continuation of deforestation and lack of cipher flowers (bee food) are the main reasons for the recent population nosedive.

According to the London Geographic Society, bees are the most important living creatures on the planet. Some 80% of the world's agricultural crops depend on the pollination processes of bees. Fruit trees, vegetables and other types of food products, rely almost exclusively on the work these important insects.

Also, as most plants are unable to reproduce on their own, these crops are dependent on bees championing the majority of these natural processes for them.

In addition to their benefits within the agricultural world, bees are the only creatures in the world that do not carry any type of diseases, according to a scientific study conducted by the Apiculture Entrepreneurship Center of the Universidad Mayor and the Apiculture Corporation of Chile, later supported by the Agrarian Innovation Fund.

He stated that when the last bee finally disappears from this Earth, humans will have only four years to live before the ecosystem begins to crumble and become uninhabitable.

Many organizations, groups and celebrities from around the world have been championing initiatives to promote the survival of bee populations across the Earth's ecosystem.

"There is a concerted effort for bringing bees back onto the planet," actor Morgan Freeman said on The Tonight Show with Jimmy Fallon in 2014. "We do not realize that they are the foundation, I think, of the growth of the planet, the vegetation."

Freeman, while discussing his newfound hobby as a beekeeper, added that he converted his 124-acre Mississippi ranch into a massive bee sanctuary in an attempt to save the   honey   bee population of the area.

"The bee pollination process is critical to the continued existence of agriculture and food production," according to Ze'ev Midan, CEO of the   Israeli Honey Council . "About a third of the world's fresh agricultural food is produced by the bee pollination operation," he said, adding that he was unable to replicate these processes by man-made, technological means.

The annual value of agricultural production in Israel, stemming from the processes of honey bee pollination, is approximately NIS 2.5 billion. In the country, there are currently only 510 beekeepers that are custodians to 120,000 bee hives; 80,000 of those are used to pollinate fruits and vegetables crops.

The 27th annual bee and pollen conference, organized by the Israeli Honey Council and the Agricultural Ministry, was held on December 30 at the ministry's offices in Beit Dagan in the wake of the continued disappearance of bees. Many guest lecturers, researchers, scientists and agricultural experts from around the country met, presented recent studies and findings, and brainstormed ways to save Israel's declining bee population and to save this endangered species from extinction.

The end of the world might not be caused by global warming or nuclear war or the re-election of Trump, perhaps it will be due to the end of the bees. 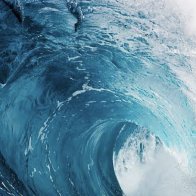 I never knew how important they are.  Something we must be seriously taking a look at. 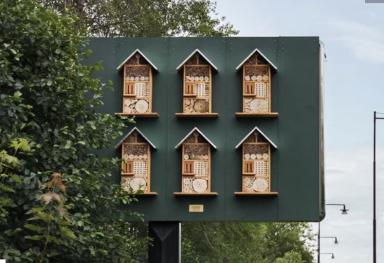 Bee houses on the back of highway billboards in Sweden

Good story - more corporations should do that - for instance motel chains, then they could house both human and bee guests.

The red flags went up a couple of years ago regarding the loss of the bees.

It seems to have gotten worse since that time.

This is not a creature that we can allow to go extinct because we may follow shortly thereafter.

I didn't pay much more attention to the story back then, thought it was just another Monarch butterfly story, one that didn't make a big point about what it would lead to, but now that it is on the endangered list, and we've received the advice of how important they are for our survival, it's become for me a much more serious issue.

The University of Texas is also leading the way in roof top beehive research.

I'm not that big.

Part of the story, but I knew you would see the humor in it as well?

There is another lady at another Texas University that does similar things and promotes bee hives atop appropriate businesses.

I'm glad to see that people are doing something about this problem.

Is anyone aware that this may be a solution to the problem? 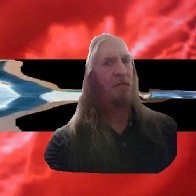