community » Discussions » Category » News & Politics » Discussion » The 10 Most And Least Educated States In The U.S. 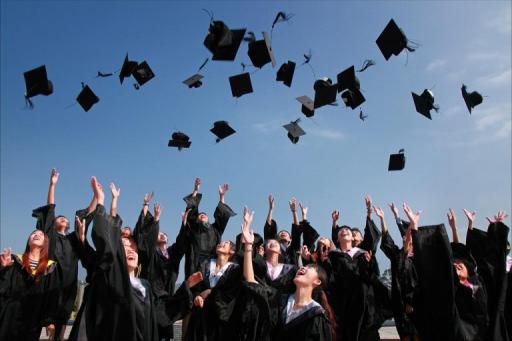 We want our families to have as many advantages as we can give them, including making sure our kids have access to the best schools available. Education is an important key for success, with college graduates earning more money over a lifetime than their non-degreed counterparts and having a lower overall risk of unemployment.

But according to a new study by Wallethub, when it comes to education, all is not created equal. Education varies widely by city and state, and where you choose to live could be a factor in your level of education.

“Quality of education” rankings were determined by the quality of the school systems and universities, NAEP math and reading test scores, and high school and college graduation rates.

I remember back in the 60s-- when the 5 most extreme "Deep South" states were Mississippi, Alabama, Georgia, South Carolina and Virginia.

(At that time North Carolina seemed a bit less so because they had a relatively more "moderate" governor, Terry Sanford).

So what happened to Virginia? Its simply this-- its directly across the Potomac River from Washington D.C. And those D.C, suburbs in Northern Virginia have been growing rapidly in population for some time.  And many of those are transplanted Northerners or otherwise pretty liberal folks from around the country.

Other parts of the state are still very conservative...

I haven't been following the politics there as much as I used to, but the population growth in the Northern part of Va. is so great that IIRC the state may now even be considered a toss-up"....perhaps in the next year of so overall Virgina will become a fairly solid Blue State.

3.5 million in 30 years have moved here they fucked up Maryland so like locust the move on to the next area to fuck up.

Alabama scored 31.33 overall and was ranked 45th for educational attainment and 40th for quality.

Southern state Arkansas was scored at 27.18 overall and had a rank of 47th for attainment and 34th for quality.

The Big Easy came in toward the end of the ranks with an overall score of 22.96, a rank of 48th for educational attainment and 47th for quality.

West Virginia was the 2nd least educated state, with a score of 21.71. It was ranked at 50 for educational attainment and 42 for quality in education.

Unfortunately, the state of Mississippi ranks as the least educated state in the U.S., with an overall score of 21.06 and a rating of 49th for attainment and 50th for quality.

3.5 million in 30 years have moved here they fucked up Maryland so like locust the move on to the next area to fuck up.

I can sympathize-- it must be difficult when intelligent educated people move in...

Really kills the wonderful vibes that existed when only the original "Good 'Ole Boys"  lived there. 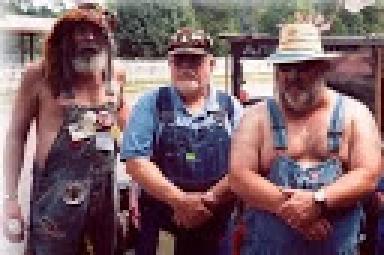 Well, the times they are a changin':

Virginia Democrats, who hold full control of state government for the first time in a generation, want to ban assault-style rifles. They want to get rid of statues honoring Confederate leaders in dozens of Virginia cities. They intend to give people in the country illegally licenses to drive.

But in recent years, Democrats have begun to make up ground. Buoyed by the unpopularity of President Donald Trump in Democratic-leaning states, the party over the last three years has won more than 400 state lawmaking seats that had been held by Republicans and have taken control of both legislative chambers and the governor’s offices in Colorado, New York, New Mexico and Illinois.

After flipping eight legislative chambers since 2018, Democrats now hold both chambers in 19 states, including Virginia. The result has been a wave of legislation to expand voting access, add anti-discrimination rules and bolster protections for abortion rights. (Read it all)

With an overall score of 81.92, New England’s Massachusetts was also ranked number one in both educational attainment and quality of education.

Maryland came in second with a score of 76.54 and a ranking of number three in educational attainment and number two in quality of education.

Coming in very close behind Connecticut, Vermont scored 71.14 and was ranked sixth for educational attainment and third for quality of education.

The state of Colorado ended up right in the middle of the top 10, with an overall score of 70.17. It ranked highly in educational attainment (second place), but was middle of the road (23rd) for quality of education.

Why do you think southern states voted for Crooked donnie, he likes them uneducated and dumb as a box of rocks

Why do you think southern states voted for Crooked donnie

Can you say "racism"?

he likes them uneducated and dumb as a box of rocks

"I could stand in the middle of 5th Avenue and shoot somebody and I wouldn't lose voters, it's like, incredible". - DJT

1. Stupid people blame others for their own mistakes

2. Stupid people always have to be right

3. Stupid people react to conflicts with anger and aggression

4. Stupid people ignore the needs and feelings of other people

5. Stupid people think they are better than everyone else

So that all checks out with many, if not most, Trump fans. He won the Republican nomination by blaming everyone else for Republicans problems. He can never admit when he's wrong. He said those at his rallies should punch those protesting him and he'd pay their defense. He and many of his sycophants continuously ridicules anyone with "feelings" and he dog whistles to the white nationalists and white supremacists constantly and just about every word out of his mouth is how he's the best, biggest, most, of virtually everything.

"It feels hopeless to think that Trump will ever admit that anything he may have said or done has helped to fray the material of civility and ignite the chemistry of estrangement among young men, especially white young men. His claim that "my rhetoric brings people together," which he absurdly mustered with a straight face, betrays his pathological aversion to taking responsibility for his own acts."

"ABC News has identified at least 36 criminal cases where Trump was invoked in direct connection with violent acts, threats of violence or allegations of assault.In nine cases, perpetrators hailed Trump in the midst or immediate aftermath of physically attacking innocent victims. In another 10 cases, perpetrators cheered or defended Trump while taunting or threatening others. And in another 10 cases, Trump and his rhetoric were cited in court to explain a defendant's violent or threatening behavior."

"various studies have found that, on average, belief in God is associated with lower scores on IQ tests. “It is well established that religiosity correlates inversely with intelligence,” note Richard Daws and Adam Hampshire at Imperial College London, in a new paper published in Frontiers in Psychology , which seeks to explore why."