By:   AFP (no individual author indicated) 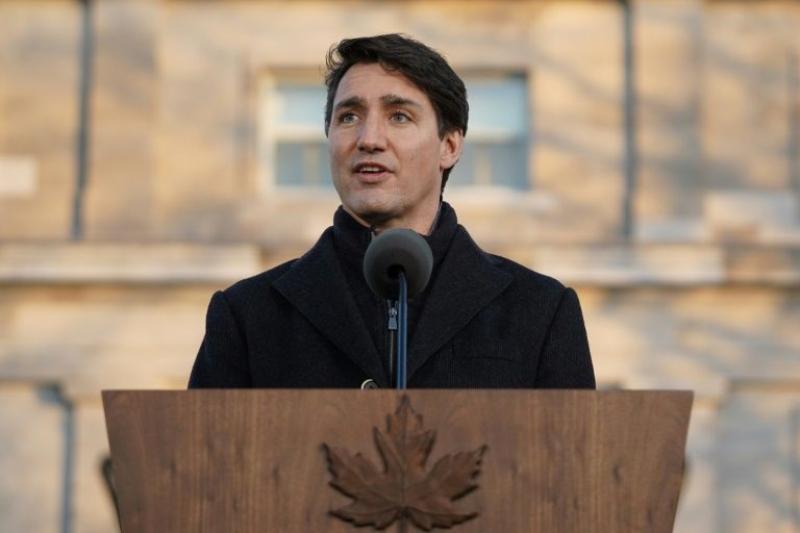 Former diplomat Michael Kovrig and businessman Michael Spavor have been held in China's opaque legal system since they were apprehended on December 10, 2018, accused of espionage.

Their case is widely viewed by Canadians as retribution for the arrest of Huawei chief financial officer Meng Wanzhou in Vancouver just nine days prior. She is wanted in the United States on charges related to Iran sanctions violations.

Obtaining the two men's release has been a top priority of Trudeau's government.

When asked if he thought a US-China trade deal could help resolve the situation during an interview with French-language channel TVA, Trudeau responded Thursday: "We hope so."

"We told them that the United States must not sign a final and complete deal with China that does not solve the problem of Meng Wanzhou and the two Canadians," he added.

But Beijing said Friday that the "current difficult situation" between Canada and China was entirely Ottawa's responsibility, and called for the government to release Meng Wanzhou immediately.

"When you pull out chestnuts from the fire at the behest of others, you will only end up hurting yourself," foreign ministry spokesman Geng Shuang said at a regular press briefing, using a Chinese expression referring to doing others' dirty work.

He did not say if the US had asked China to release the two Canadians, but said Canada should "stop colluding with others" to pressure China.

Trudeau -- who has been criticized by the opposition for his handling of the case -- said his administration has worked "practically every day to try and make China understand that they must free these two Canadians."

Meng was released on bail a few days after her arrest. She is living in her Vancouver mansion while waiting for an extradition hearing scheduled to begin January 20.

"Whatever pressure they put on us, arresting two Canadians... won't change the Court of British Columbia's decision on extradition," Trudeau warned, noting that the Canadian judicial system is "independent."

Tell you what, Justin baby, after making fun of Trump at an international meeting, after not following the righteous vote of the USA at the United Nations and actually casting a vote AGAINST Israel for the first time in Canada's history, I would be quite unhappy if Trump didn't spit in your face.  I suggest that what you do is go to China and take the place of the two Canadians - I'm sure China would agree to put you in their best VIP dungeon.

Although I can't deny that he IS my Prime Minister, I would never never vote for him.  I only hope that he loses a vote of confidence and a new election is called.

Masters Principal
1.1  Sparty On  replied to  Buzz of the Orient @1    last year

PM Justin Trudeau to the rescue.

How aboot that?   Now take off you US hosers and pass the back-bacon!

Aww, Mr. Trudeau, and other world leaders, made fun of/mocked this laughingstock of a 'president'.

You sound quite angry Buzz.

Maybe I am, for good reason. From your comments everywhere you sound quite angry about Trump, so maybe YOU should chill.

Is Trudeau really expecting the US to take care of Canada's people instead of doing so himself?

He's in trouble with China because of a legal matter where there is a clash of laws between China and Canada with respect to the arrest and home imprisonment of a CEO of the Huawei company..  I just noted evidence of China's anger with him because I read that Xi Jinping gave condolences to Iran and the Ukraine due to the loss of their citizens on the downed plane, but there were about 60 Canadians on the plane as well and Xi Jinping said nothing about them.

My response to whether Trudeau could expect cooperation from Trump is pretty clearly indicated in my first comment.