An egg a day keeps the doctor away?

An egg a day keeps the doctor away? 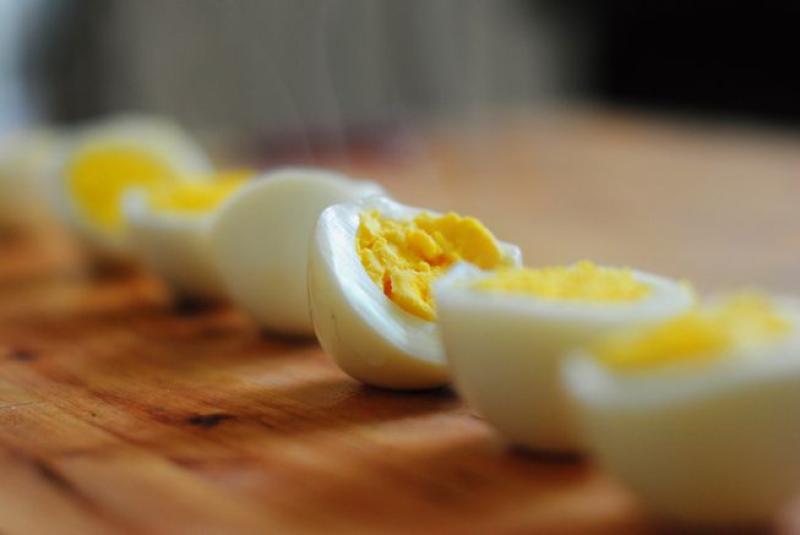 The debate over   whether eggs are good or bad for you   seems to be unending, but several recent studies score for the pro-egg team.

Analyzing data from three large, long-term multinational studies, researchers from McMaster University and Hamilton Health Sciences in Ontario found that having just an egg a day is not tied to an increased risk of heart disease.

“Also, no association was found between egg intake and blood cholesterol, its components or other risk factors. These results are robust and widely applicable to both healthy individuals and those with vascular disease.”

The findings were published in   The American Journal of Clinical Nutrition . The combined studies looked at egg consumption in 177,555 people from 21 countries.

In an earlier study, researchers at the University of Eastern Finland found that the consumption of one egg a day relates to a blood metabolite profile that is associated with a lower risk for Type 2 diabetes,   reports MedicalXpress.com .

The study follows up on a previous study that also showed a positive relationship between consuming eggs and lower risk of Type 2 diabetes, but took it one step further to identify exactly what's going on when an egg is metabolized in the body that's so beneficial.

"The purpose of the current study was to explore potential compounds that could explain this association using non-targeted metabolomics, a technique that enables a broad profiling of chemicals in a sample," explained the lead author of the study, Stefania Noerman.

The key components in eggs that gives them their diabetes-crushing power appears to be certain lipid molecules that positively correlate with the blood profile of men in the study who avoided developing the disease. Interestingly, by carrying out these blood profiles, researchers were also able to identify several biochemical compounds in blood that do predict a higher risk of developing Type 2 diabetes. So the research will be a boon to our understanding of this condition beyond just the effect that egg consumption has on it.

Don't go on an egg splurge just yet

The studies looked at egg consumption in moderation, which was mostly just one egg a day. (Photo: maradon 333/Shutterstock)

There are some important caveats to keep in mind before gorging on eggs for their health benefits, however. For one, these studies looked strictly at egg consumption in moderation. Moderation, as with most things, is likely important for achieving the desired health benefits.

Furthermore, there are other studies which flag eggs for their ill effects on health as well. For instance, eggs are extremely high in cholesterol.

Doctors often recommend cutting down on egg consumption for patients with heart health concerns, for this very reason. So it's best to understand the results of these studies as just part of the overall health profile of egg consumption. They aren't all-good or all-bad; they have benefits, they have detriments. Nutrition and health are complicated, so take these new pro-egg studies with a grain of salt (another metaphor that advises dietary moderation!)

"Although it is too early to draw any causal conclusions, we now have some hints about certain egg-related compounds that may have a role in Type 2 diabetes development. Further detailed investigations with both cell models and intervention studies in humans that use modern techniques, such as metabolomics, are needed to understand the mechanisms behind physiological effects of egg intake," concluded Noerman.

Editor's note: This story has been updated with new information since it was published in January 2019.

"Analyzing data from three large, long-term multinational studies, researchers from McMaster University and Hamilton Health Sciences in Ontario found that having just an egg a day is not tied to an increased risk of heart disease."

This article was of particular interest to me because that study was done by researchers from the university where I got my first B.A. degree, in the city in which I was born and grew up.

However, the result of the study did concern me a little, because I LOVE eggs - chicken eggs, duck eggs, goose eggs, bird (quail?) eggs, hey, I even like caviar. In fact for years now I've been eating an average of two eggs a day, rarely none, sometimes just one, sometimes three but mostly two a day and that mostly at breakfast. Of course, these days I have bigger worries about my health.

I'm also at 2 eggs a day, mainly breakfast, for well over ten years now, just had a CDL physical done and good health (granted not a complete physical, just enough for CDL purposes).  I can purchase eggs now as low as .50 cents a dozen, I can't even grow them for that anymore.