Hurricane season is expected to be worse than normal

Hurricane season is still weeks away but experts are already anticipating that this year could be more active than normal — a forecast that emergency officials may find troubling as much of the country remains in the grips of the coronavirus pandemic.

The season officially begins June 1, but some meteorologists who have been tracking ocean and atmospheric dynamics over the past few months say conditions are ripe for storms.

"I'm sure nobody wants to hear this with everything else going on, but it's looking like it will be a relatively active season," said Phil Klotzbach, an atmospheric scientist at Colorado State University in Fort Collins.

Klotzbach and his colleagues at Colorado State released a forecast in early April that predicts 16 named storms with winds of 39 miles per hour or higher. Of those, the researchers' models suggest eight could become hurricanes, including four "major" hurricanes that reach Category 3 or higher.

An average season has 12 named storms, six hurricanes and three major hurricanes, according to the National Oceanic and Atmospheric Administration, which is expected to release its official hurricane season outlook later this month. 'Say it ain't snow!' Roker forecasts wintery weather in May

There are two main factors that suggest this year's hurricane season could be busier than usual: warmer-than-average sea surface temperatures in the Atlantic Ocean and low probabilities that a climate pattern known as El Nino will return.

Researchers closely monitor conditions in the tropical and subtropical Atlantic because warm ocean temperatures provide some of the fuel for big storms.

"Warm ocean waters are one of the main ingredients for tropical cyclone development, which refers to both hurricane and lesser storms like tropical depressions and tropical storms," said Daniel Brouillette, an atmospheric and climate scientist at Pennsylvania State University. "The warmer those waters are, the more likely that tropical cyclones will develop, and also the stronger they may be if they do develop."

Brouillette was part of a team at Penn State that published a separate early hurricane season forecast April 21. Their models similarly predict an active season, with as many as 20 named storms estimated for the year.

Both the Colorado State and the Penn State forecasts also found that El Nino conditions are unlikely to develop this year. That phenomenon, characterized by unusually warm water in the Pacific Ocean, influences climate patterns around the world and typically increases wind shear in the Atlantic, which can tear hurricanes apart and disrupt major storms as they are forming.

The counterpart of El Nino, known as La Nina, is characterized by unusually cool temperatures in the equatorial Pacific, and also drives global climate patterns. In the case of La Nina, there is typically less wind shear over the Atlantic, making for conditions that are more conducive for tropical cyclone development, Brouillette said.

Though there is strong consensus so far that this year's hurricane season will be a busy one, Klotzbach said it is still early, and even minor changes in ocean or atmospheric conditions can influence the outcome of the season.

"A lot can happen between April and June," he said. "There are a lot of signs pointing to an active season, but I wouldn't say it's a slam dunk."

Still, scientists will be closely monitoring developments in the upcoming hurricane season, which runs until Nov. 30, because it will be unfolding against the backdrop of the coronavirus outbreak.

"The hurricane season is coming whether we want it to or not," Klotzbach said. "And regardless of the seasonal forecasts, people need to be prepared every year."

Preparations may be particularly important this year, as emergency resources in many states, and at the federal level, are likely already strained because of the pandemic.

"It would behoove emergency managers, but also the public, to hedge their bets that the pandemic will still be going on later in the summer and fall," Brouillette said, "and to make as many preparations as possible right now to anticipate difficulties with that."

Another damn democratic hoax! Most obviously blown up by more people who are so silly, that they believe in Climate Change, the Mueller Investigation was not a hoax, that Trump really did quid pro quo the Ukranian president.

Long term Weather predictions are fake, they can't even accurately predict the weather 3 days out so who would trust their six month predictions. My mom used to buy the Farmers Almanac and I can predict as well as they did, it will be freezing cold in the winter and it will rain in the spring, it will be hot in the summer then cooler through fall. The only reason they keep predicting the weather is we like to know what it will be like tomorrow and they're pretty good at tomorrow and 50-50 on the day after but it's all down hill from there. I've never heard of a weather person being fired for being wrong either so there are no penalties for their inaccuracies, we are so used to them being wrong that we just shrug as it rains on what was supposed to be a sunny day.

A pandemic, murder hornets and hurricanes! Oh My!

As I've suggested a couple of times before - maybe everyone should do this: 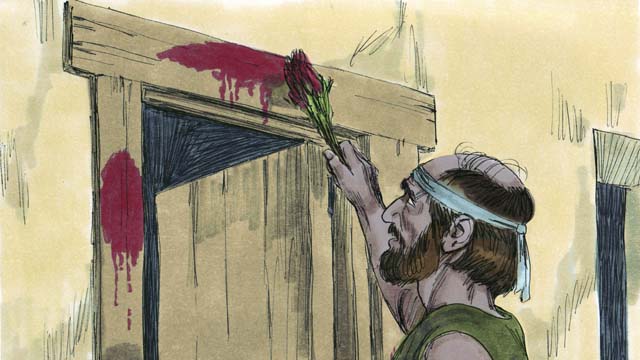 I thought that because the climate has become more moderate during the pandemic, extreme weather would be less likely.

They tell us this every year and it turns out to be false.

Btw the giant wasps are coming.

that this year could be more active than normal

with a little luck

The "Green new Deal" MUST be passed before then. It's the only way to save the world !

This is a nonpolitical article. Please let's keep it that way.

There is a pattern of more extreme weather around the world. Some say it is a coincidence. Nothing to see here.

More active doesn't necessarily indicate more severe.  That's the problem with emergency planning.  The planning attempts to prepare for severity but the forecasts do not provide that detail.

The forecasters throw out the modeled predictions as a warning.  However, the forecasters cannot provide any insight into when, where, or how severe any future hurricane might be.  The warning doesn't provide useful information for emergency planning.  It's necessary to plan for severe storms striking the United States regardless of forecasts.