By:   Lawrence A. Franklin 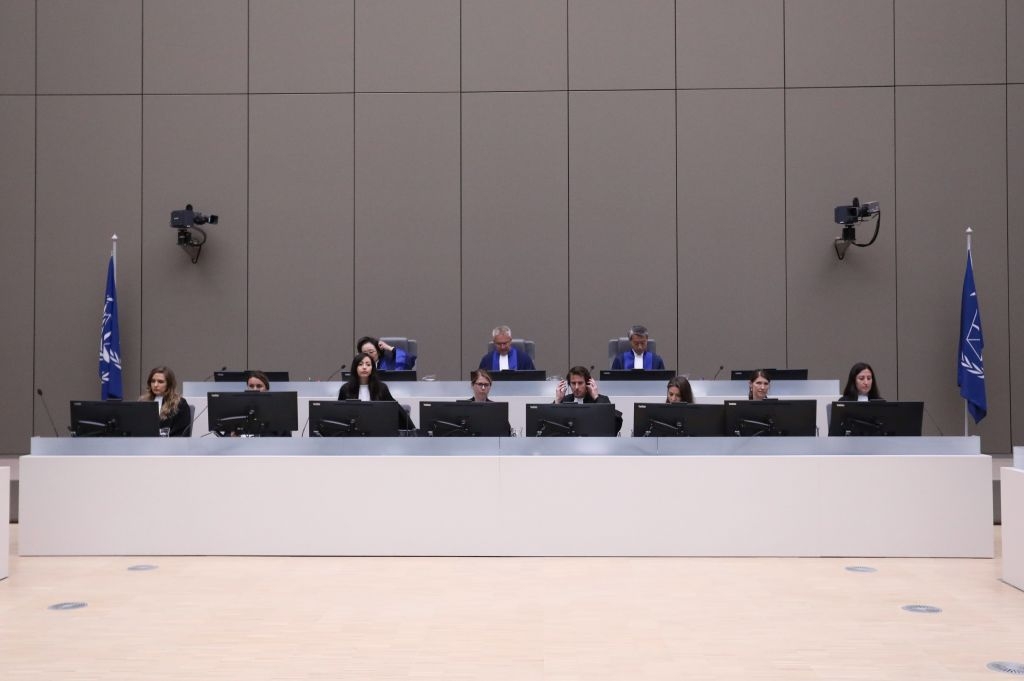 The International Criminal Court (ICC) appears ready to begin an   investigation   of alleged war crimes committed by Israeli soldiers against Arab civilian citizens of Gaza, the West Bank, and East Jerusalem. Fatou Bensouda, the ICC's Chief Prosecutor,   announced   on April 30 that she would proceed with the investigation if the ICC's pre-trial judges instruct her that she is on solid ground to launch the inquiry.

Even if the judges give Bensouda the go-ahead, it still appears that   jurisdictional prohibitions   exist, as enumerated in the Hague-based court's founding document. According to the ICC's charter, the Court cannot investigate the conduct of non-signatory states of the 1998 Rome Statute that established the Court. Israel, like the U.S., is   not a signatory   of the statute.

Bensouda, by accepting the Palestinian Authority (PA) as plaintiff, further violates the Rome Statute: the ICC is only permitted to investigate   allegations brought by a sovereign state . There is no State of Palestine. There are no established boundaries of any possible future Palestinian state. There is no population of a sovereign state to act as a plaintiff, even though representatives of the PA have delivered a brief of charges against Israel and the Israel Defense Forces (IDF).

The New York-based Lawfare Project, representing several pro-Israel NGOs, underscores the   incongruity   of the prosecutor's position in incorrectly proffering that any proposed Palestinian state would be achieved by international negotiations, rather than by agreed-upon Israeli-Palestinian face-to-face negotiation, to which the Palestinians have been unwilling to commit. This intransigence could presumably continue in perpetuity, which seems to be the Palestinians' current game plan. The Israelis then are theoretically supposed to hold all of the disputed territories "in mothballs" forever until the Palestinians might one day feel like showing up at the table? The Lawfare Project therefore posits that these talks are a   political rather than judicial   matter. The State of Israel and several other "Free World" democracies such as Germany, Austria, and the Czech Republic, in an appeal to the court, have labelled the Chief Prosecutor's actions jurisdictionally   irregular and illegal .

Bensouda   on April 29   "reiterated her position that Palestine is a state for the purposes of transferring criminal jurisdiction over its territory to The Hague." She rests her claim to legitimacy on a judgment by the ICC's former Chief Prosecutor, Luis Moreno Ocampo. He counseled that if the Palestinian Authority could achieve   recognition   by the United Nations as a non-member state of its General Assembly (UNGA), then the ICC could consider Palestinian claims of human rights abuses by the IDF. The UNGA admitted "Palestine" as a non-member state in 2015, by passing   Resolution 67/19 .

Bensouda's decision appears to undercut the ICC's already damaged reputation that it is neither independent nor impartial. The ICC's budget is limited and increasingly   hostage   to the UNGA. The UN also appoints the ICC's panel of judges, an intrinsically political process, subject to bloc voting in the UNGA. The   political paralysis of the ICC   rendered the Court unable to adjudicate upon human rights abuses and genocide in several past crises: the war crimes of the Sudanese paramilitary forces beginning in 2003 in Darfur, Sudan, and the massacres inflicted on Syria's civilian population by the Syrian national army in that country's ongoing ten year civil war.

It is difficult to divine whether or not Bensouda, a Muslim from Gambia in West Africa, has a deep-seated animosity toward Israel. It certainly is possible, though, even if she were from another religion or country, that Bensouda, whose term of office ends in 2021, might not be impervious to anti-Israeli propaganda crafted by elements of the Palestinian Authority.

The   spokesman   for the 45-member PA Executive Committee that briefed the ICC is Dr. Ghazi Hamad,   deputy foreign minister of the terrorist group Hamas , which is unquestionably dedicated to   destroying Israel . The committee also includes representatives of two other   terrorist organizations   besides Hamas, namely, the Popular Front for the Liberation of Palestine (PFLP) and the Palestine Liberation Front (PLF).

According   to Palestinian Media Watch and Jordan-based Jaffra News, the pre-trial procedures orchestrated by Bensouda may have been part of a   charade   in an attempt to burnish the ICC's image of impartiality. Bensouda also   met   with Palestinian Authority Prime Minister Mohammad Shtayyah on February 15. A recent Jordanian newspaper article reinforces the claim that Bensouda secretly   colluded   with the PA to target Israel. This collusion between Bensouda and the PA may explain the optimism of longtime Palestinian negotiator   Saeb Erekat   that the ICC's investigation will ultimately be successful.

The U.S. government has clearly expressed its dissatisfaction with Bensouda's status by   revoking   her visa to the United States. This action follows similar illegal charges by Bensouda and her push to investigate   allegations   that U.S. soldiers committed war crimes in Afghanistan. Bensouda has already proved her bias by her conduct in a previous investigation of   baseless charges   of systemic human rights abuses by British military personnel in Afghanistan and Iraq.

Notwithstanding Bensouda's possible collusion with members of the PA, both Israeli and independent investigatory panels have declared Israel's actions during conflicts with Palestinian terrorist forces to be fully in keeping with the laws of warfare. Independent observers, such as retired British Army   Colonel Richard Kemp , a member of the Gaza Commission, has attested to the panel's refutation of charges that the IDF committed war crimes during "Operation Protective Edge" in Gaza. Kemp, who has   called   Israel's defense forces "the most moral military in the world," has repeatedly described how false allegations are leveled against the IDF despite Israel's   painstaking efforts   to avoid civilian casualties.

Even the ICC's main funder, the United Nations, eventually had to scuttle the Goldstone Report, which one   analysis   by NGO Monitor, written by a collection of experts, accused of being "a study in evidentiary bias", "abusing human rights for political warfare", "tainted to the core" and "a failure of intelligence."

Legal affairs journalist Yonah Jeremy Bob   writes   that the IDF conducted at least 500 probes and more than 30 full inquiries into actions taken by Israeli soldiers during the 2014 Gaza conflict. In 2015, a commission of military figures from several democratic states that   reviewed the military operations   by Israel in the 2014 Gaza war established that "the IDF not only met its obligations under the Law of Armed Conflict but often exceeded these on the battlefield at significant tactical cost."

Both the U.S. and Israel have chosen wisely not to join the ICC, thus avoiding the danger of their military personnel being scrutinized by a straightforwardly politicized international body whose judgments continue to betray a   mindset   of politicization and bias.

Dr. Lawrence A. Franklin was the Iran Desk Officer for Secretary of Defense Rumsfeld. He also served on active duty with the U.S. Army and as a Colonel in the Air Force Reserve.

We live in a world of international injustice.

that's why the ICC is dead to us.

israel will tell them to pound sand also.