Is this "unrest" or an "uprising"? And a look back at the policies and cultural assumptions that have powered law enforcement.

Interesting show this past week showing that cultural antecedents can have lasting effects and that all may not be as dark as we might be led to believe. 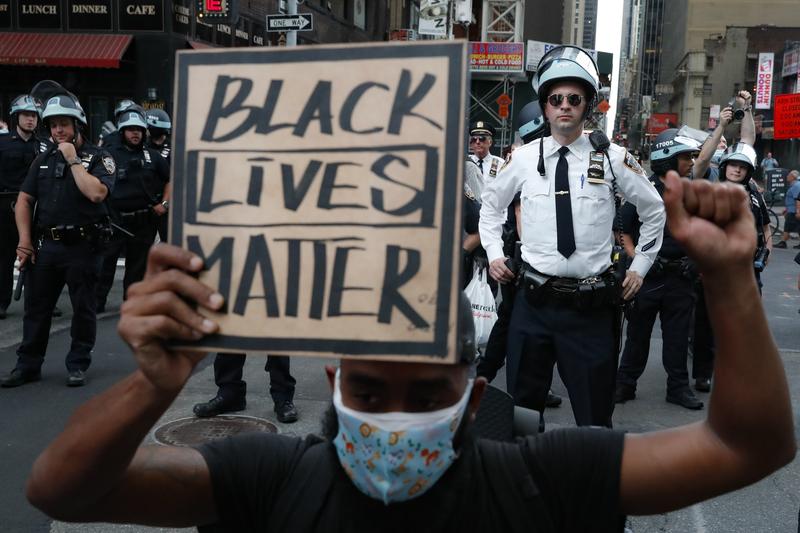 KAREN ATTIAH Black journalists and journalists of color, like we are tired, we are exhausted.

BROOKE GLADSTONE Covering the story while living the story from WNYC in New York, this is On the Media. I'm Brooke Gladstone. In rethinking the role of the police, consider what motivated the founding of the force from the very start.

ELIZABETH HINTON From the colonial period and the founding of this country, the impulse of policing has been to protect property and to enforce social control among immigrants, communities of color, and laboring communities.

BROOKE GLADSTONE Also, how to comprehend the ruptures in our society. One very old theory suggests that civilization is just a thin veneer. And in tough times, we revert to our brutish selves.

RUTGER BREGMAN Veneer theory is simply wrong. Deep down, most people are pretty decent. With maybe one thing I should add there, which is that power corrupts.

BROOKE GLADSTONE There's more coming up after this. From WNYC in New York, this is On the Media. Bob Garfield is out, I'm Brooke Gladstone.

We've really been confronting ourselves this week. Seeing ourselves in mostly unflattering high def. Like it or not, and the people who represent us in photo ops, clutching Bibles and fancy handbags, in uniform, firing flash bombs to maintain the established order, and in the streets with banners and outstretched arms trying to overturn that order. So who are we, really?

NEWS REPORT Mattis released a statement today that reads in part, "Donald Trump is first president in my lifetime who does not try to unite the American people, does not even pretend to try. Instead, he tries to divide us." [END CLIP]

BROOKE GLADSTONE How do we see ourselves?

SPEAKER What you thought was going to happen? We need jobs to feed our babies, and we wouldn't have this problem.

REPORTER So, you think a lot of this is borne out of frustration?

BROOKE GLADSTONE And how do others see us?

NEWS REPORT WITH ENGLISH ACCENT We see you actually, and every day we're listening and we're coming out with you

REPORTER We saw protesters tear gassed yesterday to make way for a presidential photo op. I'd like to ask you what you think about that. And if you don't want to comment, what message do you think you're sending? [END CLIP]

BROOKE GLADSTONE Here, Canadian Prime Minister Justin Trudeau paused for a very long 20 seconds or so, but I'm not supposed to air all that on the radio. Silence, sounds like a mistake.

JUSTIN TRUDEAU We all watch in horror and consternation what's going on in the United States. It is a time... [END CLIP]

BROOKE GLADSTONE Great powers, if they are to remain great, must take note of how they're viewed.

CHET HUNTLEY We made more good news for the Axis today. [END CLIP]

BROOKE GLADSTONE That's news man Chet Huntley in June 1943, commenting acidly on the riots initiated by U.S. servicemen against young Mexican-American men, many of whom were invited, though resented by local whites, to provide wartime labor. Some sported the edgy, baggy suits popularized in Harlem: zoot suits. They were called the Zoot Suit Riots, and they were brutal.

CHET HUNTLEY The open warfare in Los Angeles has been broadcast by our enemies in every foreign tongue and beamed toward all the continents, the nations, and all the islands where other races of people live. The Axis says, in short, here's your wanted democracy in action. [END CLIP]

BROOKE GLADSTONE An image problem, a moral problem that our nation cannot outrun.

CHET HUNTLEY Today, we gave the Axis more good news, gave our enemies some more weapons. There was a lynching in Florida and a race riot last night in Beaumont, Texas. [END CLIP]

KAREN ATTIAH As the country marks 100,000 deaths from the coronavirus pandemic, the former British colony finds itself in a downward spiral of ethnic violence.

BROOKE GLADSTONE That's Karen Attiah, Washington Post global opinions editor, reading from her recent column " How Western media would cover Minneapolis if it happened in another country ." She got the idea a little over a week ago during a sleepless night.

For the rest of the transcript, Please go to the seeded article.

We have to go a little bit before Johnson into the Kennedy administration, when Kennedy and other officials became really concerned about growing populations of black youth between the ages of 15 and 24, living in cities that were becoming majority black or close to a third black. And they said, "if we don't make some kind of intervention, this social dynamite," that's what they called this group of youth, "would explode." So they established a major anti-delinquency program, pre-kindergarten programs that become Head Starts, job training programs, social workers doing outreach with youth who are vulnerable to violence. This was Kennedy's attempt to really wrestle with these problems. In 1964, Harlem does explode. Johnson immediately labeled this uprising as criminal, he took strides to separate it from the nonviolent direct action protests of the civil rights movement, even though the grievances that caused the Harlem community to erupt were rooted in socio-economic conditions, much like civil rights protests. The following year, as a prevention measure, Johnson declared the War on Crime in March 1965.

I feel a "Disturbance in the Peace".

Well, I think you could explain the cogency of your comment to those of us who lack mind reading skills. Or do you just specialize in drive-by comments?

Drive-by is his specialty or you can call it what it is, trolling.

'Power corrupts' we have seen time and again.

And again.  Seems to be a repeating motif of human culture.

I find it especially interesting how the Kennedy administration put into effect some of the programs that the defund the police protestors are agitating for now more than fifty years later.

I find it especially interesting how the Kennedy administration put into effect some of the programs that the defund the police protestors are agitating for now more than fifty years later.