After a resurgence in new coronavirus cases in the U.K., most pubs in Liverpool must close and restaurants can offer only takeout food.

LONDON — Peter Kavanagh's pub has served thirsty Scousers, the affectionate nickname given to people from the northwestern English city of Liverpool, since the 1850s. But now its doors are shut.

Because of a resurgence in new coronavirus cases in the United Kingdom, with Liverpool among the worst affected areas, most pubs in the city must close and restaurants can offer only takeout food. The city has 634 cases per 100,000 people and is counting 3,100 positive cases per week, up from 89 a week in September.

Millions of people across Britain are facing new and more stringent social rules this week, as authorities struggle to stamp out a massive rise in reported infections. And many Britons, public health experts included, say another national lockdown, the first since March, is now inevitable.

Rita Smith, 81, has been the owner — or "publican" — at Kavanagh's for 28 years, welcoming loyal drinkers into this community hub to enjoy live music and quiz nights.

"It's unique, it's one-off, it's history, it's the best example of what Liverpool is about," she says of the quirky pub that takes its name from the man who ran it for the first half of the 20th century.

The pub is recognized for its architectural significance on England's list of national heritage buildings — but that has not spared it from the pandemic. The closing of all U.K. pubs in March — and subsequent restrictions like a nationally mandated 10 p.m. dining and drinking curfew — meant revenues so far this year had more than halved compared to the same point in the calendar last year, Smith told NBC News in a phone interview from inside the now deserted pub.

The business she calls her "passion" reclosed on Tuesday night alongside an estimated 970 other drinking venues in Liverpool, its suburbs and neighboring towns, following the British government's announcement of fresh Covid-19 restrictions that target regions of the country with the highest rates of infections.

Pubs that do not serve food, like Kavanagh's , must remain closed for the next four weeks, at which point such local lockdowns will be reviewed, under new rules that Prime Minister Boris Johnson announced on Monday.

Nonetheless, fearful of the huge rise in cases across Liverpool, Smith says these measures are being enacted too late. "We should have been shut down earlier," she said. "You could feel the second wave coming."

Running a pub is only ever "about people," she said, adding that "it's also about keeping them safe."

Born and raised in Liverpool, Smith has often worked seven days a week since she took on the business in 1992, pulling 15-hour shifts behind the bar alongside her staff, treating regular customers, and indeed everyone who enters, "like family."

And she says the dire economic consequences of closing should be kept in perspective. "I don't run the pub to make money. I do it to keep me occupied."

But other British brewers and pub owners are eager to point out that only a tiny fraction of confirmed Covid-19 transmissions have occurred in "hospitality venues" like pubs, and some are considering taking legal action against the government.

And landlords in Liverpool and other parts of the U.K. that have yet to face these new restrictions say it feels like they are being scapegoated despite efforts to avoid transmission, including having staff wear masks and introducing cleaning stations and separate entrances and exits.

"It's really frustrating," said Ben Robson, 34, who runs two pubs in northwest London with his brother Eddie. "We're doing everything we're told to do. It's difficult to process, definitely, and not get too upset."

And even scientists advising the British government argue that this new approach is not fully warranted. Robert West, a health psychology professor at University College London, said it was like using "a blunderbuss to kill a sparrow."

"I think that the landlords and the publicans have every right to be very aggrieved with the government in terms of its failure to put in place track and trace and isolate systems," West said.

But the warm-heartedness that draws customers to her pub prevents Smith from casting blame on anyone for her current commercial dilemma.

"I'm glad it happened in some ways, because this coronavirus needed to be slowed down," she said of the latest restrictions, "to stop people from taking it home to their families and old people getting sick."

Asked if she considers herself one of those old people, she laughs.

The stubborn ignorance of people is uncanny, they simply refuse to understand.  Until an effective vaccine is readily available there is no way to contain this virus except by a strict adherence to the guidelines - mandated universal wearing of masks and social distancing, washing hands often with the proper disinfecting solution, not touching your eyes mouth and nose until home and hands washed.  Most countries just waited too long to require lockdown, and besides it only works if it's voluntarily carried out and universal (allowing ONE person only to leave for shopping for necessities or emergencies).  So forget it, lots more people are going to get sick and die - it's inevitable.

I see three things out there.

Hope you and your wife have been well Buzz.

We, and almost everyone else in Chongqing were VERY careful, voluntarily strictly adhering to the guidelines and that's why in our city-state of 32 million (almost the population of all of Canada) there were only 672 cases, of which only 6 died and rest recovered and for the past 5 or 6 months the only cases were a few imported ones.  Now everything is back to normal here with only a few careful restrictions.  So we are fine - thanks for asking.

What do you expect from scousers look no further that the football club they support they can’t have to much common sense. 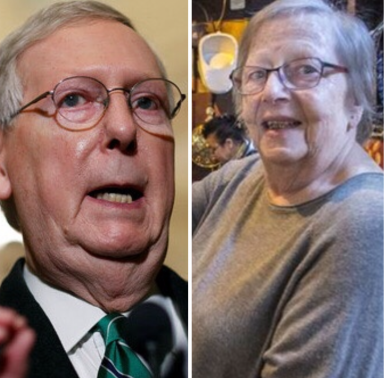