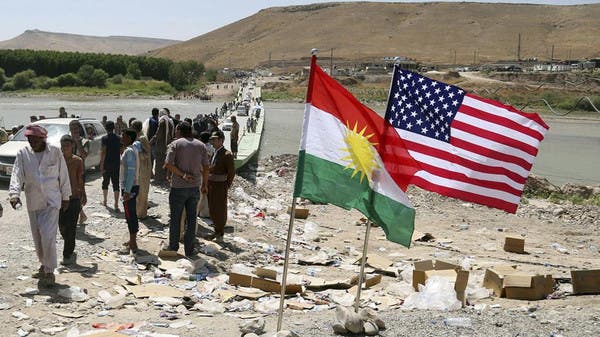 Iekhan Safar moved from Iraq to a city in the middle of the American heartland for the same reason as hundreds of Yazidis, a Kurdish religious minority: to live near family, far from the dangers they've long faced as a persecuted group.

Now, the city is at the center of a frantic effort to draw attention to the group's plight in northern Iraq, where Yazidis are fleeing from the Islamic State group's militants to escape violence and attempts to convert them to Islam.

Thousands of homeless Yazidi families are packed into a refugee camp on a remote desert Sinjar mountain range near Iraq's northern border, where there is little access to food, water or shelter.

Safar, a mother of three, says her sisters and their children face an uncertain future there. One sister called this week in tears: Her 3-year-old daughter fell off a cliff and died in the rush to escape the extremists.

"I just hope they bring them here. At least they'd be safe," Safar said through tears in her Lincoln apartment. "They'll work hard. They just want their kids to be safe." Yazidis in Lincoln say they're grateful for the humanitarian airdrops and airstrikes against militants that President Barack Obama ordered last week, but fearful that their loved ones can no longer live peacefully in Iraq.

Yazidis - also spelled "Yezidis" - have suffered religious persecution for generations because of their beliefs, which include some elements similar to Christianity, Judaism and other ancient religions.

Many Muslims consider them devil worshippers, an accusation that Yazidis strongly dispute.

Those who didn't flee into the mountains are still in their homes in the town of Sinjar, making whispered phone calls to relatives in Lincoln as extremists roam the streets outside.

Relatives have received reports of women in northern Iraq being raped or having body parts cut off, and Yazidis being threatened with death if they don't convert to Islam, said Laila Khoudeida, a spokeswoman for the Lincoln community.

It is so easy for us Westerners to forget what a blessing the freedom the US Constitution affords us.

I've never met a Yazidi, though I would like to. They seem to be a peace loving people who just want to care for their families as we do.

I've never met a Yazidi, though I would like to. They seem to be a peace loving people who just want to care for their families as we do.

I discovered this article way back in 2006-- it still one of the best I've read about the Yazidis-- an ancient community threatened with extinction:

The Beginning of the Universe

What an interesting account! Love the perspectives and gives a real sense of the type of people the Kurds are, whether muslim, or yazidi, or whatever. 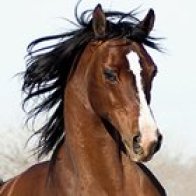 So sad to hear of the death of the child. I had never heard of these people until accounts of their plight began to be posted here on NT.

The article about them was very interesting. Their outlook on life is accepting of different people and religions; too bad Islam isn't this way, it might make for a more peaceful Middle East.

If we can keep it from being destroyed any further and maybe regain some of it back. It needs some tweaking and the only way to do that is "Convention of States".

The Yazidis are a unique religion, indigenous to Iraq.They are severely persecuted by many Islamic governments who consider them to be devil-worshippers (which is false)