It's the most famous sci-fi novel of all time. And it's considered impossible to adapt into a film. 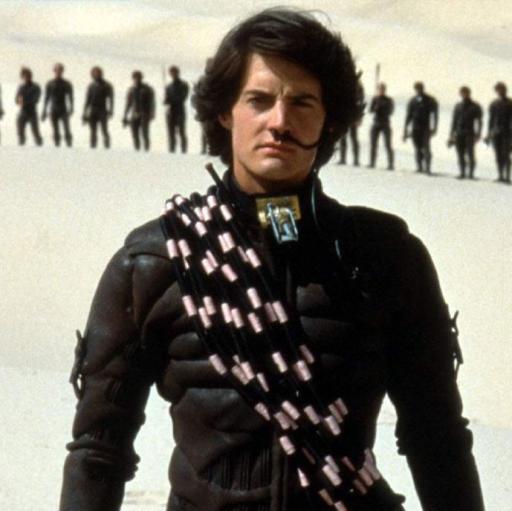 This year, production is set to begin on the latest film adaptation of   Dune , Frank Herbert's beloved fantasy epic. With sci-fi maestro Denis Villeneuve ( Arrival ,   Blade Runner 2019 ) behind the project, his   Dune adaptation is one of the most anticipated movies of the decade, given the property's long, complicated history.

Published in 1965, Herbert's   Dune   is the world's best-selling science fiction novel of all time. It's also considered one of the best books of all time, along with a seminal work in the sci-fi genre. The book is set far into the future in an intergalactic feudal society where powerful noble houses fight for control over resources, armies, and planetary power. Paul Atreides is the heir to his powerful house, whose Duke Leto rules the planet of Caladan. House Atreides is ordered to take control of Arrakis, a barren desert planet with a brutal climate, but is the only place to mine Melange—a natural resource that produces a drug called Spice, which allows humanity to unlock their minds to be able to perform highly complex tasks.

On Arrakis, however, Duke Leto is betrayed by the Emperor and their rival House Harkonnen, which sets off a battle over the valuable planet of Arrakis. The planet itself is inhabited with giant sandworms and a native population known as Fremen, who, over generations, have learned to survive with water as their most precious resource and currency. When Paul is targeted as a potential messiah to lead the planet—and galaxy toward a new era—an epic story of war, betrayal, and mysticism unfolds.

Why was it so popular?

Well, upon its release,   Dune   received a heap of critical praise, winning both the Hugo Award and the Nebula Award for Best Novel. It kicked off an entire series that included five sequels. But the book itself was considered groundbreaking for its unique depiction of the future that tackled complex issues of environmentalism and gender dynamics. It also was hailed as the seminal work of a generation fascinated with psychedelics, as the Spice substance resembles a drug that helps the user reach untapped areas of the mind.

If it was such a big deal, has it become a movie?

Well yes, and that's exactly what's so controversial. There have been many attempts to adapt   Dune   into a movie over the decades, most famously by film genius David Lynch in 1984. That version was a massive failure, both critically and commercially, and is considered one of the biggest flops in movie history. Other attempts have been made by Ridley Scott, Peter Berg, and even Frank Herbert's son, but none ever made it into production.

An underwhelming miniseries version was released on Sci-Fi Channel in 2004, but there remains no movie adaptation that has done the book justice. Because of its scope—and the complex internal dialogues and depictions of psychedelic visions—many critics have considered the book impossible to adapt into a movie.

So, now we might actually get a good   Dune movie?

Well, that this is being directed by Denis Villeneuve—whose fantastic   Arrival   was nominated for Best Picture at the Oscars and   Blade Runner 2049   was a visual wonder—is very promising. Villeneuve has proved himself more than capable at adapting time-bending narrative structures into films (like   Arrival ) and create visual masterpieces (like 2049, which included stunning scenes that would make for a very gripping   Dune ).

This is also very promising. Timothée Chalamet will play Paul Atreides. Rebecca Ferguson is his mother, Lady Jessica. Oscar Isaac is his father, Duke Leto Atreides. Stellan Skarsgård will be the villain, Baron Vladimir Harkonnen. Dave Bautista is the Baron's nephew, Glossu Rabban. Zendaya is Chani, an important woman in her Freman tribe. Javier Bardem is in talks to play Stilgar, the leader of the Fremen tribe. And Josh Brolin has joined the cast as Gurney Halleck, a minstrel warrior. Most recently,   Deadline reported   that Jason Momoa will join the film as Duncan Idaho, a skilled swordmaster for House Atreides.

When is it supposed to be out?

Production is expected to being sometime this year, making the release date sometime in 2020, most likely.

MATT MILLER   Culture Editor Matt is the Culture Editor at Esquire where he covers music, movies, books, and TV—with an emphasis on all things Star Wars, Marvel, and Game of Thrones.

IMO Dune is the best Sci-Fi novel I ever read, and I read Sci-Fi novels and short stories since I was 11 or 12.  As well, I didn't think Lynch's Dune movie was so bad, but Oh, am I EVER looking forward to this new movie.

There is a lot of politics, intrigue, and introspection in the book. I think it would make a more entertaining series on Netflix, Amazon, or something similar. A movie, just by virtue of being so short, is going to miss a lot of what makes Dune interesting.

Similar efforts have been made on The 100 and The Man in the High Castle with good results.

True for most. But lets not forget they took all 304 pages of The Hobbit and turned that into three 3-hour long movies.

I'm excited because technology has improved so much in the past ten years that we stand a good chance of an amazing visual movie coming out of this. I agree, I liked David Lynch's adaptation but am hoping for so much more.

I believe from an article I posted previously (which seems to have disappeared) it is going to be divided into two movies - you are perfectly correct in that there is just too much to cover in one movie.

I hope this turns out good

I believe all Sci-Fi fans do as well.

IMO Dune is too complicated and too emotionally cool to be made into a mass appeal movie. It may do well initially at the box office because of the number of people who read the books, but I would be surprised if it is a lasting smash hit.

Star Wars and even the Star Trek movies were successful because of simplicity, not complication.  Same for the Lord Of The Rings trilogy , which did a great job of explaining the expansive, epic, but somewhat simple story line.

If you're attracted to simple space-cowboy stories to be made into movies, try reading Edward E. "Doc" Smith's Lensman and Skylark series of stories. I'll be they would satisfy your requirements for excellent movie-fare.  They were the stories I cut my Sci-Fi teeth on in my early teens.

Your theory makes sense to me.  Although I really don't have much interest in watching the Star Wars movies again, I would watch Dune many times.

Just as long as the navigators tank looks like a Cab forward steam locomotive
https://en.wikipedia.org/wiki/Southern_Pacific_4294 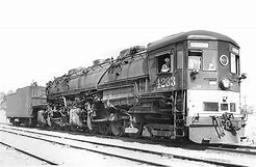 I guess you were thinking of this.