It’s been well over a month since the Kilauea volcano on Hawaii’s Big Island started erupting, and molten lava continues to pour into the ocean at a steady pace. New footage shows the dramatic extent to which the lava is producing “laze”—an unholy and potentially deadly mixture of steam, toxic gas, and tiny shards of volcanic glass.

The US Geological Survey captured the stunning video just after 6:00 am local time on June 4, and again in the early afternoon. The wall of laze along the front of the flow is about a half-mile wide.By the time the morning segment of the video was taken, lava from Fissure 8 had been pouring into the ocean for at least seven hours straight. As it cools, the molten material is forming an entirely new delta in Kapoho Bay. By the time of the afternoon footage, lava had practically filled the shallow bay. This volcano is literally changing the shape of the island before our very eyes.

The laze, a portmanteau of “lava” and “haze,” may look beautiful, but it’s potentially deadly. When the 2,140-degree-Fahrenheit lava hits the ocean, a chemical reaction occurs, producing a mix of hydrochloric acid, steam, and tiny particles of glass. The ensuing clouds of laze can cause lung damage, eye and skin irritation, and death in some extreme cases.

In case you’re wondering, the residents of the homes behind the creeping wall of noxious gas have fled. To date, over 2,500 people have had to evacuate, and more than 300 people are currently seeking refuge at community centers.

that is, if the homes survive. 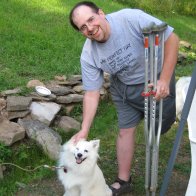 Let's get some things straight about this so-called eruption.  Kilauea has been erupting since 1983.  This so-called eruption is from collapsing lava tubes that were active (ie filled with lava).  The gases contained within the lava (Sulphur Dioxide, Carbon Dioxide, etc.) causes the jets of lava being thrown into the sky when the lava tubes collapsed creating the fissures.  The Big Island has been growing constantly since Kilauea started erupting in 1983, but most of the lava tubes were emptying underwater, so it was not visible.

They are absolutely amazing.  I'm just a little frustrated by people (not you, Bob, or anyone else on this site; but the author of the article that you seeded) whom are not normally interested in volcanoes acting like they actually know absolutely everything about them.  At one time, I actually gave serious thought to becoming a volcanologist due to my fascination with volcanoes.

They took a calculated risk living in that area and successfully did so for decades. Then....Pele, the Fire Goddess,  got pissed by something Trump said. Now they're SOL.

When the flow stops and it will, will Trump take credit for it?

You can bet your booty Trump will take credit for making it stop. His ego would not be able to let that one go by.

The geographic process is an amazing and awe inspiring thing to be able to watch in real time.

And I feel sorry for all the sea life in that area of the lave flow into the ocean and bay ares that were lost. I am sure that there will be a negative affect in that part of the ocean that will extend much further out than the basic affect area.