Bill Gates on how to defeat 'the first modern pandemic'

By:   By LINDA DENG in Seattle

Bill Gates on how to defeat 'the first modern pandemic' 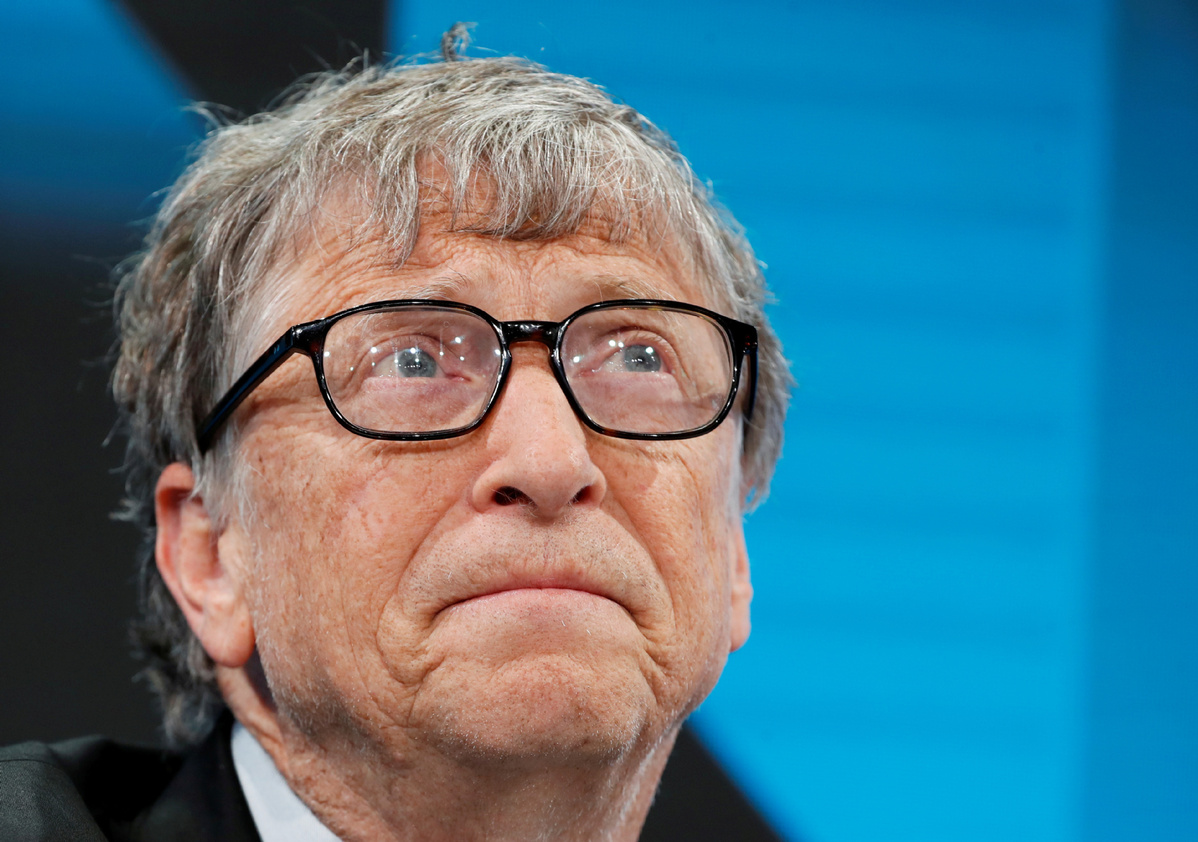 Microsoft co-founder Bill Gates discussed the possibility of a viral pandemic in a TED talk five years ago and recently shared his views on the worldwide coronavirus outbreak and why he believes the key to winning the battle is global innovation.

"The damage to health, wealth, and well-being has already been enormous. This is like a world war, except in this case, we're all on the same side. Everyone can work together to learn about the disease and develop tools to fight it," Gates wrote in a 6,300-word post Thursday morning.

"I see global innovation as the key to limiting the damage. This includes innovations in testing, treatments, vaccines, and policies to limit the spread while minimizing the damage to economies and well-being."

Gates believes most developed countries will be moving into the second phase of the epidemic in the next two months. He said that life would be "semi-normal" — that is to say, times would be abnormal but not as abnormal as during the first phase. People will be able to go out again, "but not as often, and not to crowded places".

To offer a better sense of the gradual reopening in developed countries, Gates gave the example of Microsoft's operation in China, which has roughly 6,200 employees.

"So far about half are now coming in to work," Gates wrote. "(Microsoft China is) continuing to provide support to employees who want to work at home. They insist people with symptoms stay home. They require masks and provide hand sanitizer and do more intensive cleaning. Even at work, they apply distancing rules and only allow travel for exceptional reasons."

The post on gatesnotes.com is titled "Pandemic 1," a reference to COVID-19's status as "the first modern pandemic", as Gates put it. He said the pandemic will define this era in the same way that World War II did in its time.

"No one who lives through Pandemic I will ever forget it," he wrote. "And it is impossible to overstate the pain that people are feeling now and will continue to feel for years to come."

Continuing the World War II comparison, Gates cited the "amazing amount of innovation" that emerged from that era, including radar, torpedoes and codebreaking. He said he expected the same from the pandemic and he pointed to five categories of innovation: treatments, vaccines, testing, contact tracing and policies for emerging from lockdown orders.

Gates said widespread testing would be critical as life starts to return to normal. He points to the potential of new forms of testing, including a new Rapid Diagnostic Test that could provide results at home without sending a sample to a lab. Gates is also funding researchers conducting a mail-in nasal swab test in the region around Seattle, Washington.

In addition to testing, Gates said contact tracing is also important to stopping the spread of the virus: "China was where the first infection took place. They were able to use stringent isolation and extensive testing to stop most of the spread."

China and South Korea required patients to turn over information about where they have been in the last 14 days by looking at GPS information on their phone or their spending records.

Gates said it is unlikely that Western countries will require this, speculating that most countries will use the approach that Germany is using, which requires interviewing everyone who tests positive and using a database to make sure there is follow-up with all the contacts.

Gates' view on treatments for the virus is more pragmatic.

"Short of a miracle treatment, which we can't count on, the only way to return the world to where it was before COVID showed up is a highly effective vaccine that prevents the disease," he wrote. "Unfortunately, the typical development time for a vaccine against a new disease is over five years."

Gates added that he agrees with public health officials who believe that large-scale vaccination is likely 18 months away, but it illustrated the uncertainty when he wrote, "it could be as short as 9 months or closer to two years".

The pandemic has spread around the world, infecting more than 2.7 million people and killing more than 190,000.

Since the outbreak began, the Bill & Melinda Gates Foundation has committed more than $250 million to support development of diagnostics, therapeutics and vaccines and to help strengthen African and South Asian health systems, which help mitigate the social and economic impacts of the virus.

"The heavy cost of the pandemic for lower-paid and poor people is a special concern for Melinda and me," Gates wrote. "The disease is disproportionately hurting poorer communities and racial minorities.

"Likewise, the economic impact of the shutdown is hitting low-income, minority workers the hardest. Policymakers will need to make sure that, as the (US) opens up, the recovery doesn't make inequality even worse than it already is.

"At the same time, we are impressed with how the world is coming together to fight this fight. Every day, we talk to scientists at universities and small companies, CEOs of pharmaceutical companies, or heads of government to make sure that the new tools I've discussed become available as soon as possible. And there are so many heroes to admire right now, including the health workers on the front line. When the world eventually declares Pandemic I over, we will have all of them to thank for it," Gates concluded.

"This is like a world war, except in this case, we're all on the same side."

Hey Bill, maybe you should tell Trump that, because right now that isn't correct.

So it seems Gates and a several other d-bag billionaires have found a way to bilk the world of billions promoting vaccines that they have cleverly marketed as a two-fer under the guise of philanthropy.

And what proof do you have that Gates or any other true philanthropists are profiting from vaccines? - otherwise that bullshit doesn't float, and your comment is as mean-spirited as most of the ones you've posted about the virus.

There’s nothing you have to say it is of any interest whatsoever to me get it.  I simply do not read anything that anybody that would support that Chinese communist regime has to say.

Support them?  I support what they do that I think is right, and I don't support what they do that I think is wrong.  I don't promote them, here or anywhere, and I would have the same attitude for any country in the world because I don't have a closed mind and I'm not ignorant. All I have been doing is correcting lies, misinformation and misunderstandings of which I am personally aware because I'm here and not part of a society that finger points and blames others to mislead from their own shortcomings.  I have supported the Conservative Parties of Canada and Ontario for more than 40 years because that is the country of my citizenship and so what happens there is more meaningful for and important to me than anywhere else.  I can criticize whatever country I want and I can praise whatever country I want. I'm not locked into a single viewpoint and open to others unlike some people here because I have a brain in my head and a good education and I can actually think for myself.  And finally, I don't give a shit about any ignorant asshole who criticizes my personal choices.

Gates has been on the forefront calling out the dangers of another pandemic for years.

You actually expected proof for the bullshit comment from FW. He is factless.

Of course I didn't expect proof, otherwise I wouldn't have bothered calling him out on it - I just wanted to establish for all other readers the kind of person he is.