BUZZ NOTE:  There is a video or other FaceBook item that I am unable to open near the end of this article, but you can view it by clicking the "SEEDED CONTENT' link just below this message, that will open the original article. 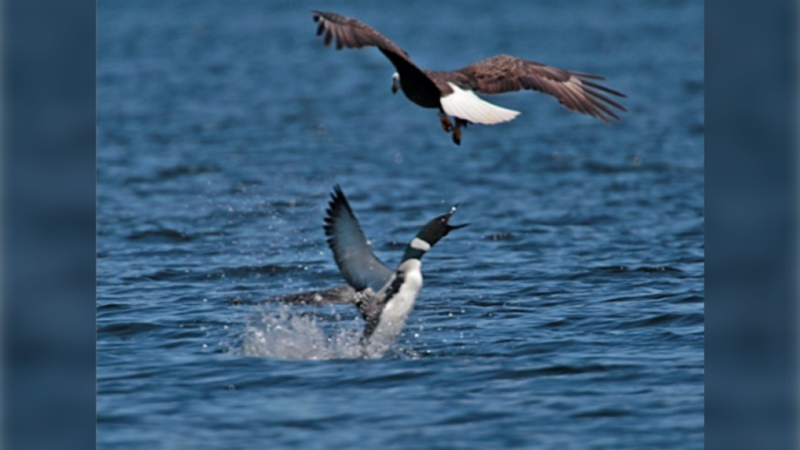 A loon defends itself against a swooping bald eagle. (Jon Winslow)

TORONTO -- In a never-before documented fatal clash between a bald eagle and a loon protecting its chicks, Canada’s loonie mascot stabbed America’s national bird through the heart.

It’s a wildlife first, according to Courtney Moulton of the Maine Department of Inland Fisheries and Wildlife. Moulton wrote a   blog post   titled "Bald Eagle Shot Through the Heart – By a Loon!" about the incident this month, saying it excited loon researchers who had never before documented a loon killing an eagle, but plenty of the inverse.

After the dead bald eagle was found floating face-down in Highland Lake in Maine last summer near a dead loon chick, Moulton was “intrigued,” she wrote, adding that a woman in a nearby cabin said she’d heard a “hullabaloo” the night before “consistent with agitated loons.”

“We know conflicts between bald eagles and loons have soared in recent years as a result of the recovery of our eagle population. We are seeing more and more eagle predation on loon chicks and even adult loons. Who would think a loon would stand a chance against such a powerful predator?” she asked in the blog post.

When X-ray returned no evidence of a bullet, but an external exam revealed a puncture wound, researchers sent the bald eagle to the National Wildlife Health Center in Wisconsin.

“This puncture wound could have been due to an adult loon’s beak as a result of its attempt to protect its chick from the eagle,” wrote Moulton, adding that marks consistent with the spacing of eagle talons were found on the loon chick.

“A loon’s best weapon is its dagger-like bill, and it will often attack adversary loons by coming up from beneath the water’s surface with its bill straight towards the other loon’s sternum, or chest. Many adult loons have several healed-over sternal punctures from fights like these.”

In Wisconsin, researchers determined the wound was similar in size to a loon’s bill and showed fatal precision:

“[I]t extended straight to the heart which likely led to a quick death,” wrote Moulton.

Who would think a  #loon  would stand a chance against a powerful bald eagle? Read more:  https://t.co/uAeD3PyiRj   #Maine   #Mainewildlife   #baldeagle   pic.twitter.com/kVObMxfeTB — Maine Department of Inland Fisheries and Wildlife (@mefishwildlife)  May 19, 2020[ 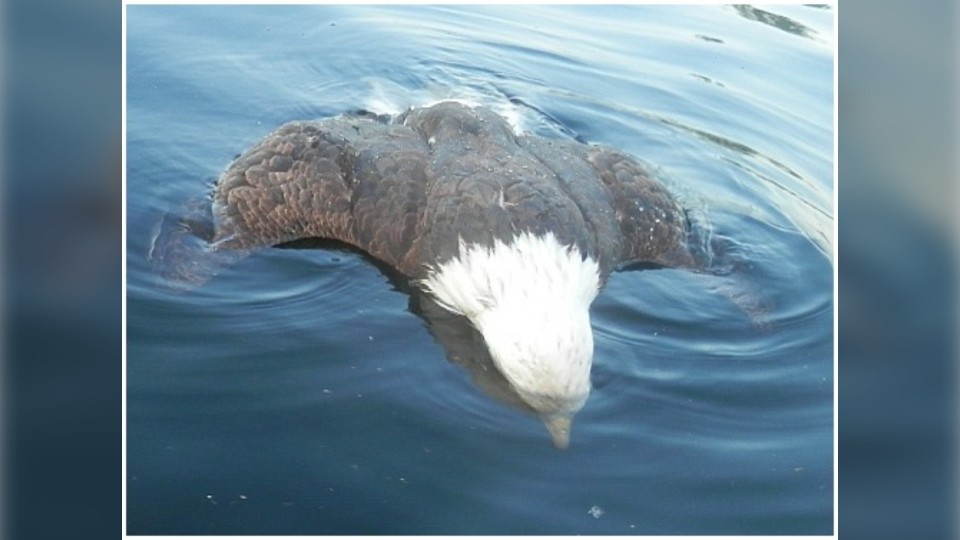 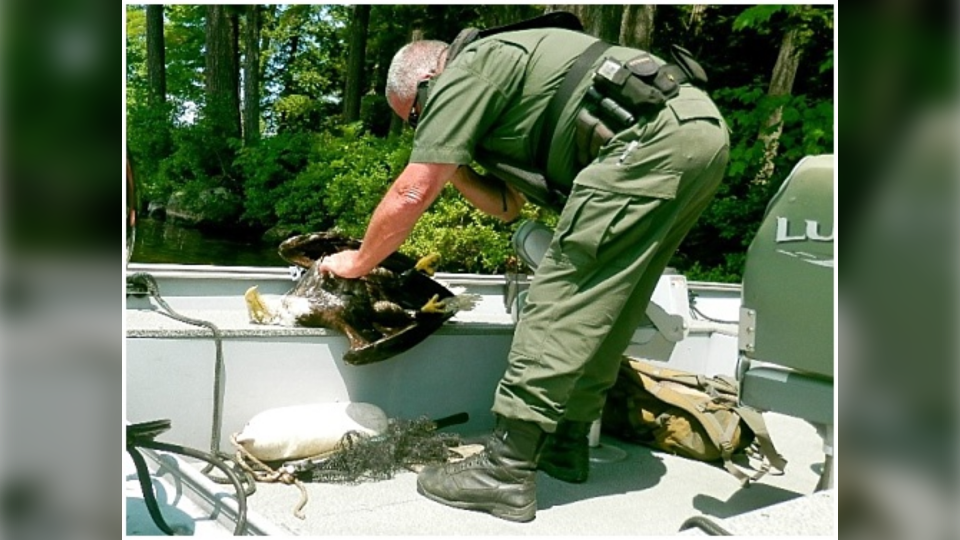 You need to teach your eagles a little history, like about the war of 1812.

but, only metaphorically speaking

out of a beaker

The eagle found out too late

Trying to put that baby on his dinner plate

And attacked with a hiss

Now the eagle is an eagle no more 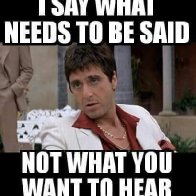 They have "Shoes", "Brushes", "Wooden Spoons", "Back of Hands", and whatever else is available.

With my mother, it was a high heeled pump.  I swear she could throw that thing like a boomerang, even around corners.