Ambassador salutes WWII cooperation by China and US

By:   By ZHAO HUANXIN in Washington

Ambassador salutes WWII cooperation by China and US 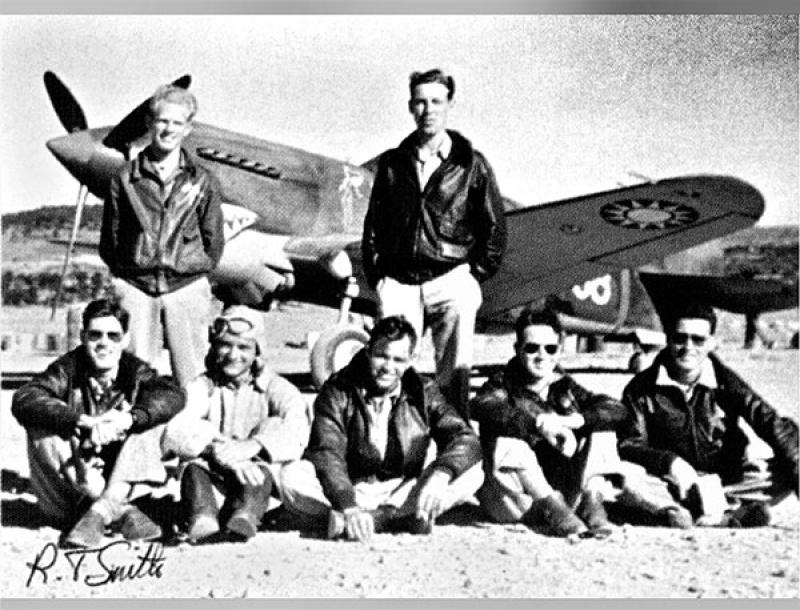 Members of the 1st American Volunteer Group, better known as the Flying Tigers, gather for a group photo at Zhijiang airport in Hunan province during World War II. [Photo/Xinhua]

China and the United States, partners who fought together for peace and justice during World War II, should recapture that spirit of cooperation to fight the COVID-19 pandemic and other common foes, Beijing's top envoy in Washington said on the 75th anniversary of the end of World War II.

The anniversary, observed Sept 2 in the US, is commemorated in China on Sept 3 to mark the victory in the Chinese People's War of Resistance Against Japanese Aggression and the World Anti-Fascist War.

Putting aside the mounting tensions between Washington and Beijing, Chinese Ambassador to the United States Cui Tiankai took the opportunity to revisit the shared history of the two countries during the war, when China and the US fought "shoulder to shoulder" for peace and justice in the Asian theater.

The ambassador tweeted a video clip Thursday that shows the pictures of the Flying Tigers — officially, the First American Volunteer Group of the Chinese Air Force — and its team leader, US aviator Claire Lee Chennault, who helped China during the war.

In January, the Stilwell Road Museum opened to the public in Tengchong, in southwest China's Yunnan province. Both the road and the museum were named after Joseph Stilwell, the US Army general and a head of the China-Burma-India Theater, according to earlier Chinese media reports.

Since he has been in the US, Ambassador Cui has received letters from US veterans of the Doolittle Raid, the daring April 1942 air attack on Tokyo and other targets, about their wartime memories of China.

"In the letters, they recalled with deep gratitude that when they made crash landings in China after raiding Tokyo in World War II, the Chinese people put themselves in harm's way to rescue them and made huge sacrifices for it," he said. "This part of history will not be forgotten."

According to a 2015 book,  Target Tokyo: Jimmy Doolittle and the Raid That Avenged Pearl Harbor , most of the aircrews flew on to China after attacking Japan. Low on fuel, the men either bailed out or crash-landed along the coast and were rescued by local villagers, guerrillas and missionaries.

"That generosity shown by the Chinese would trigger a horrific retaliation by the Japanese that claimed an estimated quarter-million lives," author James M. Scott wrote in the book.

Cui noted that China was the first country to sign the United Nations Charter after the war, and it has always dedicated itself to safeguarding and contributing to the international order.

Over the past 75 years, China, the US and the rest of the world have all gone through tremendous changes, and the growth of relations between China and the US has made a "significant contribution" to the wellbeing of the two peoples and to world peace, stability and prosperity, he added.

Looking back at the history is for a right perspective of the future, Cui said.

Quoting a famous saying — "The best way to predict the future is to create it" — Cui proposed the two countries relive the spirit of cooperation from World War II and "confront our common enemies in the new era: COVID-19, economic recession, climate change and other global challenges".

Cui concluded: "Let's work together to realize the vision enshrined in the UN Charter: 'to save succeeding generations from the scourge of war … and to promote social progress and better standards of life in larger freedom'."

Article is LOCKED by moderator [Buzz of the Orient]
smarty_function_ntUser_is_admin: user_id parameter required

As you can see, the attitude of Chinese officials towards America is the opposite of Trump and Pompeo's attitude towards China.  General Stilwell's home on a hillside in Chongqing was not mentioned in the article, although it has been made into a museum, one of many tributes to America and the Americans who helped China during WW2.  I visited that museum, and here is a photo of me with one of the original Chinese "Flying Tiger" pilots who flew needed supplies to Burma "over the hump" (mountains).  Behind me is a poster on the wall of him in uniform and his family from those days. 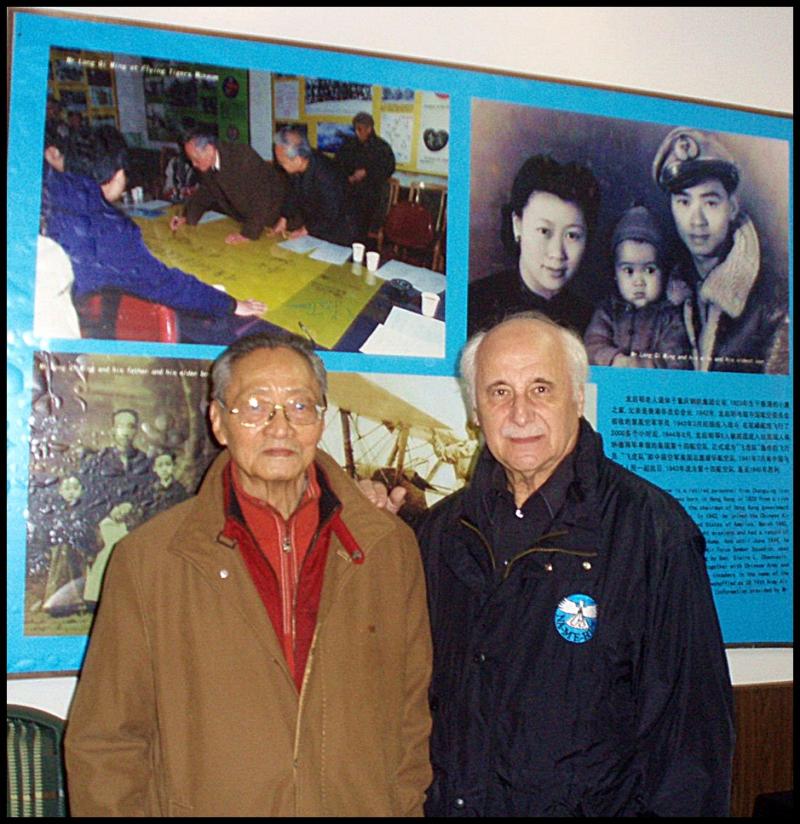 In the movie "30 Seconds Over Tokyo", the air crews were told to get themselves back to 'Chunking' (Chongqing), where the Chinese resistance was located.  Anyone who has watched that movie would be moved by the warmth and sacrifices made by the Chinese people in order to assist the American air crews.  As indicated in the article, the Chinese people venerate those Americans who helped China against the Japanese aggression.

The attitude of Chinese officials towards America today is a lot different since Mao turned China Communist. If Mao had been Chairman during the 2nd World War he would have sided with Japan in return for being allowed to rule China with an iron fist.

China was a faithful Allie to American during the war, too bad Mao had to come on the scene.

The attitude of Chinese officials towards America today is indicated by the comments of the Chinese Ambassador to the USA in the article above, so your comment is ignorant biased bullshit.   Mao welcomed Kissinger and Nixon, and successful trade relations developed between America and Mao's China.  As well, Mao's army fought against the Japanese invaders, and he didn't need Japan to rule China with an iron fist.  So your comment is laughable, but unfortunately there are no flaggable offences for stupid comments.  It has taken Trump and Pompeo to return America to McCarthyism in order to deflect from Trump's incompetent negligent handling of the pandemic, because anyone with a brain in their head at this point would never vote for him now.

Who killed more, Hitler or Stalin? As useful as that exercise in moral rigor was, some think the question itself might have been slightly off. Instead, it should have included a third tyrant of the twentieth century, Chairman Mao. And not just that, but that Mao should have been the hands-down winner, with his ledger easily trumping the European dictators’.

Mao’s most infamous experiment in social engineering was the Great Leap Forward. It was this campaign that caused the deaths of tens of millions and catapulted Mao Zedong into the big league of twentieth-century murderers.

The Great Leap Famine was by far the largest famine in history causing the death of 30-45 million people. It was also man-made—and not because of war or disease, but by government policies that were flawed and recognized as such at the time by reasonable people in the Chinese government.

Being a foreigner there's no doubt you would have been one of Mao's victims if you had lived in China during the Cultural Revolution.

Yeah Buzz, Mao was a real humanitarian who had the best interest of the Chinese people in mind at all times/S

I think a re-read of the times is in order.

The civil war that was going on in China between the Nationalists and the Communists (Led by Mao) was put on hold, and a loose level of cooperation between the two factions was formed to fight the Japanese.  Chinese history is well documented by accounts where the Japanese considered Chinese as sub-human, as such, there would have been little possibility of Mao or any Chinese leader alighting himself with the Imperial Forces of Japan.  Japan in turn needed food, and the raw materials for war, and China which could not defend itself against a modern military wouldn't have wasted any time in negotiating for that which it could easily take.

The rape of Nanjing, Japan's bio-chem weapons testing on Chinese civilians....  No there is little if anything in the history books that would indicates Mao would have signed on in support of Japan's occupation in order to gain/stay in power.

No there is little if anything in the history books that would indicates Mao would have signed on in support of Japan's occupation in order to gain/stay in power.

Thanks for the clarity..... Mao may have just stayed neutral, and supplied war material to Japan, had he been in power.  I can see that possibility.

Mao may have just stayed neutral, and supplied war material to Japan, had he been in power.  I can see that possibility.

Mao was not the topic of this seed.  Since nobody wants to post about the topic, because, after all, the Chinese people reaching out to Americans in the hopes of getting a mutually beneficial relationship back on track is a poisonous subject today thanks to Trump and his poodles, I am now locking comments.