A white Jewish professor of African American history outed herself in a Medium article for assuming various Black identities since she was a child.

Jessica A. Krug, an associate professor at George Washington University whose expertise spans colonialism and African American history, has admitted pretending to be Black for years.

© GWU Jessica A. Krug is a white professor of African American history at GWU who has admitted pretending to be Black.

Krug revealed on a Medium post that for the majority of her life, including her adulthood, she "eschewed" her lived experience as a white Jewish child in suburban Kansas City, Missouri.

Instead, she lived "under various assumed identities within a Blackness that I had no right to claim: first North African Blackness, then US rooted Blackness, then Caribbean rooted Bronx Blackness," her post said.

In her post, Krug says that mental health issues "likely explain" why she assumed a false identity in her youth and continued to develop it into her adulthood. She adds that mental health professionals assured her that this is a common response to "some of the severe trauma" that marked her early childhood and teen years.

"But mental health issues can never, will never, neither explain nor justify, neither condone nor excuse, that, in spite of knowing and regularly critiquing any and every non-Black person who appropriates from Black people, my false identity was crafted entirely from the fabric of Black lives," Krug wrote.

"That I claimed belonging with living people and ancestors to whom and for whom my being is always a threat at best and a death sentence at worst."

Krug, whose case is reminiscent of that of NAACP official Rachel Dolezal, took financial support from cultural institutions such as the Schomburg Center for Research in Black Culture in Harlem, NY, for a book called Fugitive Modernities , in which she wrote about fugitive resistance to the transatlantic slave trade through their identities.

The George Washington University website lists Krug as an associate professor at its Department of History with a "particular interest in West Central Africa and maroon societies in the early modern period and Black transnational cultural studies."

She taught classes on African history and received a Ph.D. from the University of Wisconsin-Madison in 2012.

The university is investigating. "We are aware of the post and are looking into the situation," Crystal Nosal, spokeswoman for GWU, told The New York Times . "We cannot comment further on personnel matters."

The Washington D.C. professor also engaged in activism going by the name of "Jessica La Bombalera," pretending to be an Afro-Latina woman from the Bronx. She testified by video in June to a New York City City Council meeting on police violence.

The Department of History at the university has been contacted for comment.

Rachel Dolezal, who changed her name to Nkechi Diallo in 2016 and served as president of her local National Association for the Advancement of Colored People chapter despite not being black, was charged with fraud in 2018.

According to court documents, Diallo illegally received $8,847 in food and childcare assistance between August 2015 and November 2017, even though she was also earning income from a book she published called In Full Color: Finding My Place in a Black and White World .

A number of former students and black journalists, professors and authors, including Robert Jones Jr., who held a Twitter conversation with Krug on liberation through his Son of Baldwin channel, have reacted to her confession.

And this is her, Jess La Bombalera, supposedly a black Puerto Rican woman from the Bronx??
LOLLLLLL the depths of the racial deceit! https://t.co/sVGuuGbrNK
— Karen Attiah (@KarenAttiah) September 3, 2020

Many are asking themselves how #JessicaKrug managed to fool anyone into believing she was Afro Latina. Well, let me tell you: we were both fellows at the Schomburg and I suppose she fooled me. (a thread §µ)
— Yarimar Bonilla ©¾a" (@yarimarbonilla) September 3, 2020

In my aAfro Latinx Historya class, Jessica Krug discussed dynamics of white scholars engaging in black studies. She really had the audacity pull up an image of the white woman who won an award over her, illustrating how black scholars are often overlooked in the academy. LOL.
— Lena Haime (@LenaHaime) September 3, 2020

Yep. I knew her too. Met her while she was a PhD student. Confided in me a lot about the racism a er, aracisma a she experienced in academia. Plot twist for sure.
— jelani cobb (@jelani9) September 4, 2020

She deleted her Tinder so I can't show y'all, and I know none of y'all will believe this actually happened, but I matched with Jessica Krug -- the white woman pretending to be Black -- on Tinder a couple years back and she went in on me for not caring about Black people enough.
— Ja'han Jones (@_Jahan) September 3, 2020

Good evening Black family,
This morning, I found out that Jessica A. Krug aka Jess La Bombera, is a white woman who has been posing as a Black woman for over 10 years.
— Son of Baldwin (Robert Jones, Jr.) (@SonofBaldwin) September 4, 2020

Trump is off topic. Trump supporters are off topic. 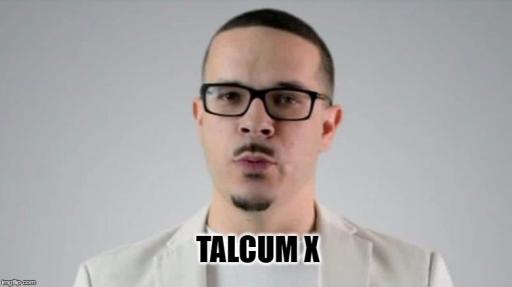 Why do the politically deranged like to pretend to be African American?

How long before the left accuses her of racial appropriation, and, of course---using her white privilege! 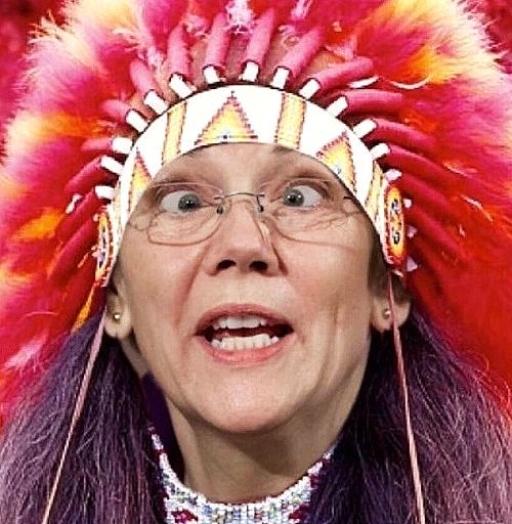 Another liberal white chick pretends to be a minority, DNC puts her in charge of the Native American conference.

What I want to know is why would they give up all of their white privilege and subject themselves to all of the abuse?

Seems like self flagellation to me. They could do that in private with no effect on anyone else.

Identity politics make you laugh, if nothing else.

Clearly there is value in being a person of color or people wouldn't be trying to fake it.

Yowzers!  Would that be like pretending one is a Texan?

I am sure in some demented, sick, under-achieving minds, that is exactly it.