By:   Josh Israel (The American Independent)

Donald Trump said on Wednesday that he is leading in each of six swing states, despite polling averages showing him behind in every one of them. In an

He claimed to be up in six swing states — but he's trailing in all of them.

Donald Trump said on Wednesday that he is leading in each of six swing states, despite polling averages showing him behind in every one of them.

In an interview on Fox News, Trump told host Sean Hannity that Joe Biden was changing his campaign strategy based on a huge swing in poll numbers. Polling has not shown this at all. Biden's national lead, currently at more than 7 points, has been stable for months.

Trump has trailed in the RealClearPolitics polling averages in Florida, Wisconsin, and Pennsylvania consistently since early April. Nearly every poll in those states has shown Biden ahead. Trump trails by 1.2% in Florida, 4.3% in Pennsylvania, and 6.4% in Wisconsin.

Trump has also trailed Biden in most polls in North Carolina, where Biden has a 1.5% average lead; Ohio, where Biden leads by an average of 2.4%; and New Hampshire, where Biden's lead is 9.7%.

While a recent Morning Consult poll showed Trump up by 5% in Ohio, his favorite pollster — the GOP-friendly Rasmussen Reports — recently showed Biden up by 4% in the state.

In the same "Hannity" appearance, Trump then scolded Fox News for having "among the worst pollsters of all." Its polls, like most others, show Biden well ahead. Trump has previously attacked the network for having polls that made him look bad, though he has also cited its polls many times when they are favorable.

FiveThirtyEight grades Fox News polling as an A-, based on methodology and historical accuracy.

The Trump campaign did not immediately respond to an inquiry for this story.

Need more proof Trump is delusional? Well, here it is.

Let him say whatever he want's about the subject...... just go and vote.

Historically, anything that Trump has claimed as true has been a lie.

Maybe his tards will get complacent thinking he has it in the bag and not vote.

No, it just proves that political polls are totally useless as they are entirely subjective in nature according to who commissioned said poll to begin with. Most thinking Americans know that both sides poll a finite number of voters in a particular demographic/geographic area that will respond favorably to the leading questions in the poll. They will poll a finite number of people whether it be 100 or 1000, then manipulate the number of  responses that match their agenda and circular file the majority of those that do not. Then try to pass off the results as representing the total majority of voters. And in all fairness, both Republicans and Denocrats are very much guilty of the same practices.

I never go by the polls. Election night is the only thing that matters.  Last election I thought for sure Hillary was going to win hands down. Look what happened. Everything was in her favor, it was as though the celebration was going on before the election.

You just never know what the quiet ones will do.

I honestly don’t know who will win, but either way, it will not devastate me like it might do to some.

Yep, I hear you. As I posted on another article, oh to be a fly on the wall of some hard core leftist liberal Democrats if/when Donald Trump should win reelection. Heads will most likely implode!😁

I'm sure it's what many people have told him...

Maybe he was holding the results upside down the same way he held the Bible. 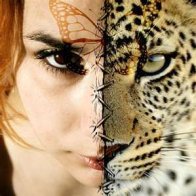 Fake it till you make it, the art of positive thinking, just like he faked the pandemic was over "It's a Democrat hoax" "It will be all gone when it gets warm, we are turning the corner"  the man is a fraud..

Decided to buy some Maalox and join the NT fun again?

Decided to buy some Maalox and join the NT fun again?

Thank you FLYNAVY, Nice see you also, I pop in at times so I will see you another time..

Welcome back.  I have missed you.

Yeah... Trump can say what he wants to his sycophantic base. They have their heads so far up his ass their breath smells like KFC. For the rest of us don't take anything for granted polling always starts to tighten up in the last weeks of a campaign -  yesterday Florida went from Leans Democrat to Toss Up and Nevada went from Likely Democrat to Leans Democrat.

You can all be surprised yet again on election night .

care to wager your future here? are you a man of your word?

Fire truck Trump as we can no longer drop F bombs here.

Perhaps Trump read it wrong or misunderstood.  Leading---losing----what's the diff?

despite polling averages showing him behind in every one of them.

and how many states did trump win in 2016 that showed him behind in the polls?