Donald Trump is taking a hit with people who once supported him because of the revelations in Bob Woodward's recordings, and because of the multiple stories confirming he trashed U.S. war dead and other service members. 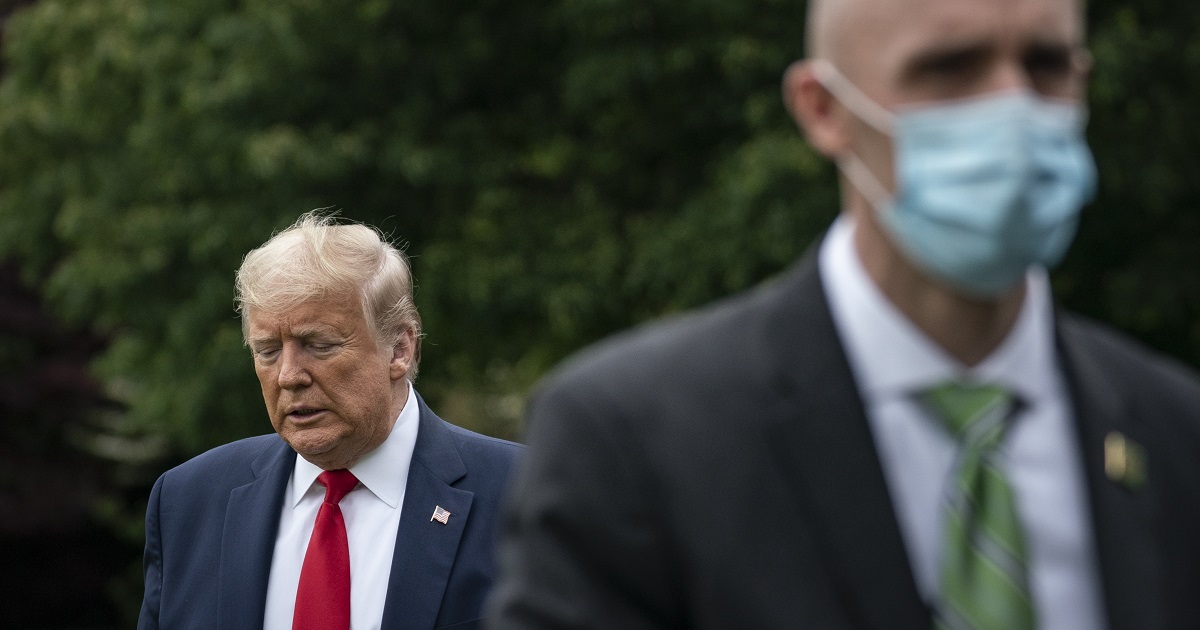 A new poll shows President Donald Trump is taking a hit with people who once supported him because of the revelations in Bob Woodward's recordings, and because of the multiple stories confirming he trashed U.S. war dead and other service members.

The new poll was taken from September 9 through September 11, after the bombshell revelations contained in recordings made for Woodward's new book "Rage" — especially that Trump knew in early February that the virus was much more deadly than the seasonal flu, yet continued to "downplay" the threat — and well after the now-5-times confirmed stories about Trump trashing U.S. war dead, prisoners of war, and other service members.

Respondents were asked about both of those controversies, and the results showed significant erosion on those issues. The Woodward revelations damaged views of Trump's handling of the pandemic, and made many voters less likely to vote for him:

Asked if their opinion of Trump's coronavirus response has changed because of Woodward's big scoop — a tape of Trump privately acknowledging the virus was "deadly stuff" even as he publicly sought, in his own words, "to play it down"— nearly a quarter of Americans (23 percent) say yes. Even 15 percent of those who voted for Trump in 2016 say the Woodward news has changed their mind about the president's handling of the pandemic.
Those might seem like small numbers. But in an age of extreme polarization, they could augur a real shift. Overall, 15 percent of Americans say the Woodward quotes have made them less likely to vote to reelect the president in November — and a third of these were 2016 Trump supporters.

On the military stories, Yahoo! reported a similar pattern:

The military story seems to have had a similar impact. Asked which candidate shows more respect for the military, 50 percent of registered voters name Biden, compared to 39 percent for Trump. By the same margin, voters say Biden would do a better job leading the military than the current commander in chief.
Reactions to Trump's reported remarks on the military were predictably partisan, but nearly a quarter of independents (23 percent) say the news increased their support for Biden, compared to just 9 percent who say the news increased their support for Trump. Six percent of 2016 Trump supporters say they have moved toward Biden as a result.

Bob Woodward is an icon. The reporter who brought down Nixon. A reporter who would publish nothing without a second source - hey! we all watched All the President's Men fourteen times, right?

When Bob Woodward speaks, people believe him. Even crazy nutzoid right-wingers know that Bob Woodward tells it like it is.