This river in Canada is now a ‘legal person’

The designation – a first in Canada – aims to give the Indigenous community an added tool to defend the river, known as Muteshekau Shipu in the Innu language, from potential environmental harms.

“The Creator put us on this piece of territory called Nitassinan, which encompasses all these rivers, all these mountains, all these trees,” Pietacho, chief of the Innu Council of Ekuanitshit, told Al Jazeera in a phone interview. “The Innu people always believed that you had to protect the earth. It’s water – it’s life.”

The Magpie River, which sits on the north shore of the St Lawrence River and is known for its strong rapids, currently has one hydroelectric dam on it, but the provincial energy authority has said it has no plans for further development on the waterway.

weaving currents of wisdom and desire,

She is the Ganges turning north,

her eddies a dreamscape upon the other shore

and all you dancers, fishers and sadhus …

all you fit in full muscular display …

all you living and dying and yet not gone …

Her eddies shallow or deep

will not be your whore.

If corporations can be people, why not?

Protect the waters since they are the lifeblood of the planet. 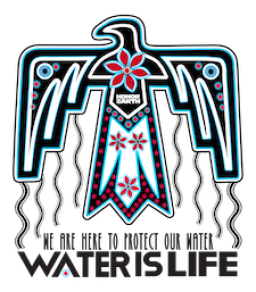 Meanwhile in the USA:

Meanwhile, in the United States, legal personhood cases have been met with staunch opposition. A court in the US state of Ohio last year ruled as unconstitutional the Lake Erie Bill of Rights, passed by the city of Toledo in 2019, which recognised the lake’s “right to exist, flourish, and naturally evolve”. A farmer had sued, saying the move was an “unconstitutional and unlawful assault” on family farms.

Professor Principal
5  Buzz of the Orient    8 months ago

Rivers have been granted legal rights in countries such as India and New Zealand.  It would be interesting to see if the Canadian government (through the courts, if necessary) would grant such personhood.