Cold case team says it has identified the Zodiac Killer

By:   BY RACHEL SCULLY

This is the Zodiac speaking

A team of more than 40 specialists believes it has identified the Zodiac Killer, an unnamed serial murderer who operated in the San Francisco Bay area in the 1960s.

The Case Breakers, which consist of former law enforcement investigators, journalists and military intelligence officers,  said in a press release  that they believe they have identified the Zodiac Killer as Gary Francis Poste, who died in 2018.

The Zodiac Killer has been connected to five murders between 1968 and 1969. The killer notably taunted authorities through complex riddles and ciphers sent to media and police during the investigations.

The Case Breakers say they identified Poste as the killer after uncovering forensic evidence and photos from Poste's darkroom. The team said a few images featured in the press release show scars on his forehead that match scars on a sketch of the Zodiac Killer.

Jen Bucholtz, a former Army counterintelligence agent who works on cold cases, said the team also found deciphered letters sent by the Zodiac that revealed Poste as the killer,  according to Fox News .

"So you've got to know Gary's full name in order to decipher these anagrams," she said. "I just don't think there's any other way anybody would have figured it out."

The Case Breakers also believe that Poste is responsible for the murder of 18-year-old Cheri Jo Bates, who was found dead in an alleyway in Riverside, Calif., two years before the Zodiac killings. However, Fox News noted that the Riverside Police Department's Homicide Cold Case Unit determined that her murder is not connected to the Zodiac.

Nevertheless, the Case Breakers believe Bates was a victim of the Zodiac Killer and have continually tried and failed to get police investigators to compare her DNA to Poste's. The team said they obtained a 1975 FBI memo to Riverside police saying that Bates was a Zodiac victim.

Team member Bill Proctor, a former police officer who spent 40 years in television news, told Fox News that the Riverside Police Department is not revealing all the evidence it has on the killer.

"They're not talking about what they have, which means that anybody else who comes to the table might have a reasonable argument that an outside organization's information is as valuable, if not more valuable, than what the police department has already done," he said.

Fox noted that the Riverside Police Department this year offered a $50,000 reward for information leading to a conviction in the infamous murder case. 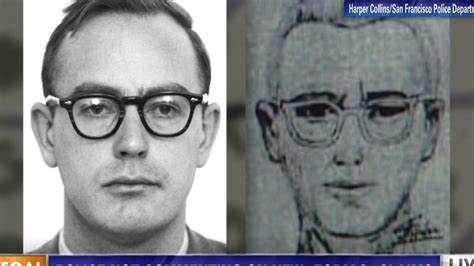 Very odd because both the FBI and Riverside "strongly" disagreed today.

After uncovering new forensic evidence and photos from his darkroom, the Case Breakers said they identified the man believed to be the Zodiac Killer, who they believed died in 2018, according to a news release. The group of 40 former investigators also claimed the man was responsible for the 1966 murder of Cheri Jo Bates, whose body was found in an alleyway in Riverside, California.

"The case remains open and there is no new information to report," the FBI said.

Riverside police Officer Ryan J. Railsback told NBC News that authorities "ruled out any connection" between the murder of Cheri Jo Bates and the Zodiac Killer.

"We don't know how we can be any more clear," he said Wednesday. "The $50,000 private reward is still valid. If someone has any information on the Bates case please come forward."

In August, Riverside police said the anonymous handwritten letter purportedly tying the Bates case to the Zodiac Killer was found to be a hoax.

"In 2016, investigators received an anonymous letter from a person admitting the handwritten letter sent to our department months after Cheri Jo Bates was murdered was written as a sick joke, and he was not the Zodiac killer," police said at the time.

Then the case is not closed...

Well Zodiak hasn't been heard from since March of 1971 for sure when he promised to kill again on August 10.

Later in 1974, 4 postcards or notes to the media from "a friend" or the Red Phantom that mimicked

So 46 years of nothing except the occasional Joke that the murders stopped when Ted Cruz was born...

Our version of the Jack the Ripper of unsolved cases

Maybe he could not get a day pass from his assisted living facility.

Just as who Jack The Ripper was is still unknown, this may go on for just as long.